CHICAGO (CBS) -- A man is fearing for his life after a video went viral on social media showing what appears to be the man taking a baseball away from a kid.

A witness, however, says social media got it wrong. CBS 2's Roseanne Tellez spoke to the witness at the game, who immediately came to the man's defense.

The Cubs first base coach tossed a foul ball to a child, but when it rolled under the seat, the man in the next row grabbed it, seemingly ignoring the boy and handing it off to a woman.

Social media lit up following the incident, as people took to the internet calling the man a "heartless Cubs fan," "a terrible grown man," and "evil."

The man sitting next to him came to his defense.

"He had already helped that kid get a ball. TV got this all wrong," tweeted Chuck Mycoff.

Mycoff says that fan, visiting from out of town, is reluctant to leave his hotel room.

"He thanked me for stepping up and getting out front for him," Mycoff said. "He's still a little bit afraid. He was absolutely overwhelmed."

After talking to the little boy's family, the Chicago Cubs are also going to bat for the man.

"The family was deeply dismayed to hear about the terrible accusations," the Cubs said in a statement. "A video has made a national villain out of an innocent man." 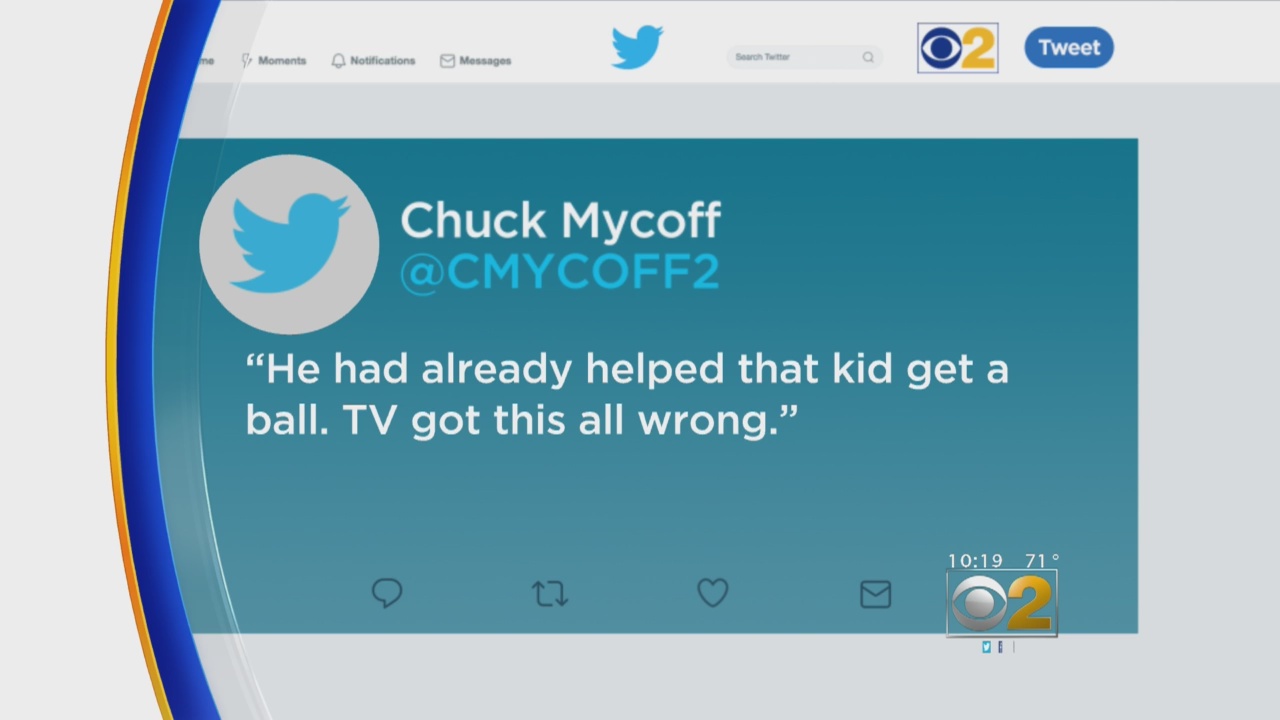 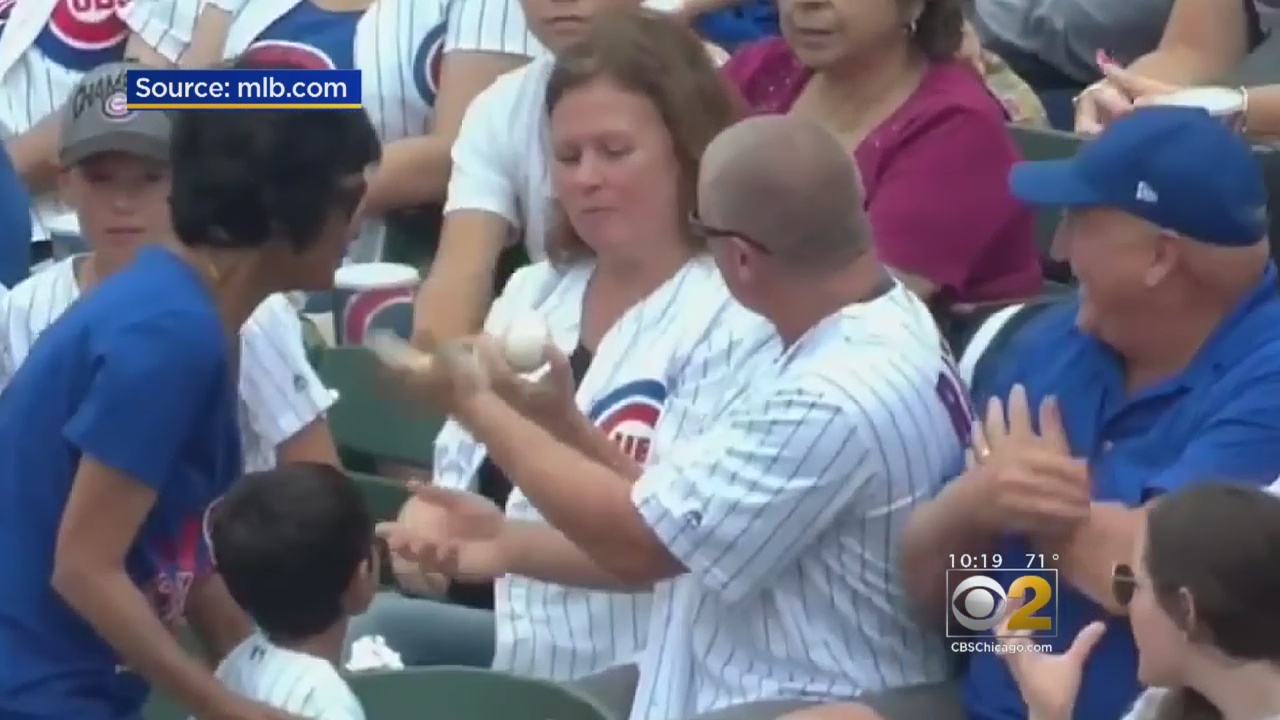 "What does that say to you about the power of social media to harm somebody's reputation?" asked CBS 2's Roseanne Tellez.

When asked if people need to push the pause button before commenting on social media, Schmidt responded, "It's twitter. They're not going to press pause. Twitter moves in real time, unlike Facebook, so the immediacy of it is what's part of the problem."

"I just kept seeing all these things and I'm going 'boy that's crazy.' In fact, I'm still seeing them," he said.

The Cubs say the man was on his first trip to Wrigley and hope this didn't ruin his trip.

Cubs fans outside the game admitted they thought he was a jerk after seeing the video and now say they're sorry they didn't see the whole picture.