CHICAGO (CBS)--When court began Wednesday in the Jason Van Dyke trial, a day after the police officer charged with murder took the stand, Van Dyke's defense team rolled out the police car's tire that Laquan McDonald slashed the night he was shot.

The defense team quickly rested its case after the tire was admitted as evidence.

Prosecutors began their rebuttal by reading a record of what Van Dyke said to Chicago police detective David March, who was assigned to investigate McDonald's shooting. The state told the court that if March were called to testify, he would say that Van Dyke told him his partner advised him to stay in the vehicle as they approached McDonald.

The single rebuttal witness called by prosecutors, Cook County sheriff officer Adam Murphy, testified about the amount of blood he saw at the shooting scene when he arrived shortly after McDonald was shot.

Murphy is the only police officer who approached McDonald after he was shot. He testified that no one performed CPR.

The prosecution showed the infamous police dashcam video with McDonald lying on the pavement and asked Murphy what he saw.

"I saw a large amount of blood on the pavement," Murphy said.

The case has sparked tension and upheaval across Chicago for nearly three years, so the city will be on high alert following the verdict.

Speaking to the media after court on Wednesday, of the activists who was instrumental in getting the video of the shooting released in 2015, William Calloway, said any reactions following the verdict should be peaceful.

"We want to continue to ask everyone to take to the streets," Calloway said. "Be peaceful and nonviolent, but don't be calm."

Former president of the Fraternal Order of Police, Dean Angelo, has been supportive of the Van Dyke family during the court proceedings, often sitting next to Van Dyke's wife during the trial.

"I believe if the emotion of the video is removed from the jury's mindset and the law is followed, I don't think the state has proven their case at this phase," Angelo said.

Both sides are scheduled to present final arguments on Thursday.

A source told CBS 2 the jury is likely to be sequestered during deliberations.

The prosecution briefly questioned a witness about the presence of blood at the scene of the shooting.

Tuesday was a momentous day in the trial. Van Dyke took the stand in his own defense for nearly 90 minutes in what has become one of the most high-profile criminal cases in Chicago history. 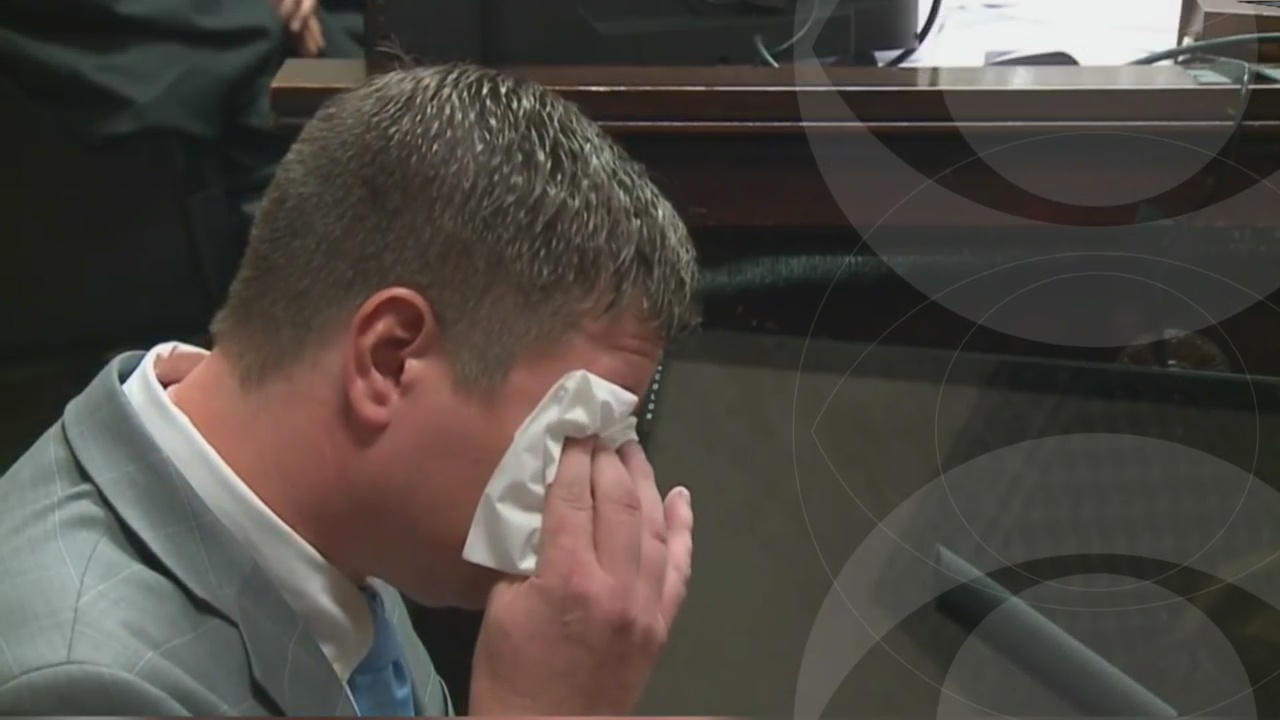 Laquan McDonald was shot in October 2014 after police were called to a report of someone breaking into vehicles. Testimony and video show responding officers called for help and were waiting for someone to arrive with a Taser.

Squad car video shows McDonald was veering away from police, a knife in one hand, when Van Dyke started shooting.

Van Dyke, 40, said he opened the car door in attempt to stop McDonald, but the video shows the black teenager walking away from the police cruiser. Van Dyke said he repeatedly yelled "drop the knife," but McDonald "never stopped" advancing and didn't drop the knife.

Van Dyke appeared to be holding back tears during portions of his testimony.

Van Dyke said McDonald got about 10 to 15 feet away from him. He said McDonald waved the knife, and that's when he shot him 16 times on Pulaski Road near 41st Street.

The defendant took the stand after a psychologist testified that he believed that when Van Dyke fired his weapon it was a "reasonable response" to what he perceived as a deadly threat posed by McDonald.

Dr. Laurence Miller interviewed Van Dyke for the defense. He said the officer told him that before he got out of his squad car, he had told his partner they would have to shoot the black teenager and wondered why officers had not already done so.

During cross-examination, prosecutors pointed out that the dash cam video and the defense team's own animation reenactment of the shooting doesn't appear to show Mcdonald raising the knife toward Van Dyke.

The jury has been sent to deliberate the verdict in the Jason Van Dyke murder trial after ten days of testimony that culminated today with closing arguments.

The trial has lasted 11 days, with 40 witnesses. Now 12 jurors will have the final say. Is Chicago police officer Jason Van Dyke guilty of first degree murder?

Closing arguments are set to begin Thursday in the Van Dyke murder trial. The Chicago Police Department said it is increasing police patrols around the city in preparation for the verdict.

Officer Jason Van Dyke testified in court Tuesday, taking the stand in his own defense. He claimed he just wanted Laquan McDonald to drop his knife.

Jason Van Dyke took the witness stand on Tuesday in his murder trial, telling jurors the infamous video of the shooting does not show what he saw when he shot and killed Laquan McDonald. Van Dyke insisted the teenager raised a knife across his body, prompting the officer to open fire.