CHICAGO (CBS) -- The University of Chicago's Booth School of Business has shifted to online-only classes for at least the next two weeks, after a group tested positive for COVID-19.

Both the Hyde Park B-school campus and the downtown campus at the Gleacher Center are affected.

As CBS 2's Charlie De Mar reported, the results came after more than 100 students "congregated off-campus on Chicago's North Side, many without wearing face coverings," and some of them tested positive.

In an email to students, U of C Dean of Students Michele Rasmussen and Associate Vice President of Safety and Security Eric Heath said the vast majority of the university community has followed COVID-19 protocols, but this group of full-time MBA students did not.

Simon received the email from the dean's office explaining the situation. 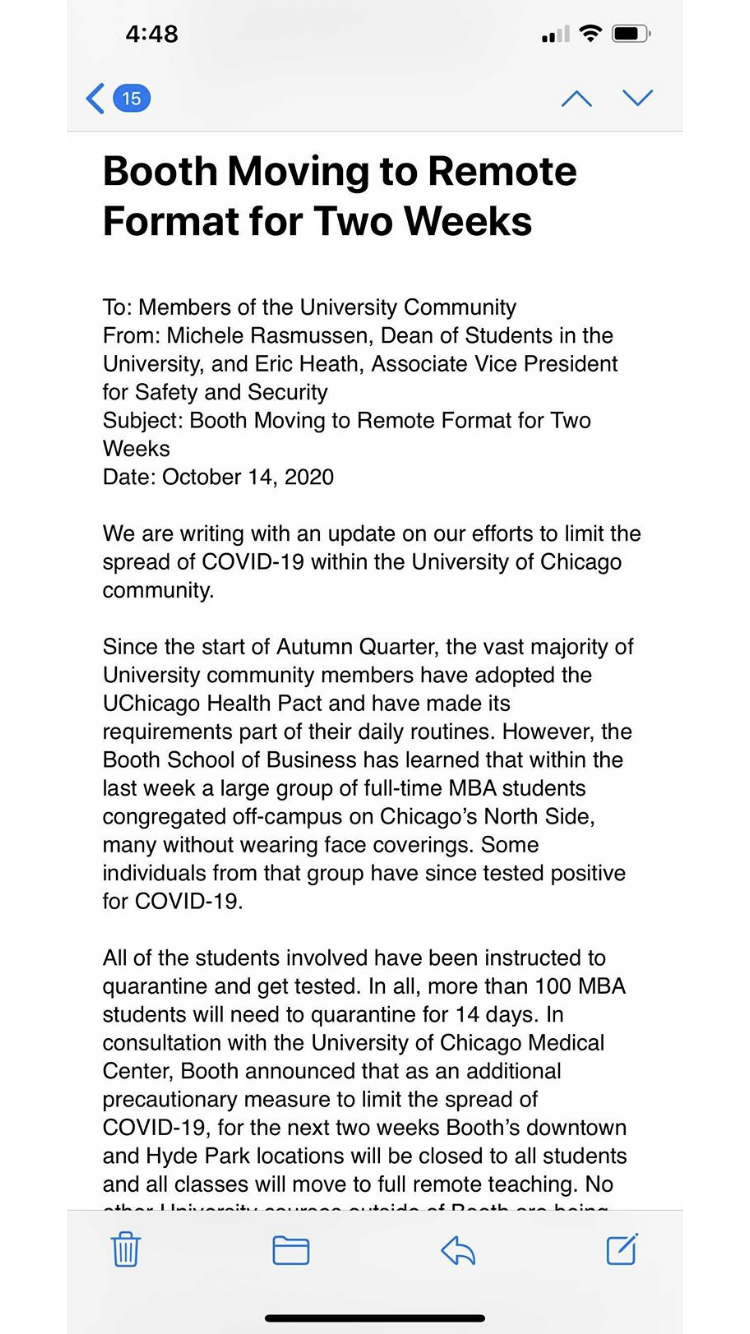 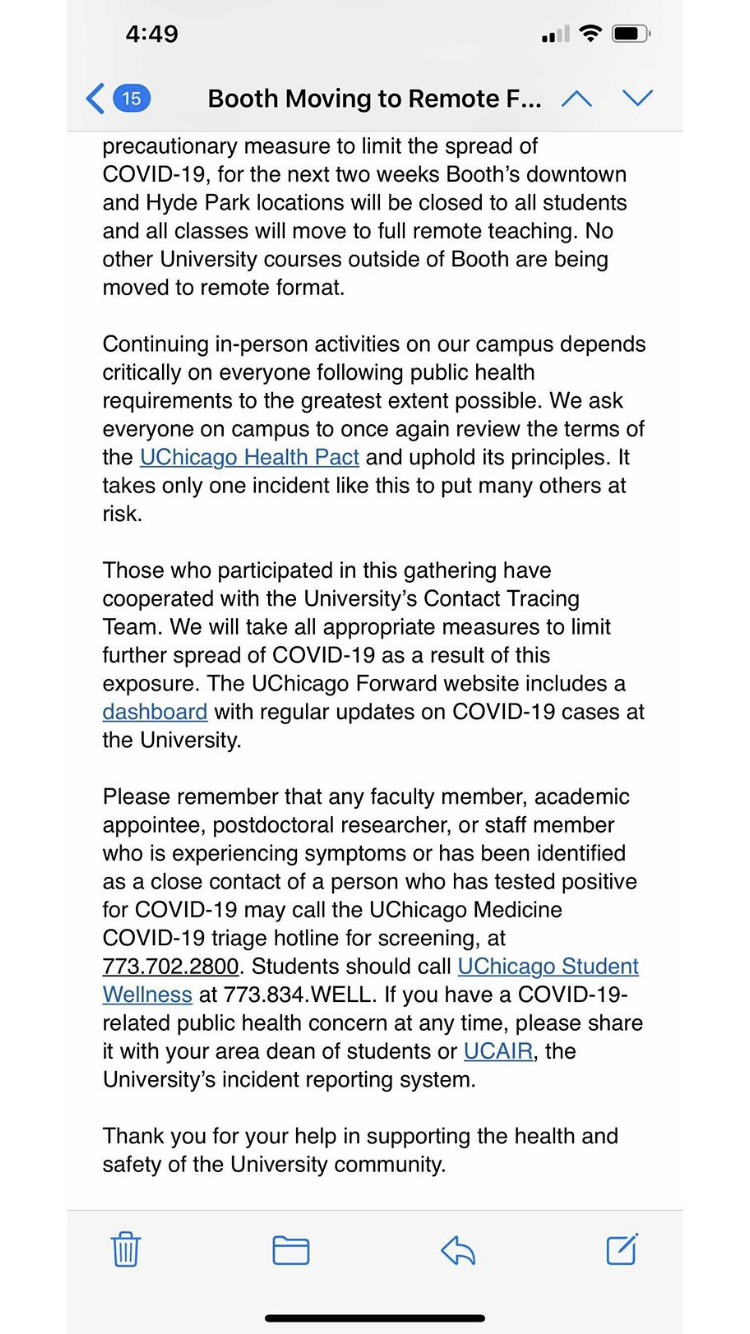 "We expect maybe irresponsible behavior from undergraduates; college students who are living away from home for the first time, but these are kids who have been out working and are here to demonstrate leadership," Simon said, "and clearly, they didn't do that."

Now, those more than 100 students who were at the party are also in quarantine - unable to attend class in person for at least the next two weeks.

"To jeopardize the opportunity that they've been given to come here by doing something so reckless seems to be short-sided," Simon said. "I think that this is something that merits a response from the university."

The U of C called the social gathering unsanctioned. It was not clear late Wednesday whether there would be any discipline handed down to the students who attended the party.