CHICAGO (CBS) – A Purple Heart recipient received a joyous welcome when he returned to the United States and surprised his beloved dog, Doc. 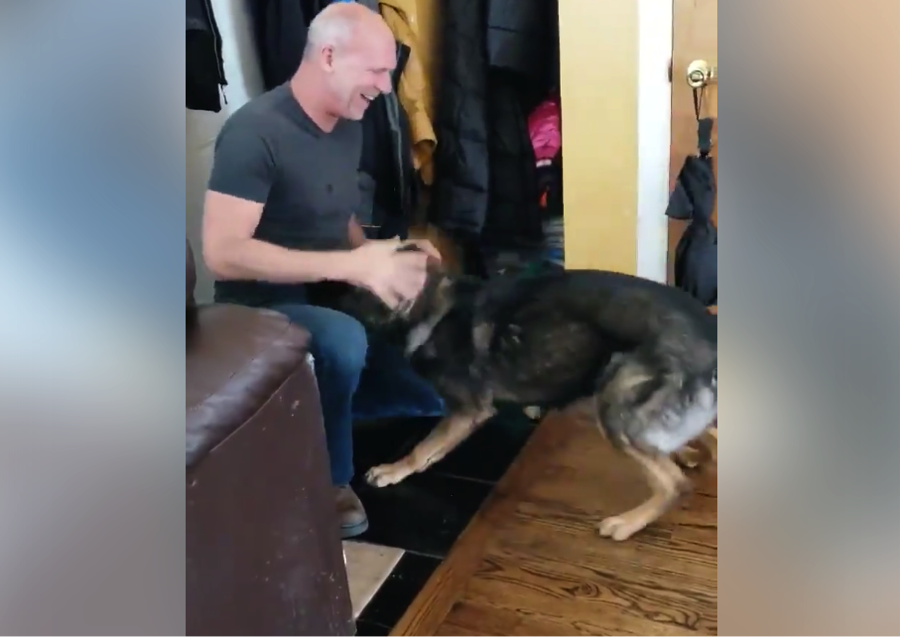 Major William L. Hotopp had been stationed in Jordan throughout the month of April. He has served in the Illinois National Guard for 32 years and has been deployed eight times.

Katherine Kourlesis, who works for Major Hotopp's law practice in Sandwich, Illinois, took to Facebook to post a video of the major reuniting with Doc, a Czech shepherd who had been staying with trainers over the last 10 days of deployment.

As for the connection between Major Hotopp and Doc, Kourlesis says, "Doc and Major Hotopp are a perfect match for each other. I have never seen such a strong bond."

Kourlesis tells CBS 2 that Major Hotopp "is an amazing boss. He regularly takes cases from Prairie State Legal (low income free legal services) and he is just an all around amazing person." Major Hotopp plans to retire from the military.