CHICAGO (CBS)—More than 1,500 teaching and graduate assistants at UIC are without a contract and are going on strike for higher pay after the union failed to reach an agreement with university administrators.

Graduate workers will start picketing Tuesday morning around 9:30 a.m. They say they're fed up with low pay, university fees and appointment policies. 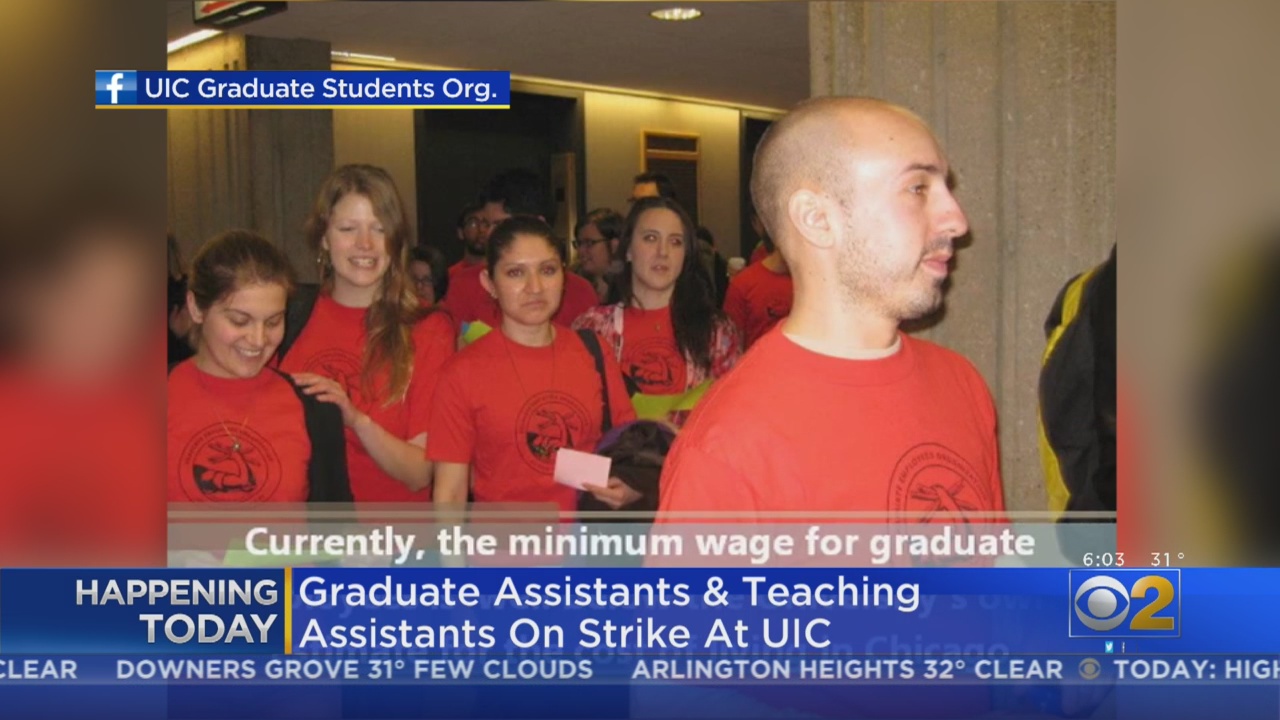 The union met with administrators for the university Monday night for the 22nd time to negotiate a new contract. Union employees have been working without one since September 2018.

In a statement sent out Tuesday morning, UIC said administrators planned to meet with union representatives again on Friday and said classes would continue amid the strike period.

"All members of the university community will be expected to meet for classes as usual," the statement reads, in part. "During a strike, the university is committed to continuing normal operations to the fullest extent possible."

Last month, a majority of union members voted to move forward with a strike.

The union says grad workers are living on the edge of poverty. They make as little as $18,000 per year despite some employees running classes of up to 60 undergraduate students.

They believe they deserve better because the university is doing well. Enrollment is at a record high and new construction projects are in development on campus.