CHICAGO (CBS) -- Slick roads due to weather may have been a factor in a late-night crash that left a police car damaged and sent two officers to the hospital on the city's Northwest Side.

Two Chicago police officers in an SUV were driving north on Cumberland when another vehicle crossed into the southbound lanes of traffic.

The officers dodged the oncoming vehicle by driving onto the shoulder of the road but struck a light pole before the SUV came to a stop. 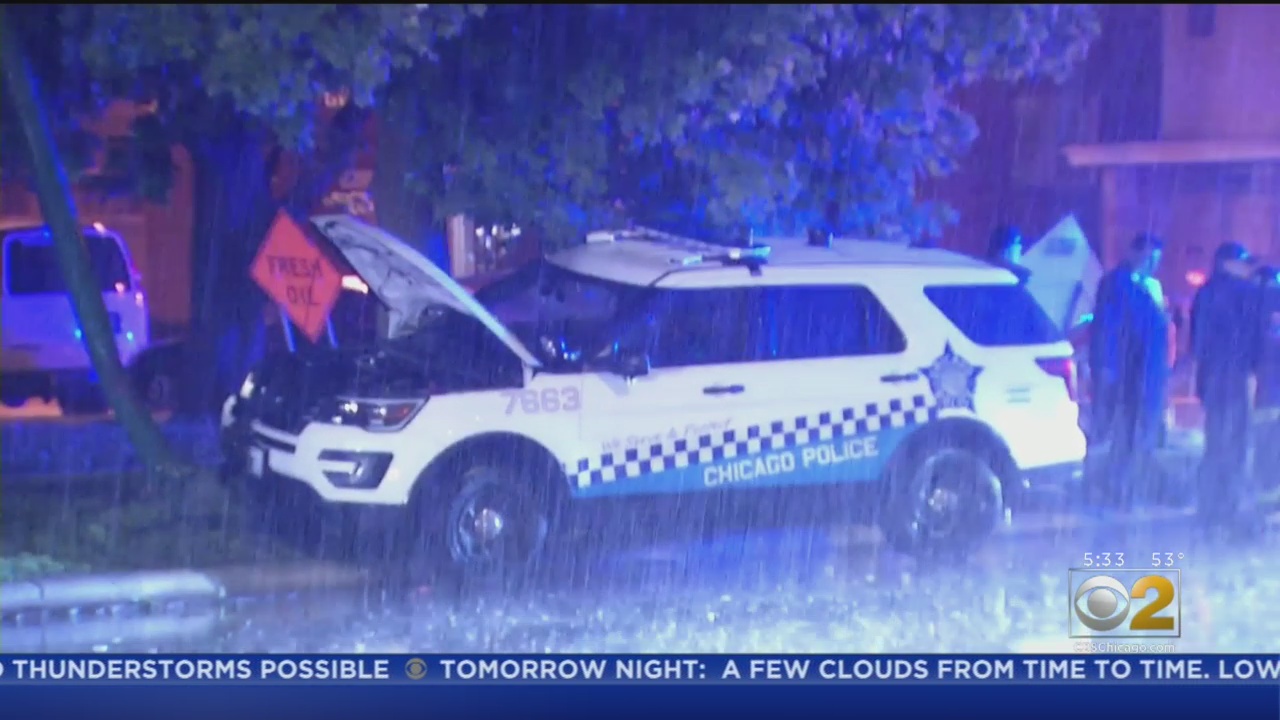 The officers were treated and released in good condition from a nearby hospital.