CHICAGO (CBS) -- Although the family of the man who pretended to be missing boy Timmothy Pitzen wants him punished, Pitzen's family called for forgiveness.

"It's back to ground zero for us. Kind of reliving everything that did happen and renewing the loss," said Timmothy's grandmother Alana Anderson. 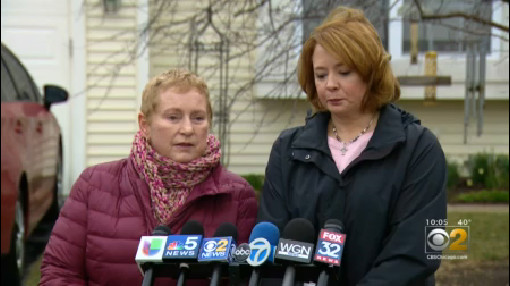 Heartbreak can be heard in their voices and seen on their faces. But Timmothy's grandmother and aunt aren't losing the hope they've held onto for almost eight years now.

"All we can do is hope," said Timmothy's aunt, Kara Jacobs.

"I am hopeful and certainly hope that if Tim is in a place where he has communication with the media or a computer that he'll remember us enough to look for us some day, and I think he will," Anderson said.

The family had nothing negative to say about 23-year-old Brian Michael Rini, the man behind what they wouldn't call a hoax. They say they're praying for him.

"We hope that everyone will joing us in praying for the young man who claimed to be Timmothy Pitzen," Jacobs said. "We know that you are out there somewhere, Tim. And we will never stop looking for you, praying for you and loving you."

The Aurora police, who have been investigating Timmothy's disappearance, were cautiously optimistic about his potential discovery.

But like so many, they were shocked and hurt it wasn't him.

"Well, I'm disappointed," said Aurora police spokesman Sgt. Bill Rowley. "I'm disappointed that this appears to be either a hoax or some person that's obviously lying about who he was. But I feel terrible for the grandmother and the aunt and the father. As a parent myself, I feel for them that this is yet another time when they've had their hopes raised potentially. I really feel bad for them. I hope that some day we're able to find young Timmothy and find out where he was and what happened to him, so that we can reunite that family again."

Police say if any good is to come from the hoax it's a renewed sense of interest in finding Timmothy, which they hope will generate new leads.