The weekend! Let's take a moment to breath it in.

Here are three great things you can do this weekend... 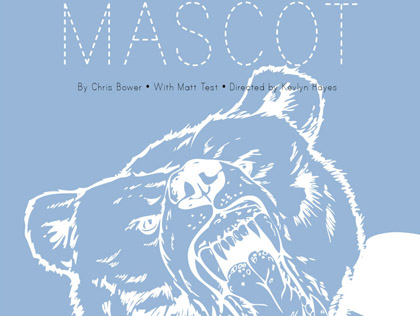 Mascot is a play, but you shouldn't hold that against it. Mascot is hilarious. It's also inappropriately weird... which just makes it even more hilarious. Now, I would never, I mean NEVER, recommend anyone go to a play (for obvious reasons)... but for Mascot, I'll make an exception. You should go.

Mascot is about a man who's had a restraining order placed on him to keep him away from his son's high school football games. In order to get closer to his son, this man decides to dress up as the school mascot so he can secretly attend the games. This guy's more than a bit off the deep end, and it's really funny for everyone who isn't him or his family. The show is written by Chris Bower, Directed by Kevlyn Hayes and performed by Matt Test. It's presented by Found Objects Theatre Group. Mascot will be playing until May 26th.

For the next week and a half, Chicago is going to be taken over by Chicago Craft Beer Week. Some of the coolest bars and restaurants in the city will have great events and deals to celebrate. This is the one time a year bums like you and I can pretend we're sophisticated, so we better soak it up! The beer, that is.

There's this thing called Star Trek -- maybe you've heard of it? Apparently there's like eighty million of them, and the newest iteration, Star Trek Into Darkness, just came out.

Want to see it and lemme know if it's worthwhile? Thanks!

Find out what to expect from Star Trek Into Darkness in this review.