CHICAGO (CBS) -- Walking through Macy's Department Store the other day, shoppers could be heard discussing the latest fashion controversy.

"I can't believe Tampa won't allow fans to wear Blackhawks colors in the arena," one said.

Now, that is not entirely true. However, that's the problem when PR people try to explain away a silly policy with nuance.

Nobody pays attention to nuance. Incidentally, the players in the Stanley Cup Final couldn't care less. In fact, Tampa Bay has fared better on the road during the playoffs, winning seven games, compared with five at home. This is all about image, nothing more.

Here's the deal: Fans from the opposing team can wear their colors, but just not in certain areas, such as corporate club seats and the first two rows, along the glass. Tampa management says it's a relatively small percentage of seats.

The graphic below from Stub Hub shows the areas (highlighted in orange) where fans can still buy tickets for Game 2 on Saturday but cannot wear their Blackhawks sweaters, T-shirts, etc. 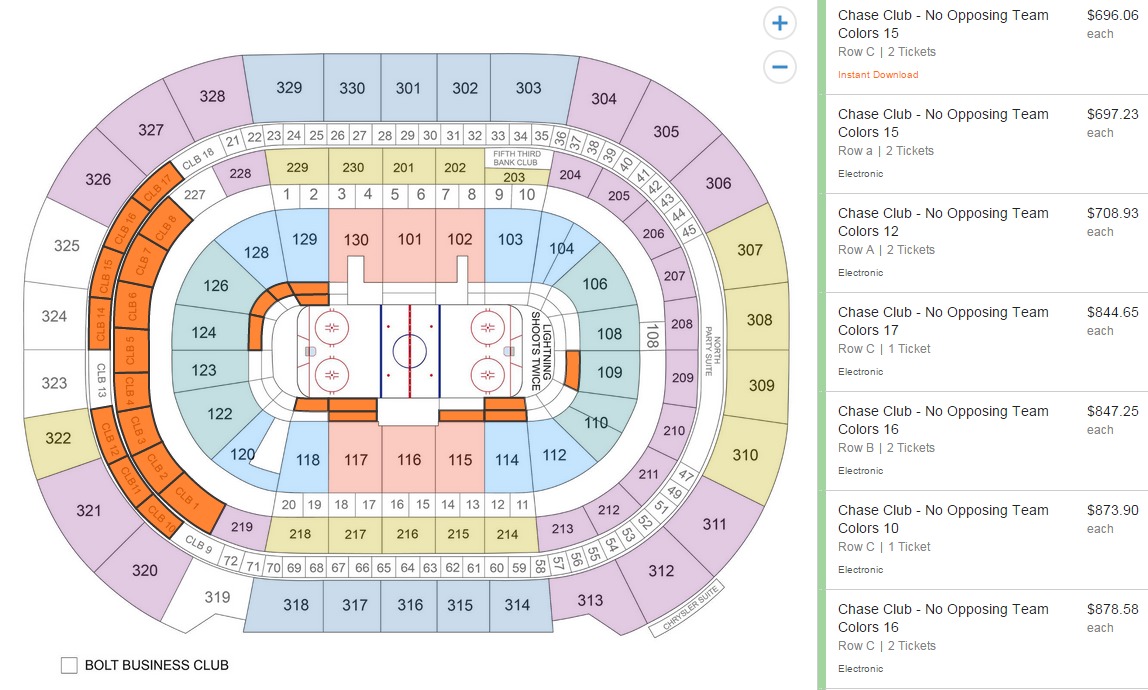 The prices range from $700 for the upper level club seats to $4,000 or more for seats in the first two rows.

Now, if one can afford to spend $4,000 for seats by the glass, what's another $150 for a second jersey to flout the company policy?

That is exactly what this crafty young fan did for Game 1, concealing his true allegiance.

Then you have these brave fans, making a bold statement right behind Tampa coach Jon Cooper.

Beyond the restricted zones, there was plenty of Chicago in the crowd.

And here is what one Tampa Bay fan thought of the whole affair. 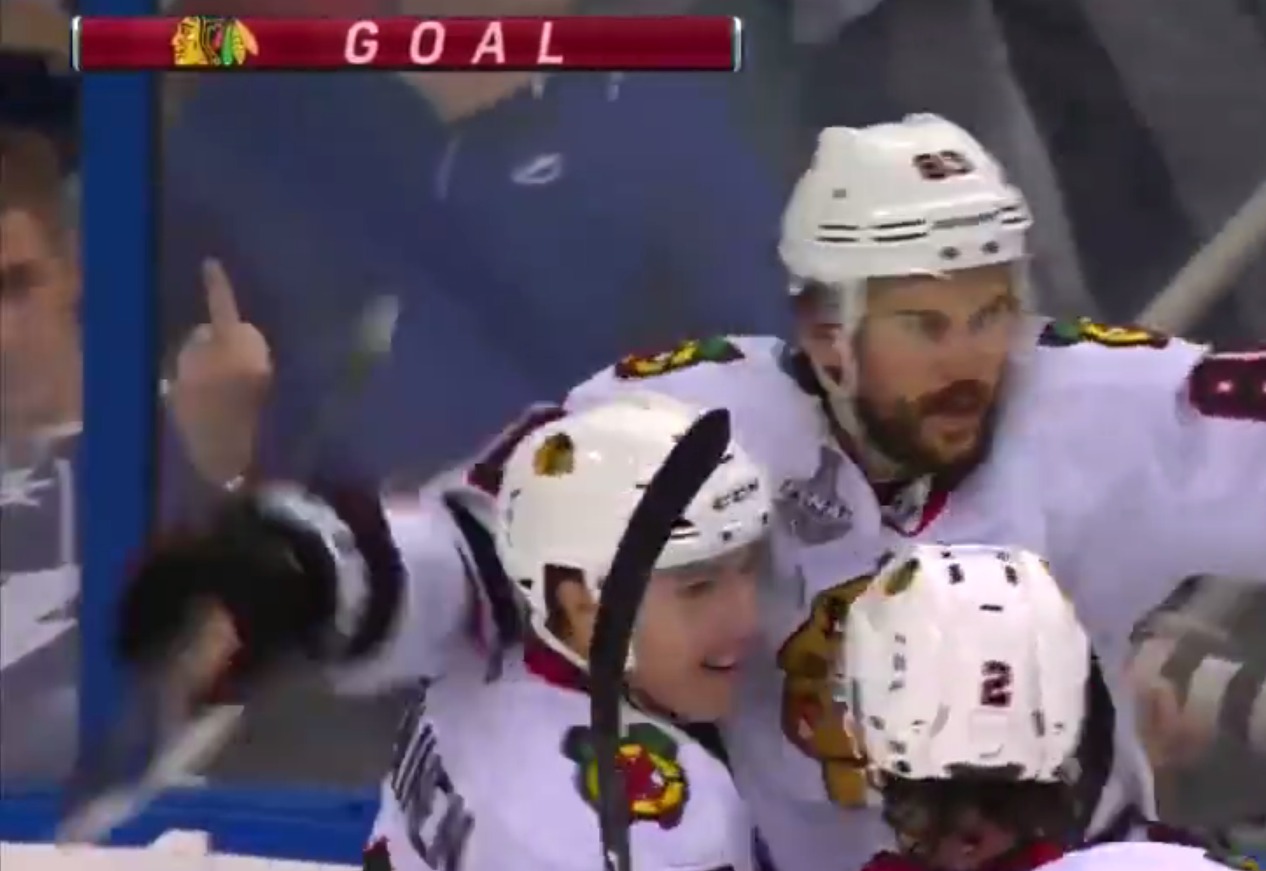