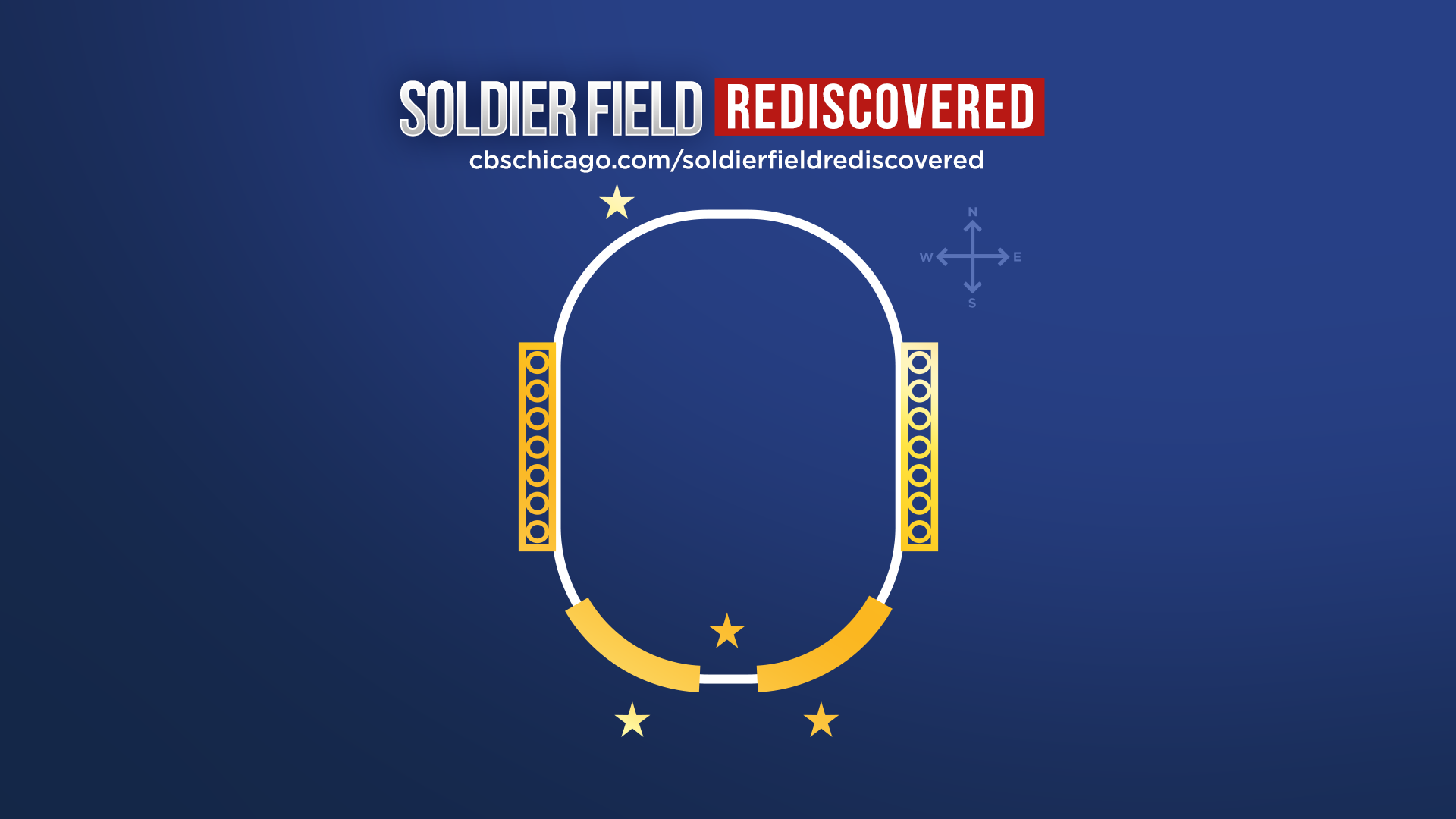 Soldier Field is the current home of the National Football League's Chicago Bears. It also hosts major soccer matches and has been an iconic venue for huge stadium concerts. 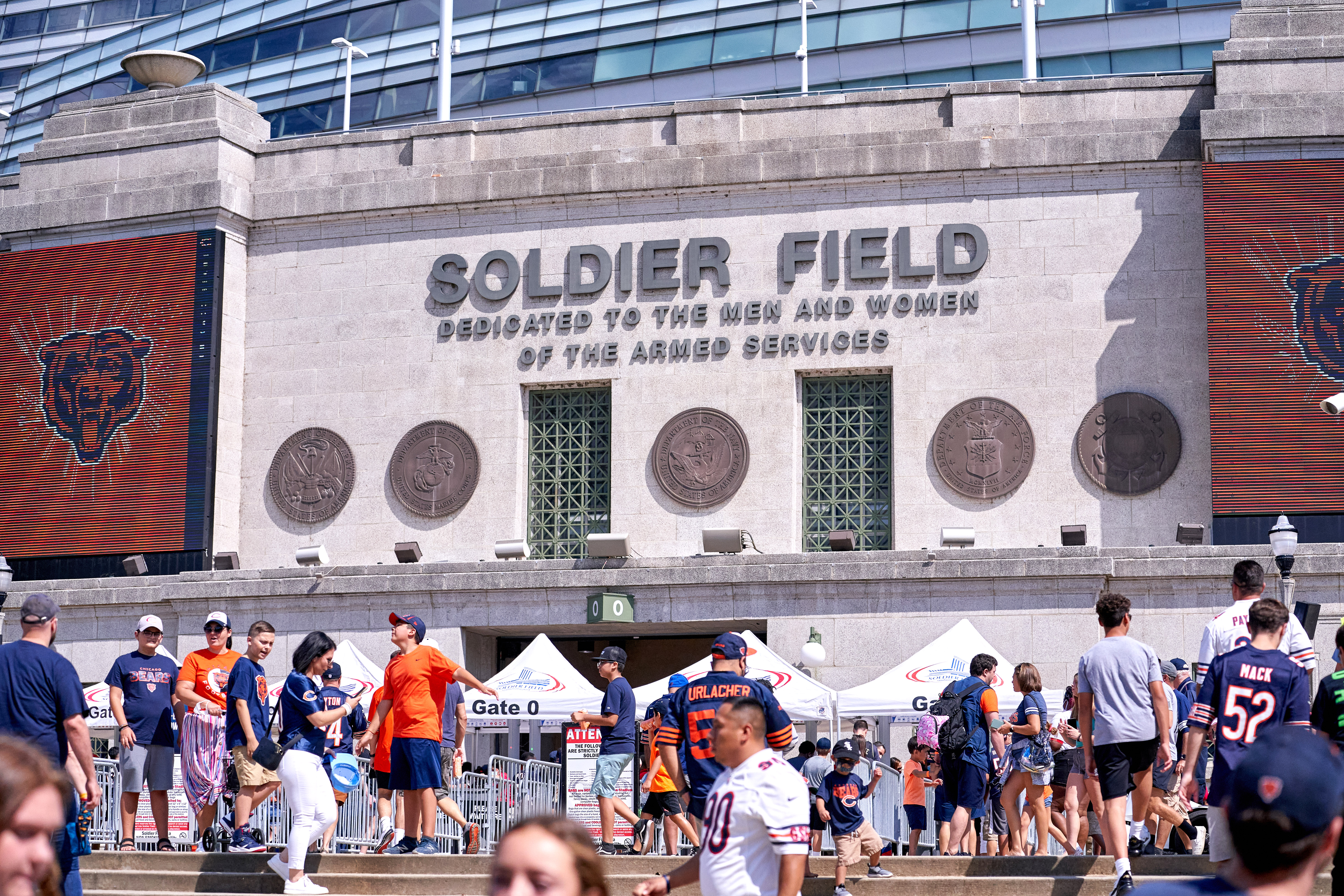 Solider Field (known at the time as Grant Park Municipal Stadium) was designed in 1919 and formally hosted its first football game on Oct. 4, 1924. The name Soldier Field commemorates American soldiers lost in wars, and the historic colonnades, Doughboy statue, and Memorial Water Wall all pay homage to our fallen heroes. (More on that below.)

Soldier Field became the official home of the Bears on Sept. 19, 1971, when fans were treated to a 17-15 victory over the Pittsburgh Steelers. Thirty years later as part of the Lakefront Redevelopment Project, the city and state approved a plan for a major renovation and reconstruction of Solider Field. Ground broke on the new stadium in January of 2002, forcing the Bears to relocate at Memorial Stadium in Champaign, Ill., for the 2002 season. The stadium renovation was completed in 20 months, officially re-opening its doors on Sept. 29, 2003 for a Monday night tilt against the rival Green Bay Packers.

Despite losing its status as a national historic landmark during the renovation and a reduction in seating capacity, the amenities and sightlines have dramatically increased the game day experience for fans. On average, Soldier Field patrons are 37 feet closer to the field compared to the other NFL stadiums, and the colonnades are open year round providing breathtaking views of the skyline and Lake Michigan.

To mitigate the spread of COVID-19, there will be more options for cashless payments. Although for those who still prefer to use cash, that's possible, too.  There are more hand sanitizing stations, and bathrooms will be closed and cleaned more often, especially during games. As of Aug. 20, masks will be required in indoor areas of the stadium, based on the city's mask mandate. 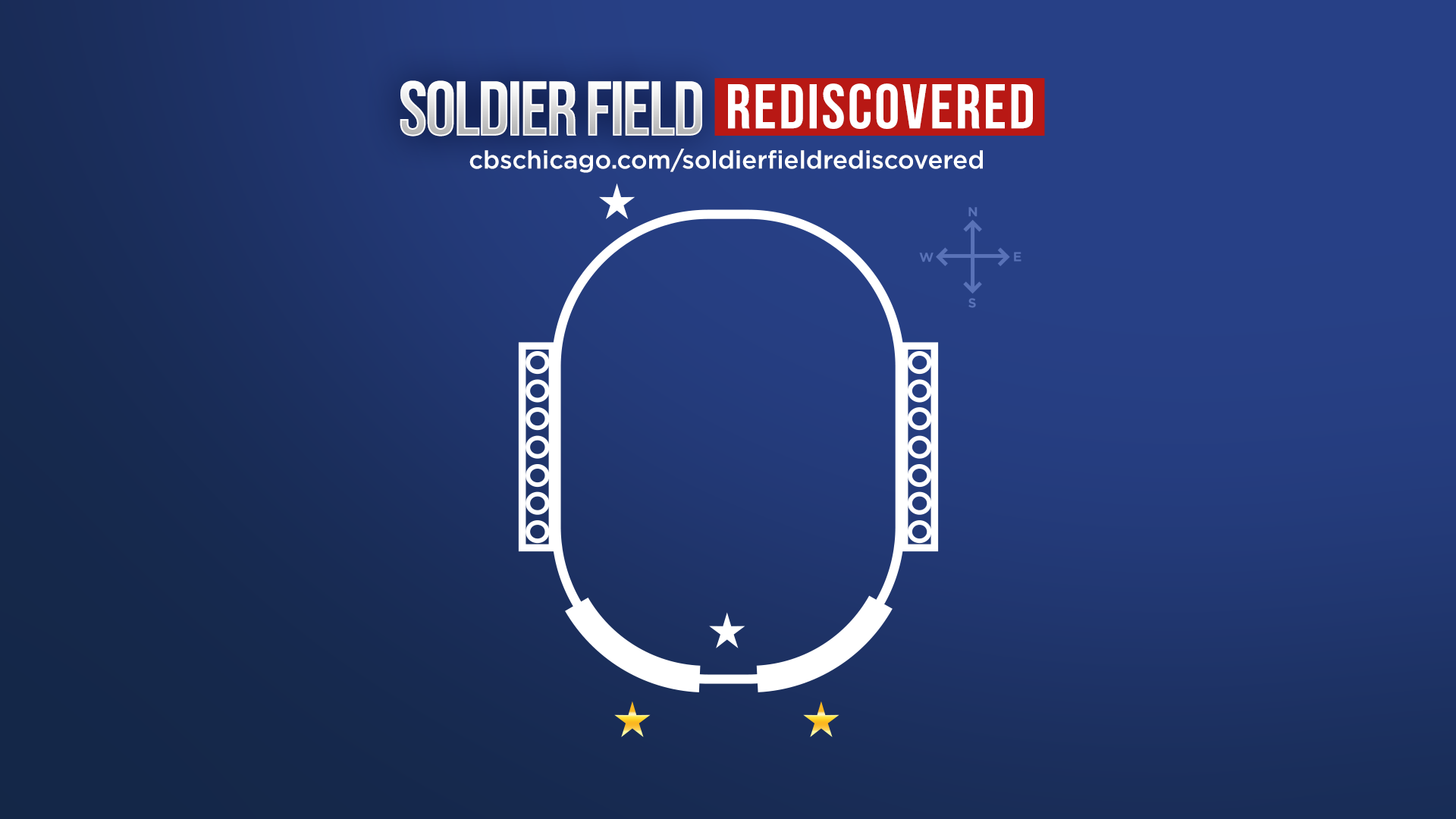 Don't pass up a chance to snap a photo next to the statues of team founder George Halas and Bears legend Walter Payton.  You'll need to work the angles for a selfie because the statues are 12-feet tall! Located on the south side, outside the stadium. (The location is highlighted by the gold stars above.) 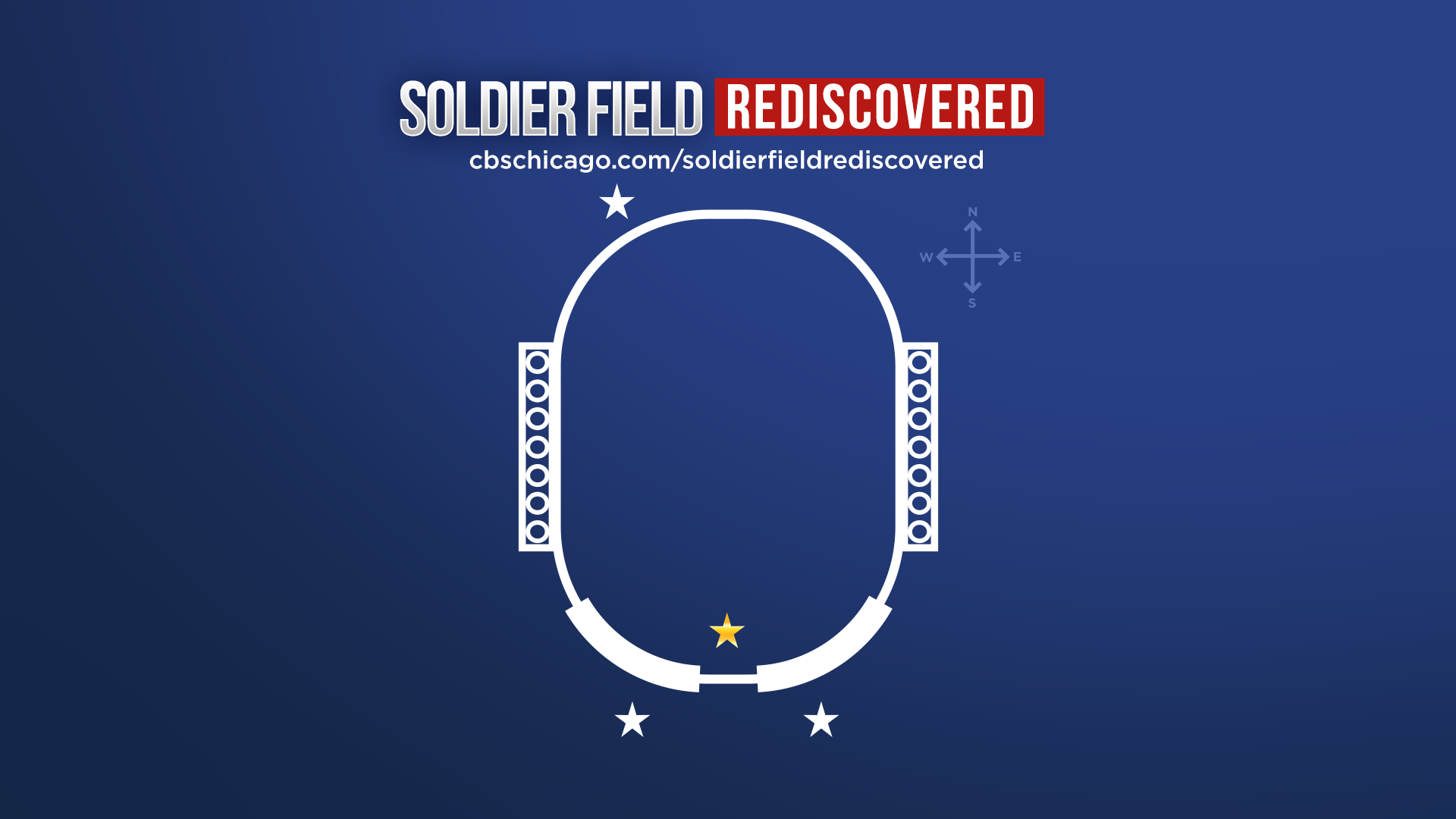 Soldier Field was dedicated to the men and women serving in our armed forces.  One of the most popular spots is the World War 1 Doughboy statue at the south entrance. Created in 1926, the statue was moved from Garfield Park to its current location during the 2003 stadium renovations. (The location is highlighted by the gold star above.) 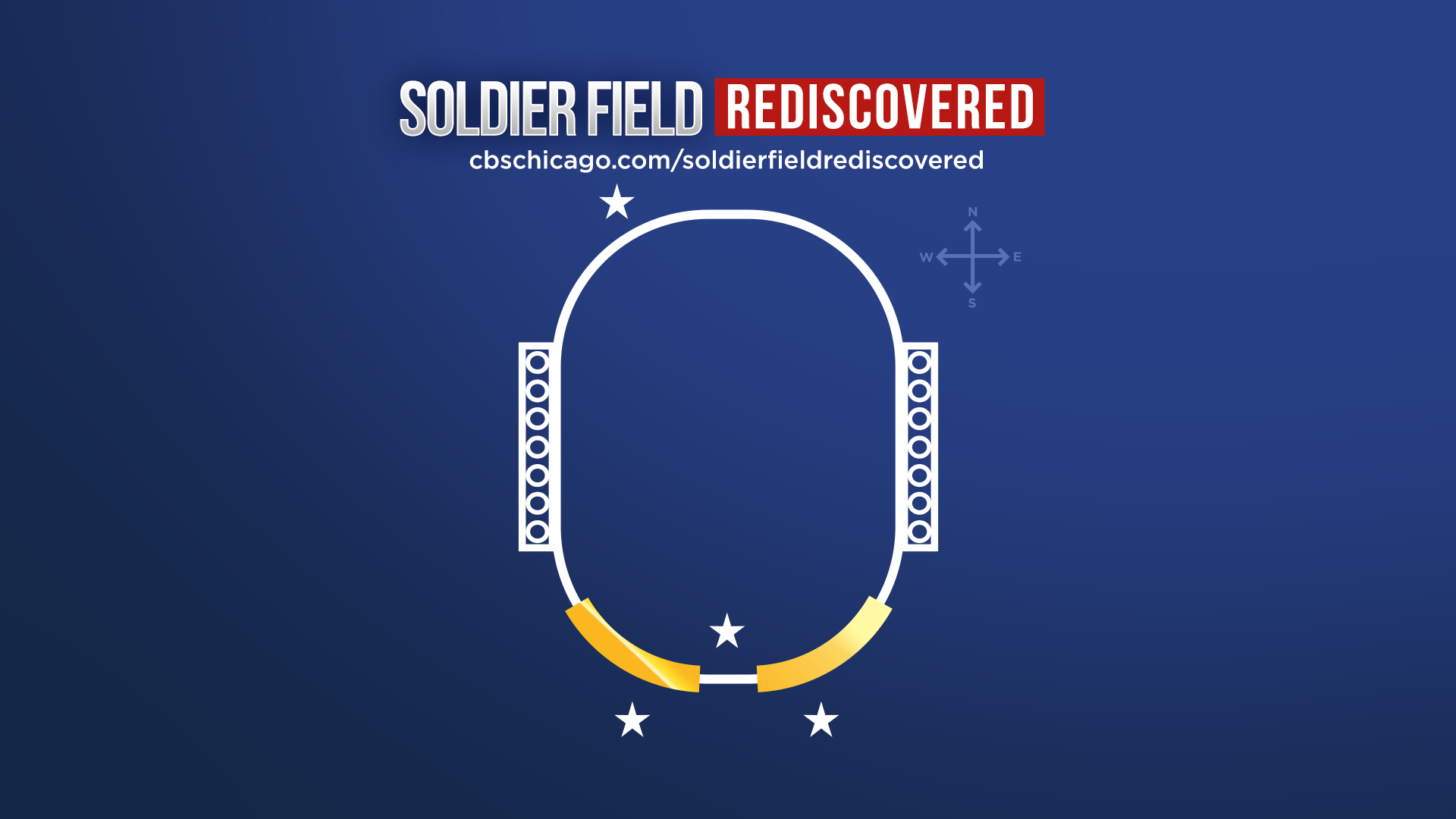 Often overlooked, each bench along the south wall includes inspiring quotations and actual medals donated by military members. (The location is highlighted by the gold bars above.) 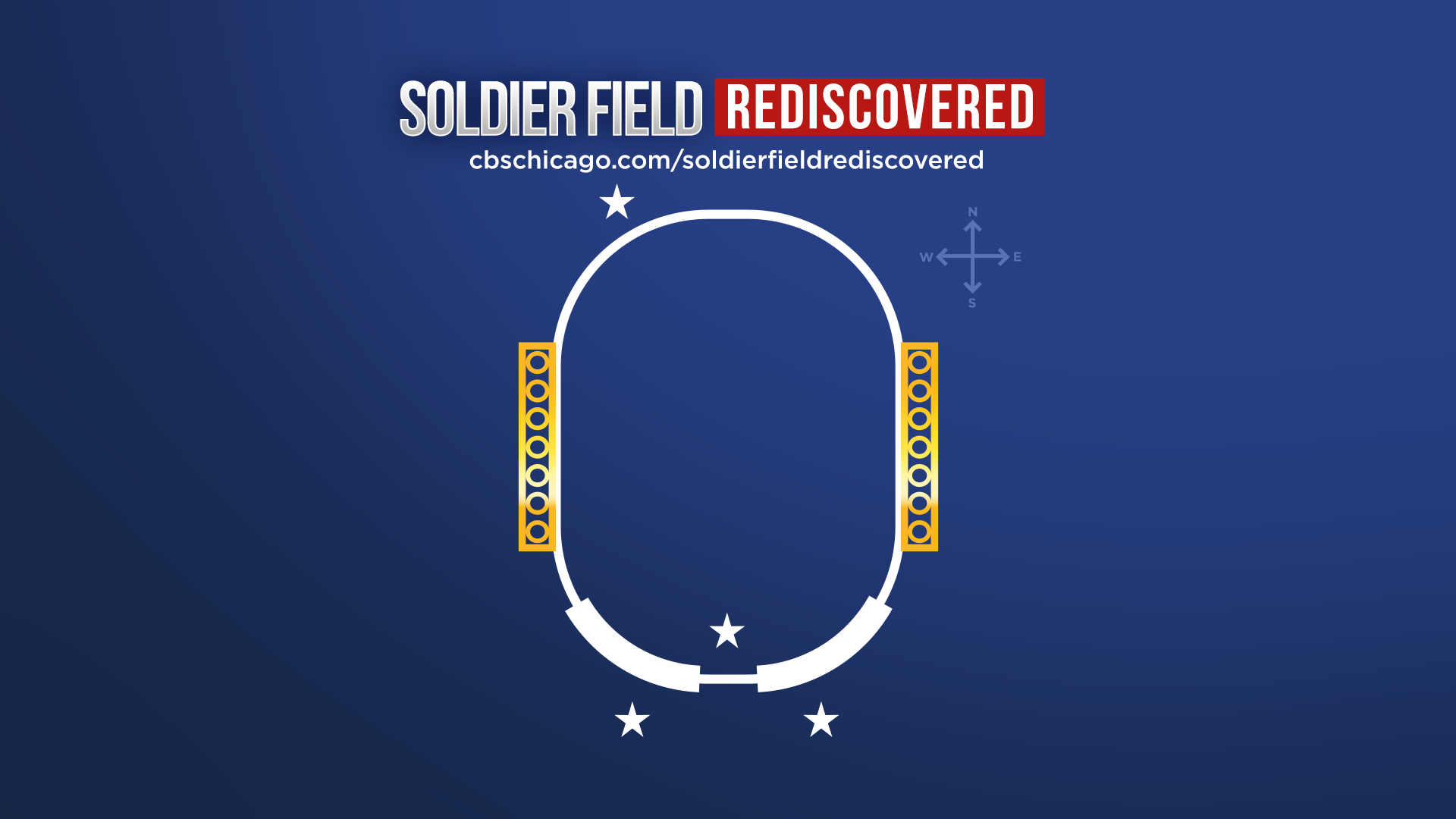 The landmark columns offer stunning views of the city and lake and are open to the public every day. (The location is highlighted in gold above.) 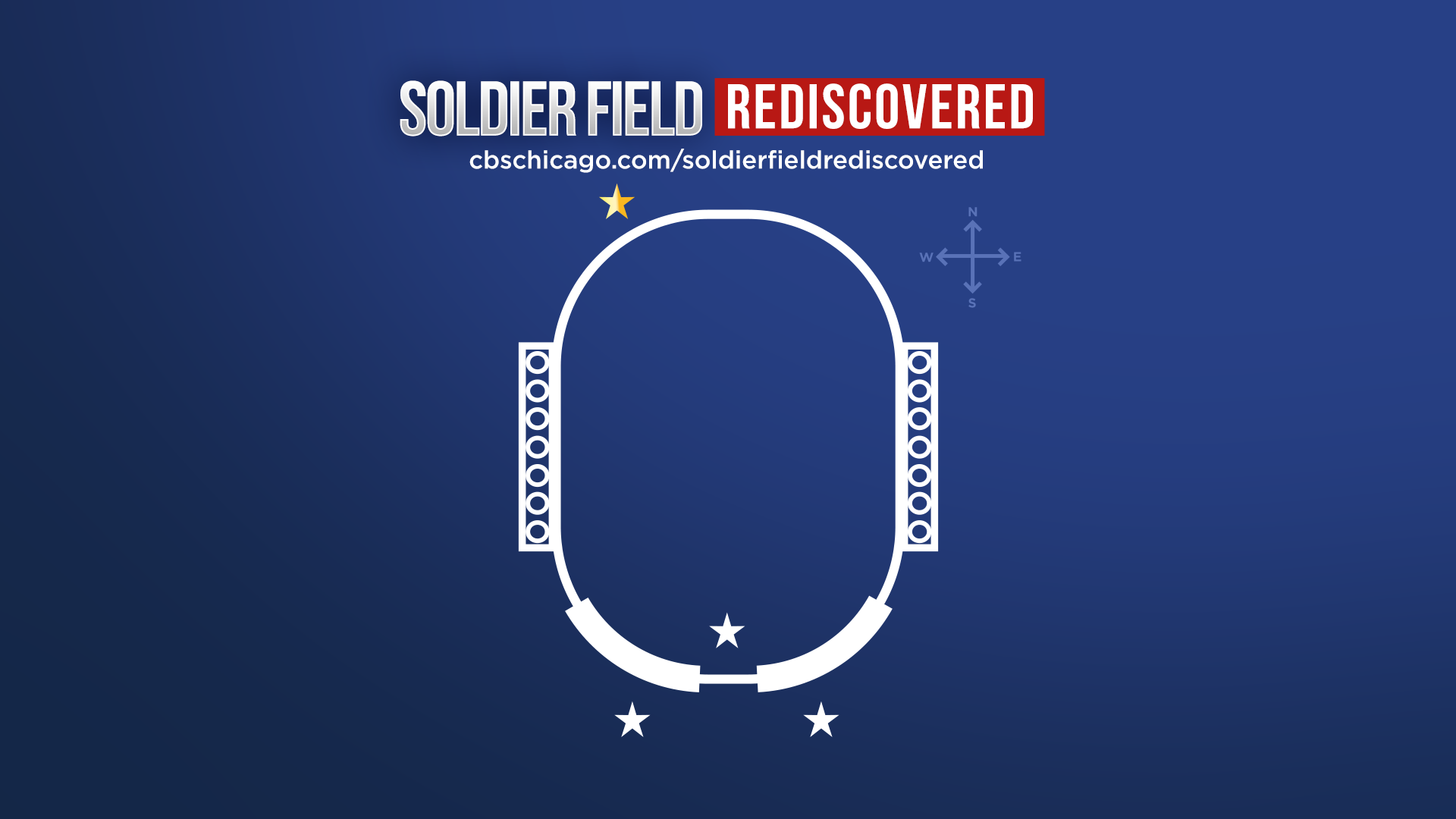 Located at the north entrance, the memorial water wall spans 250 feed and features medallions and seals honoring the different branches of the U.S. Armed Services. (The location is highlighted by the gold star above.)

Tailgating is allowed on all surface lots of the Museum Campus, the upper level of the Waldron Deck and the Southwest Parking Facilities (McCormick Place 31st Street Lot B, Lot D, and Lot E only).

Party set-ups and grills that exceed the one designated parking space are prohibited. 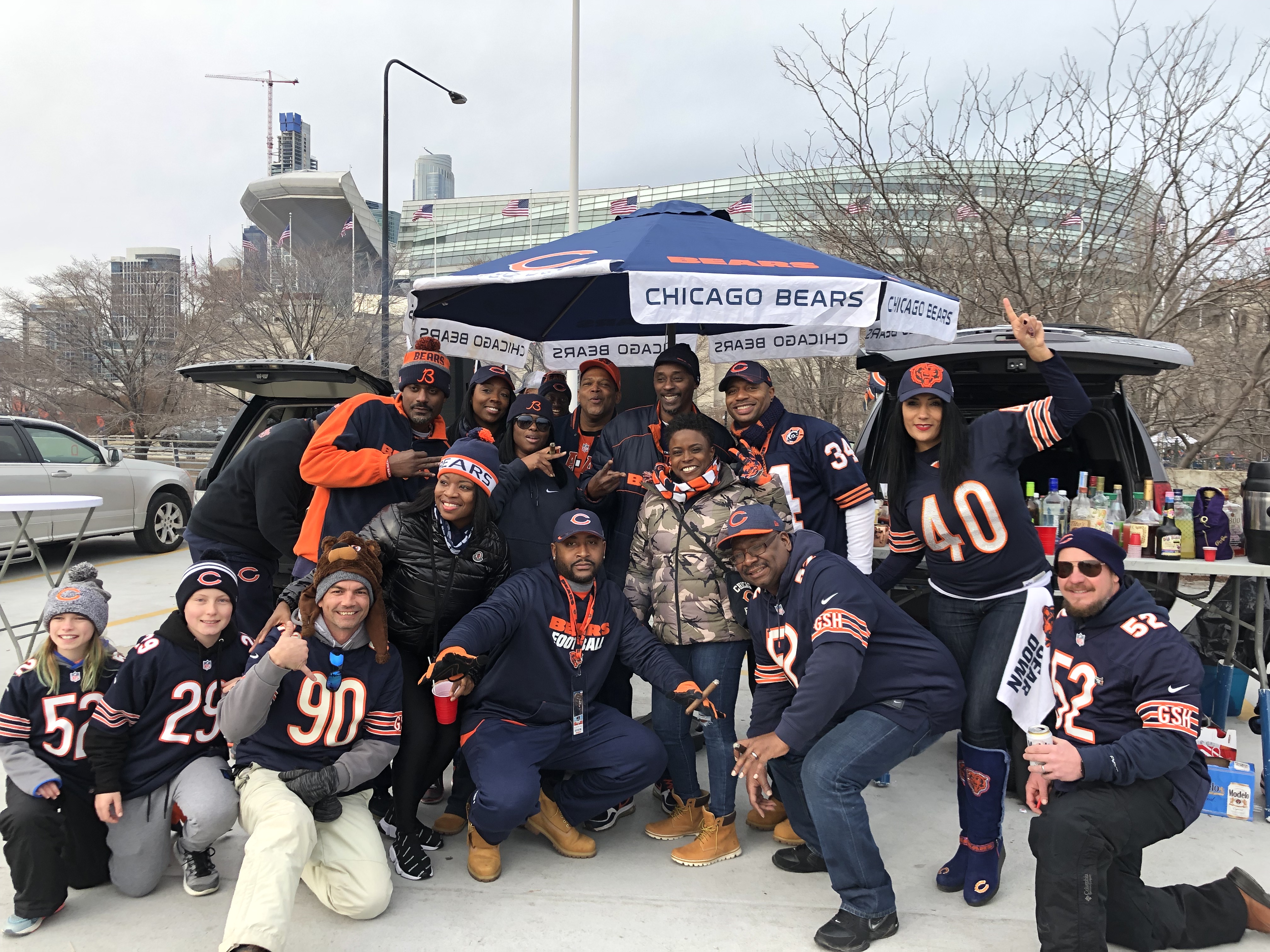 Tailgate set-ups cannot block vehicles entering or exiting the parking lots; set-ups in violation will be removed. Open containers of alcohol are not permitted outside of the parking lots, on the surrounding parklands or on the shuttles.

Chicago Police Officers will issue citations for violators. Tailgating during the games or after night games (including McCormick Place 31st St. Lot B, Lot D, and Lot E) and consuming alcohol in the "Family Friendly" No Alcohol lots are all prohibited.

KNOW THE 'NO, NOs' BEFORE YOU GO 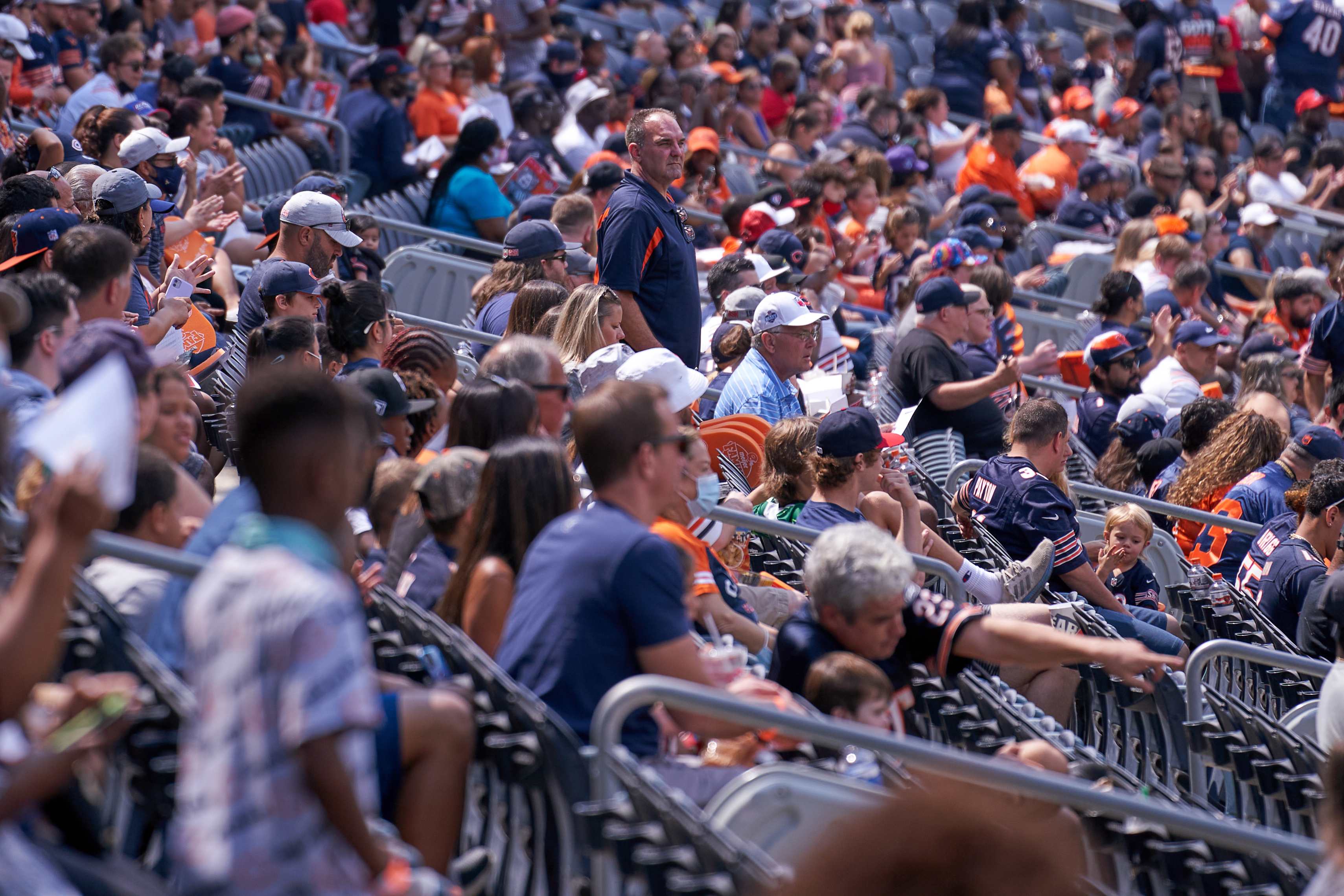 Here is what is prohibited in all parking lots and garages, including all McCormick Place Lots:

Tailgating during games, after night games (or after any game at McCormick Place Lots)
Consumption of alcohol in the Family Friendly lots
Advertising banners or displays
Disorderly conduct
Deep fryers or any oil-based cooking or frying
Picketing or political campaigning
Saving parking spaces
Tents or canopies of any size
Tethered blimps, balloons, and other oversized inflatables
Fire pits / open fires
Propane tanks larger than 19 lbs.
Any portable heaters
Weapons, fireworks
Set-ups or games utilizing sidewalks and/or streets
Solicitation or distribution of any unauthorized item
Unmanned Aircraft Systems ("Drones")
Drinking games
Note: Grills are not permitted in enclosed parking garages and the lower level of the Waldron Deck