CHICAGO (CBS) -- As the citizens of this fine metropolis scurried to the places they needed to go on Tuesday morning, the body of a man, completely severed at the waist and missing his feet, went mostly unnoticed.

Perhaps it was the position of the remains, tucked under the steps leading from the L stop at Randolph Street at the corner of Macy's Department Store, that made it hard to spot.

Was the body placed at the scene to make it appear as if the man fell from the platform above?

Witnesses who finally noticed the gruesome scene seemed to agree with that theory, based on the fact that they are big fans of the "CSI" series.

"It would be impossible for a body to be in that position under the stairs, if he fell," said one young man, who appears to be one of the last remaining bicycle messengers in the Loop.

Another witness, who said she has watched every episode of "Mythbusters" (twice), was convinced that it would be impossible for a human body to split in half after falling from the height of the train platform.

A crime scene freelancer took a photograph in black and white, in an attempt to make the scene appear more gritty and "old-school." 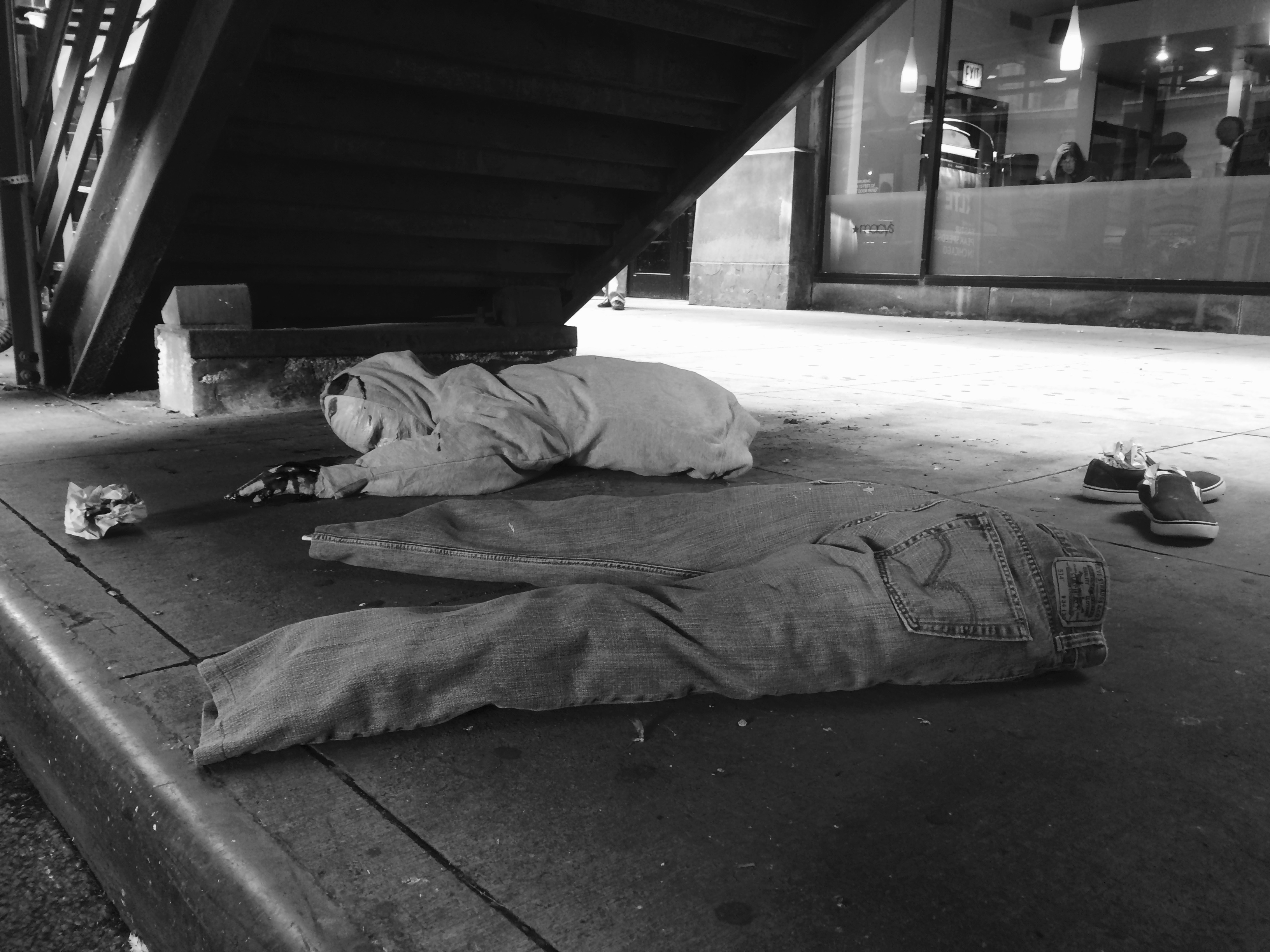 Using the cool filters on his camera phone, he added this photo for no good reason, other than to make the scene more "artsy." 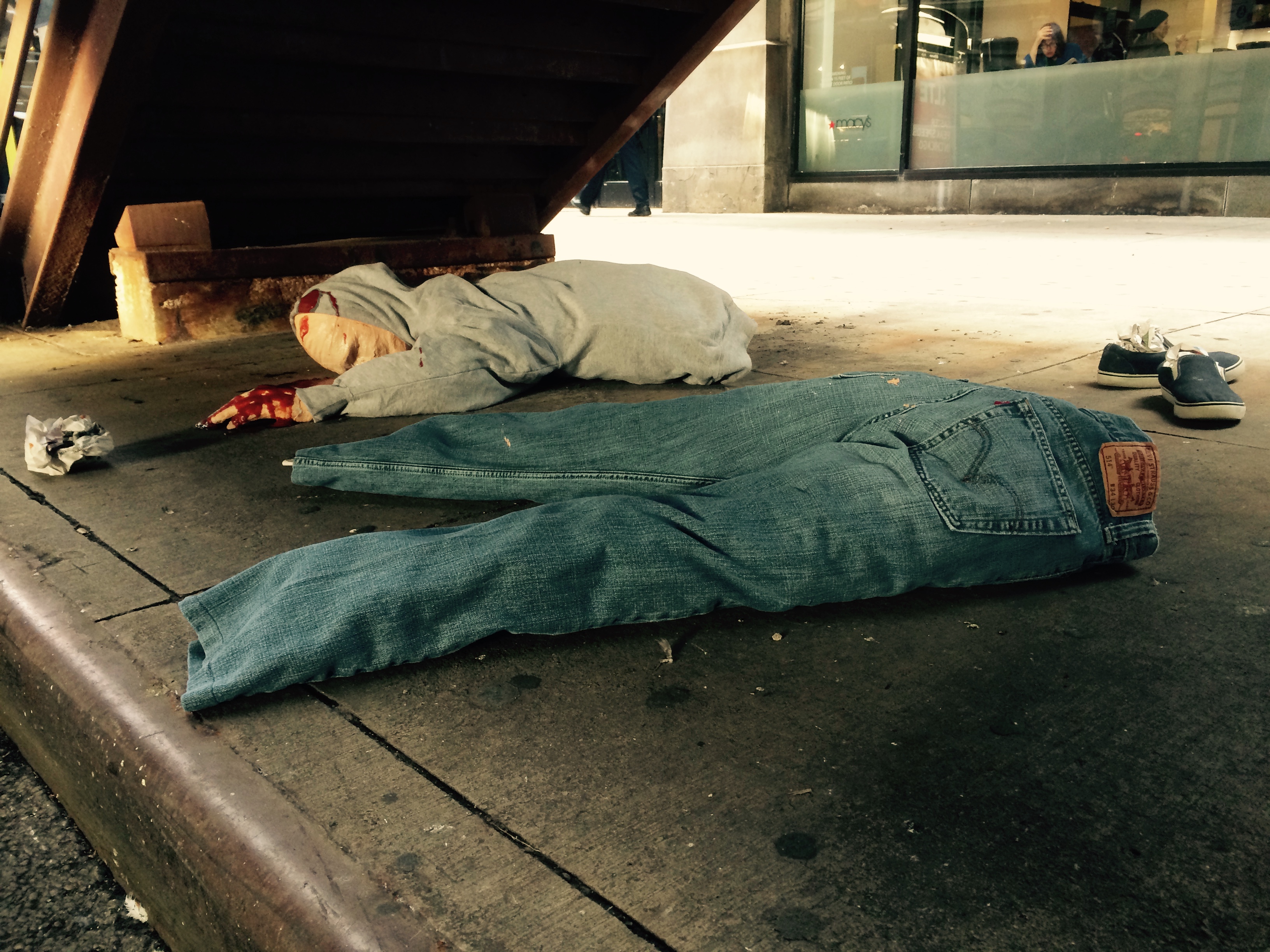 The photos were obtained by CBS 2 in exchange for a pumpkin spice latte, purchased at the Starbucks nearby.

The Chicago Police Department said it was not conducting a death investigation, and told a reporter to go away, calling him "a dummy."