CHICAGO (CBS) -- Secretary of State Jesse White leads the charge for organ donation statewide in Illinois. It's a cause he has campaigned for and stood behind for more than 20 years. 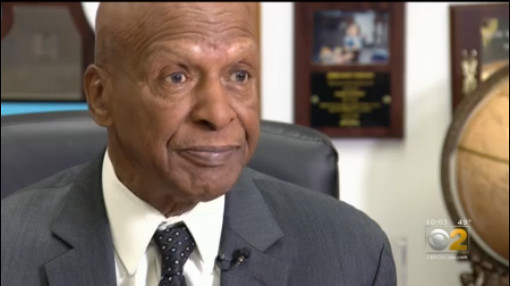 But Monday he made clear to CBS 2 that he does not stand by two men he brushed shoulders with through that cause--Donald Greene and his son of the same name.

"It's a violation of all laws of human decency for an individual to get involved with a program, such as mine, where we are giving others a second chance at life, where he was motivated by greed," White said.

White has seen CBS 2 reports exposing the lack of regulation when it comes to body donation, unlike organ donation.

"Legislation will deal with that, and I'd like to be behind that," he said.

White said he plans to work on a bill related to regulating body donation in Illinois.

"I'm not going to stand idly by and let that continue to occur because it hurts my program," he said.

Plea dates have been set for the Greenes in June in Detroit.