CHICAGO (CBS)-- A bicyclist who was hit by an e-scooter rider in Wicker Park last month is taking e-scooter companies to court to try to figure out who hit him.

Allyson Medeiros, 32, told police he was riding his bike home from work when someone on an e-scooter struck him and took off on the 1200 block of north Leavitt. Police said he was unresponsive for minutes. 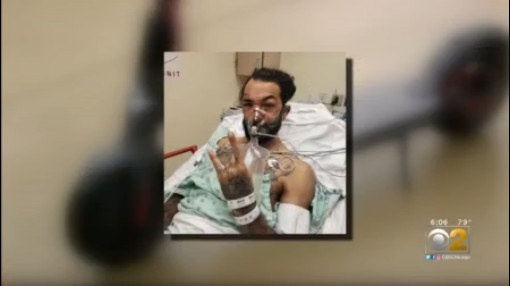 He was hospitalized due to the accident and still has trouble talking after undergoing a surgery on his jaw, his attorney Bryant Greening said. He did not get a good enough look at the scooter to see any whether it had a company's logo or name on it.

After the crash, Medeiros started to wonder whether the real time data from the 10 scooter companies in the city's pilot program could help identify the rider.

Greening filed a court petition Monday in effort to get the companies and the City of Chicago to give up location data and "all data and information that may identify the individuals operating scooters in Chicago" during the time of the time. Greening said his office tried asking the companies but did not get the information, so they filed the petition to keep them from getting rid of any evidence.

Medeiros is now trying to pay off thousands of dollars in medical bills. He told police the scooter was weaving in and out of traffic and hit him while he was biking down the street.

Once the rider is identified, Greening said his office could push for criminal charges or, potentially, sue the rider or the company. All 10 companies or their lawyers will have to appear before a judge to answer to the petition.