CHICAGO (CBS) -- Getting the city's most vulnerable to come out of the cold even with potentially life-threatening temperatures is a tough job.

CTA buses are on the move as mobile warming centers as part of Chicago's effort to help the homeless survive the cold, among other steps.

Richard Vargas knows it's a tough sell. But he and other Salvation Army workers are tirelessly braving the frigid cold trying to convince those living on the street to come inside . 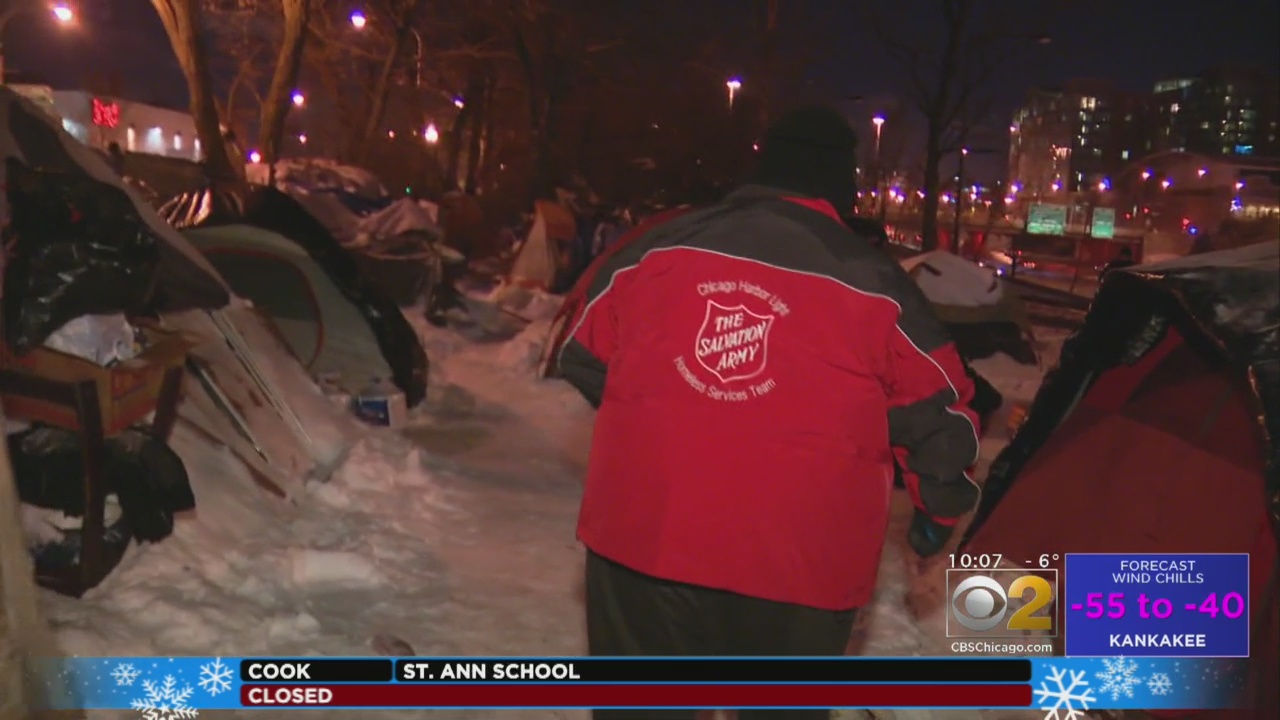 Vargas finds many won't budge. So food, gloves and blankets are offered instead.

Usually Salvation Army crews don't do this type of outreach at night, but this weather leaves them no choice.

"We're going to beg them to come in and get warm," Major Nancy Powers with the Chicago Salvation Army said. "They can come here. They can go to any shelter that they choose. We will pick them up and deliver them wherever they want to be just to be safe and off the street."

"I needed this," he said. "To keep warm and keep from being afraid of dying in the cold because it can happen very easily."

"If they were wearing inappropriate clothing, for example if you're outside in a light jacket, you could probably freeze to death in an hour," said Rush University Medical Center Dr. Jassen Schiebout.

Vargas and other Salvation Army volunteers plan to be out on the street until 1 a.m. trying to help as many people as they can.