CHICAGO (CBS) -- Chicago Police have issued two community alerts for people living on the North side of Chicago after a string of six armed robberies in Lincoln Park and Lakeview in just one week.

The two most recent happened back-to-back around 11:45 p.m. Wednesday.

"It's terrifying. We have three children. We obviously own a building in the neighborhood right on the corner where it happened and I'm afraid for that," stated Paula Cohen, a resident of Lakeview.

"Definitely going to be a little more aware of my surroundings and walk with a buddy at night," she said.

According to Chicago Police, one incident happened in the 3700 block of Marshfield. The other armed robbery happened around the corner from that location in the 1600 block of Waveland.

In both instances, police say an offender wearing a red baseball cap approached a victim who was alone on the street, pistol-whipped the victim, and stole their property.

Detectives believe the same offender may be linked to four other armed robberies in the 19th District, all happening within a few miles of each other from July 26-30th. 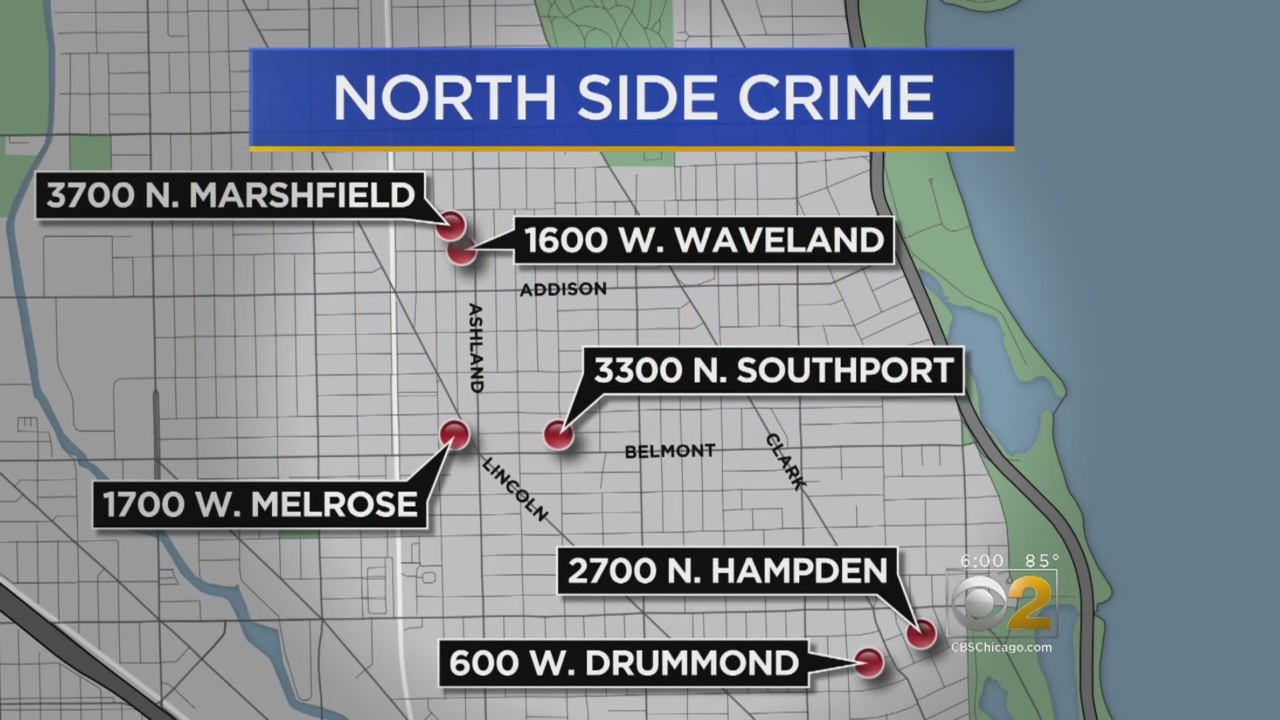 In one of those incidents, three offenders robbed and pistol-whipped employees at Tuco and Blondie.

"It keeps happening in this area and it becomes more and more unsafe," said Cohen.

According to police, crimes are actually down in the area. The Lakeview resident, however, says she finds that surprising.

There have not been any arrests in any of the robberies.

The commander of the 19th District says police will be increasing patrols in the area.