CHICAGO (CBS) -- Lorraine Borowski was lifted right out of her shoes on a Saturday morning, literally vanishing with an actual trace as she arrived for work at an Elmhurst real estate office.

In addition to the high heels, her abductors left behind her cosmetics, and keys she was using to open for business.

Police suspected the worst; there was nothing in her history to suggest she would simply disappear.

Her body was found five months later, a victim of the Ripper Crew, which terrorized Chicago and the surrounding suburbs in the 1980s.

The four members, Thomas Kokoraleis, Andrew Kokoraleis, Robin Gecht, and Edward Spreitzer formed the satanic gang that hunted women. They were believed to be responsible for the sadistic murders of up to 20 women. The group drove around in a red van looking for women to abduct right off the streets in Cook County and DuPage County.

Thomas Kokoraleis, the only member of the crew to be released from prison, told CBS 2's Irika Sargent in an exclusive interview: "Everybody thinks I'm a monster. I am not a monster."

The Ripper Crew tortured and raped their victims. The men would cut off the breast of the victim and perform a satanic communion. They killed the women and dumped their bodies.

Borowski, 21, was about to open the doors to the real estate office where she worked as a receptionist when the Ripper Crew abducted her in May 1982. Her body was discovered in a Clarendon Hills cemetery.

In late 1982, the Ripper Crew members were arrested. Andrew Kokoraleis and Spreitzer were convicted in the killings and sentenced to death.

Andrew Kokoraleis was executed by lethal injection in 1999. He was the last person put to death in Illinois before the state put a moratorium on the death penalty. 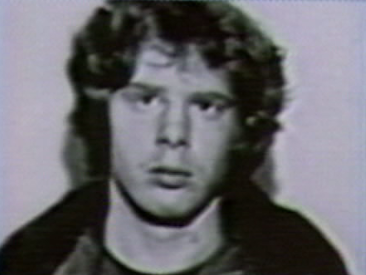 Spreitzer's sentence was commuted to a life term, along with all the other inmates on death row in 2003, by Governor George Ryan.

Gecht was found guilty of the rape and mutilation of a teenager who survived. He was sentenced to 120 years and remains in prison.

Thomas Kokoraleis was convicted and sentenced to life, but an appellate court ordered a new trial based on a legal error.

Prosecutors instead allowed him to plead guilty to only Lorry Borowski's murder in exchange for a 70-year prison sentence.

As part of the deal, prosecutors dropped charges against him related to another woman's death. Under sentencing guidelines in place at the time, also known as day for day, he could serve only half of the sentence for good behavior.

Borowski's family was among many who strongly opposed Thomas Kokoraleis' release from prison. He was nearly released in 2017, but it was delayed because he did not have an approved place to live during his mandatory supervised release.

Prosecutors tried to see if they could have Thomas Kokoraleis committed as a sexually violent person, but later said they could not determine beyond a reasonable doubt that he suffers from a mental disorder that would allow the state to hold him beyond that time.

Thomas Kokoraleis was ultimately released on March 29, 2019. He has to register as a sex offender for the rest of his life, and also will be listed on the Illinois State Police murderer registry.

Thomas Kokoraleis now lives at Wayside Cross Ministries in Aurora and is taking part in their recovery program for troubled men.

The mayor of Aurora, Richard Irvin, said he was blindsided that Thomas Kokoraleis is living in his city.

The mayor calls it a risk the city shouldn't have to take.