CHICAGO (CBS)—A man who spent 18 years in prison for a murder conviction that was thrown out seven years ago has finally been formally vindicated.

Gerardo Iglesias had been convicted of the 1993 murder of Monica Roman in Chicago's Humboldt Park neighborhood in a case that was based on allegations he had been framed by now-retired Chicago police Det. Reynaldo Guevara.

Iglesias was released from prison in 2012, and was officially exonerated Wednesday. 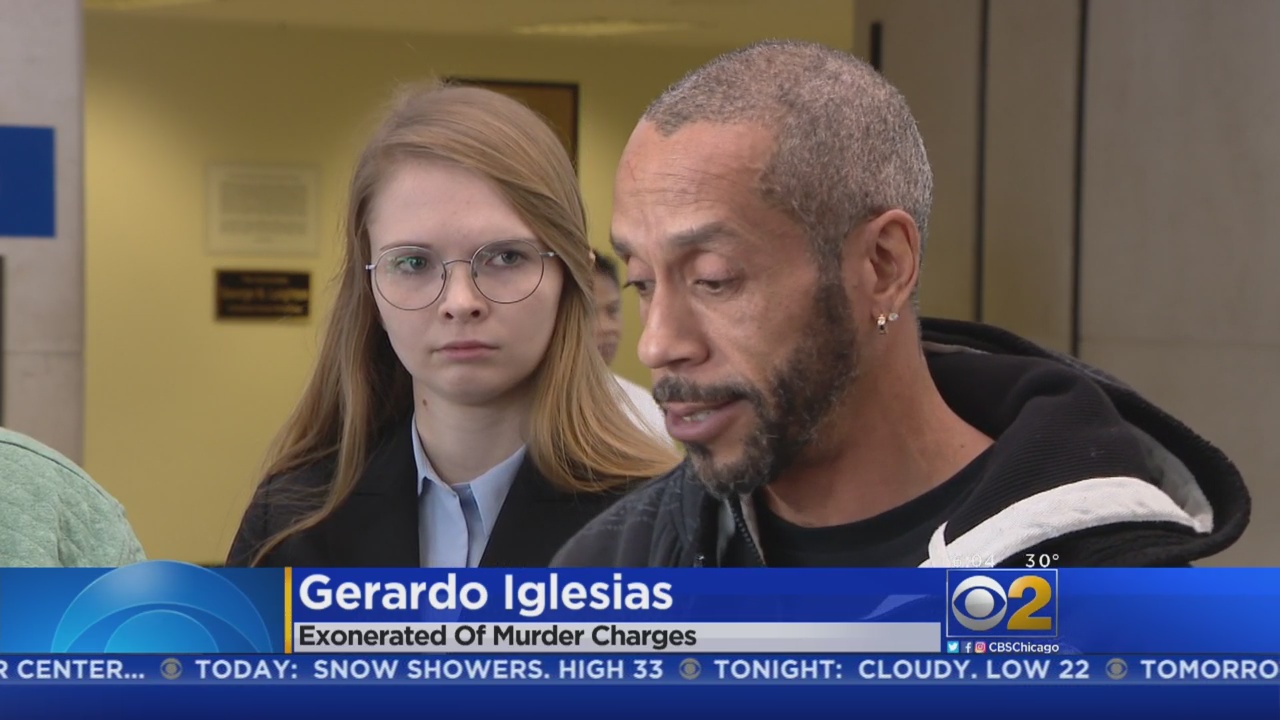 "I've been waiting for this for the last 27 years and…it's finally over," he said after receiving his certificate of innocence.

His murder conviction was the 19th that was tied to former Chicago police Det. Reynaldo Guevara.

The City of Chicago has already paid out tens of millions of dollars to settle wrongful conviction lawsuits involving Det. Guevara.

The thrown-out convictions connected to Guevara add up to more than 300 years in jail.