(CBS) President Barack Obama is an avid fan of Chicago sports teams, so you could count him among those enthused that the Bulls locked up restricted free agent Jimmy Butler on Wednesday when the two sides agreed to a five-year max deal that's expected to be worth around $95 million. Butler holds a player option for the fifth year of the deal.

During a question-and-answer session for Obama on Twitter on Wednesday afternoon just after the Butler news broke, 670 The Score update anchor Matt Rodewald asked the president for his thoughts on Butler staying in Chicago long term. Obama didn't appear to have real-time info on Butler's signing, but he supported the Bulls signing him. 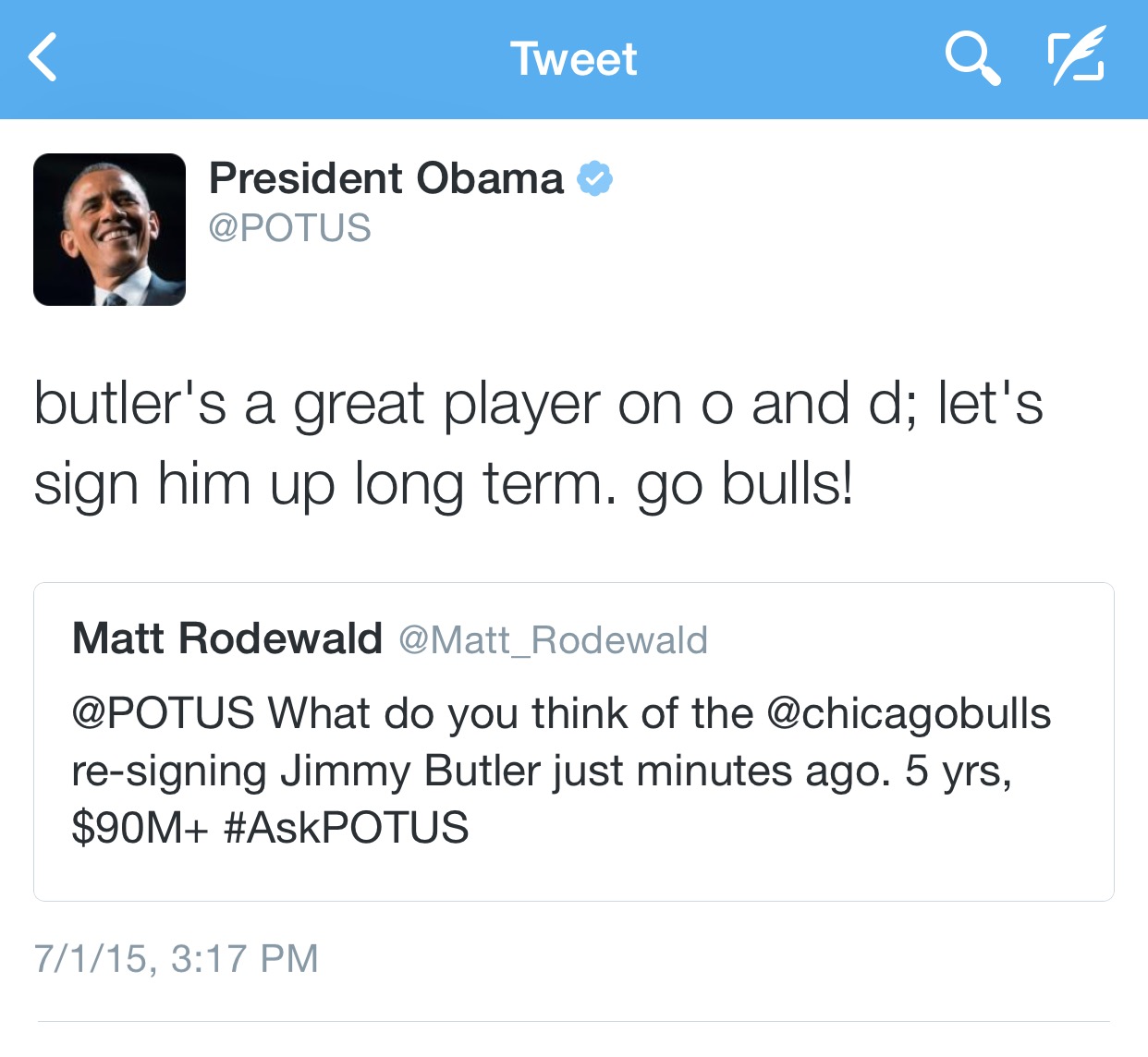 Butler averaged career highs of 20.0 points, 5.8 rebounds and 3.3 assists last season, when he was an All-Star for the first time.