He says he was face down with officers pointing guns in a police raid, but it was the wrong home.

The mother of the teen says an apology is not going to make up for the incident and has hired an attorney.

"When I heard it come open, there was an officer standing here, here, and here," Stevens said, pointing to where officers were standing when they busted through his bedroom door. "They told me lay on my stomach, put my hands behind my back."

Stevens says he was home with his 15-year-old brother when the officers busted into their home, serving a warrant for a kidnapping and sexual assault investigation.

CPD busts into the bedroom of a sleeping teenager during a kidnapping and sexual assault investigation...just one problem...officers had the wrong apartment

The officers were given a key to enter by building management, but had the wrong apartment. The teenage brothers did nothing wrong.

CPD busts into the bedroom of a sleeping teenager during a kidnapping and sexual assault investigation...just one problem...officers had the wrong apartment. @cbschicago pic.twitter.com/ApAS4X0BNG

"I do not want to stay here. I don't feel safe," said Karonna Williams, the boys' mother.

"These are children. You have a child who is asleep who has guns drawn on him first time in his life and these are by police officers," stated Rahsaan Gordon, the family's attorney.

Gordon says part of the problem is what happened inside the apartment is not unique. Surveillance video released in March shows CPD officers wrongfully inside a near northwest side home.

A door was badly damaged during the raid.

The Chicago Police Department says, "Upon entering and securing the apartment, detectives realized the incorrect residence had been entered and CPD deeply regrets the error."

CPD also says that a detective will be stopping by the family's home to personally apologize and start the process to get their door repaired. 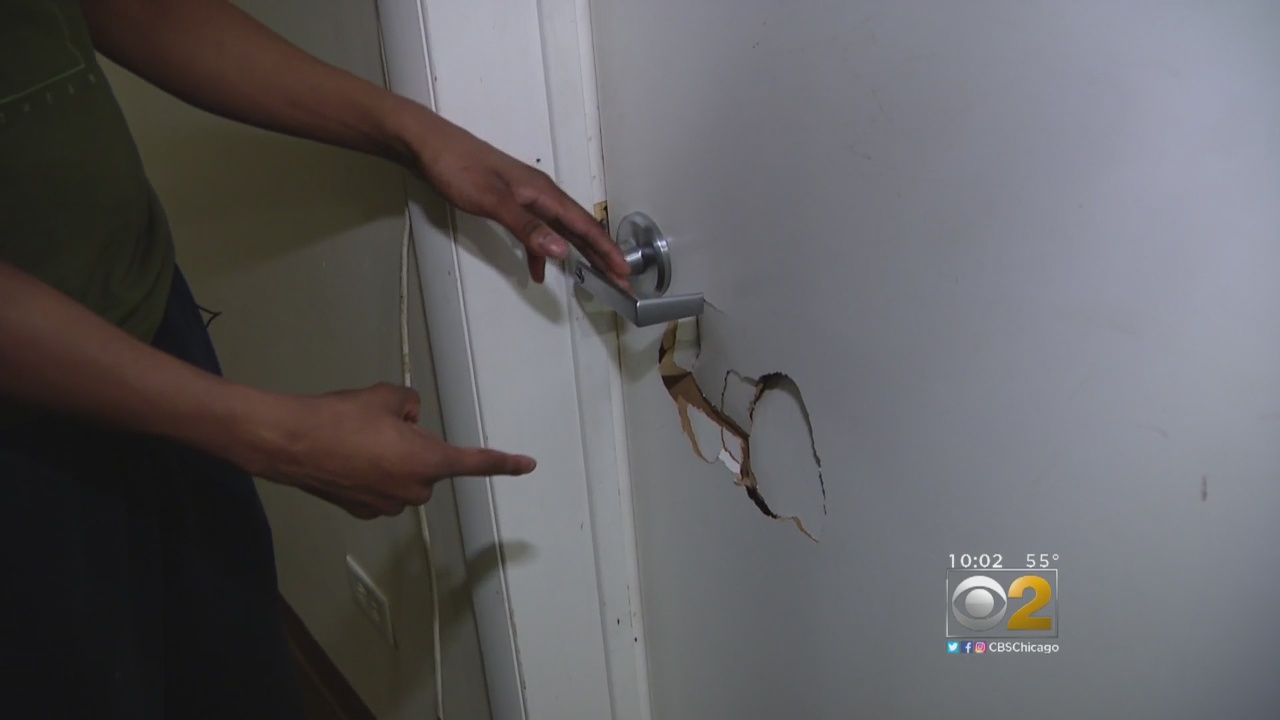 The family's attorney says a lawsuit is likely.