Both roared to life in the 1920s and 1930s as millions of African-Americans migrated from the South. Both communities gave birth to many black-owned businesses. Both attained great accomplishments in music, art and literature. Both communities laid foundations for meaningful events in the civil rights movement.

Yet, only one was given the recognition and moniker for which it is still known today: the Harlem Renaissance.

Google "Harlem Renaissance" and the search engine spits back nearly 10 million results. Encyclopaedia Britannica describes it as "…a blossoming of African American culture, particularly in the creative arts…" and "… a phase of a larger New Negro movement that had emerged in the early 20th century and in some ways ushered in the civil rights movement of the late 1940s and early 1950s."

Google "Bronzeville" and you get back fewer than two million results. Most of the top results are about what you can find there now, rather than what happened in the past. Search the Encyclopaedia Britannica website and this is what you will find: "Britannica does not currently have an article on this topic."

Why the difference in the quantity and quality of historical information about the two communities?

Harlem was able to brand itself back in the day, while Bronzeville did not. In addition, Harlem had the Schomburg Center for Research in Black Culture. The Center is part of the New York Public Library system and founded in the early 1900s. The Center's Photograph division lists as one of its strengths pictures of "Harlem (street scenes, churches, housing, businesses)".

Efforts to document Bronzeville's history, especially through photographs, have happened in starts and stops over the years. In 2010, the Illinois legislature established The Great Migration Centennial Commission to recognize the significance of 500,000 African-Americans settling in Chicago neighborhoods, including Bronzeville.

According to Rep. Rush's press release at the time, that designation would "...help bring to life the well-documented impact of the African-American community to Chicago's culture and economy…" and would provide up to $1 million in federal funds each year. That legislation did not pass either the House or the Senate. Jeremy Edwards, a spokesperson for Congressman Rush, said the Rush intends to reintroduce that legislation this fall.

Angela Ford, a native Chicagoan who lives in Bronzeville, has made it her mission to preserve African-American history in a different way and on a local level.  She got interested in preserving history after regularly asking rideshare drivers if they knew some facts about Bronzeville.

Facts such as the community was once home to 2,000 black businesses, three black hospitals and six black newspapers. Few of the Millennial and Gen Z drivers had any idea, she said. She hopes by digitally preserving photographs of Bronzeville she will generate interest in history among a new generation who are adept at using smartphones and other current technology.

"These kids will take this information and do some amazing things," says Ford.

She has a website, Obsidian Collection, that offers glimpses into the historic past of Bronzeville and is aggressively saving images there. She says the black Chicagoans have long held on to photos that depict everyday life in their neighborhoods, but they have not really known whom they could trust with their treasures.

The Smithsonian is also on a mission to bridge the digital divide, while helping preserve and share. The Community Curation Program, launched through the National Museum of African-American History & Culture, recently held events in Chicago.

In September, the museum helped families digitize and save their treasured photos, videos and documents so that future generations will have access to stories from the past. People were also encouraged to share their own personal histories on the museum's website. 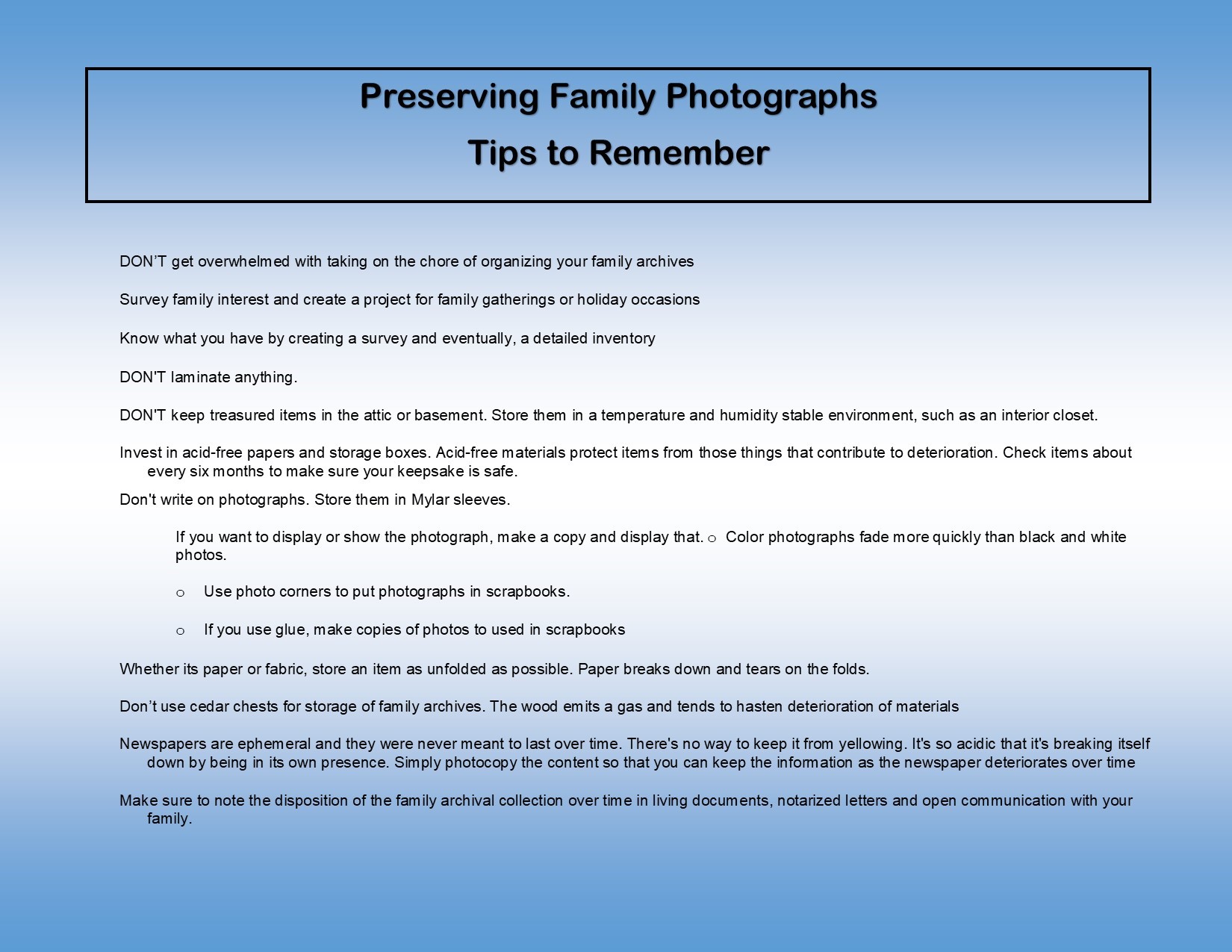