Below the elevated tracks, a colorful postcard offers riders a friendly greeting.

It's actually a mural, styled in that classic "Greetings From" postcard motif. It is a newly created piece of public art in Logan Square, along Milwaukee Avenue and Prindiville Street.

The mural, which is part of a national project called The Greetings From Tour, was painted by Victor Ving, a former graffiti artist from New York City, and photographed by Lisa Beggs, an experienced studio photographer.

Ving and Beggs are traveling the country for the next year and plan to create similar works in as many states as possible. They are living out of an RV that they purchased for the project and have so far created murals in New York, Canton, Ohio, and Jersey City, N.J.

To launch the Chicago project, Ving and Beggs worked with a Chicago artist, Amuse 126, who reached out to Billy Craven, who runs Galerie F, a Logan Square gallery that focuses on silkscreen posters, art prints, and street art. They worked together to get to the wall.

"Logan Square seemed to be the right place," Beggs said in an email.

The mural was done almost entirely with spray paint and took four days to complete. (The two images below are from the Instagram account created for the project.) 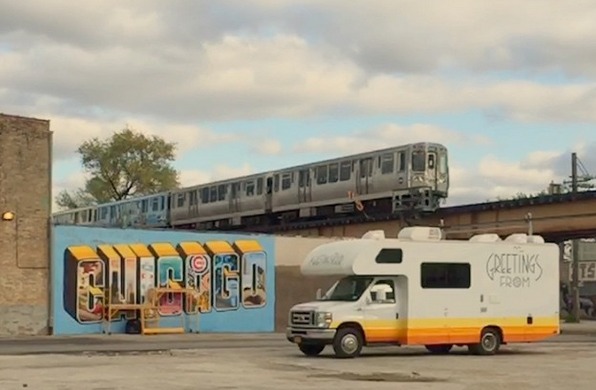 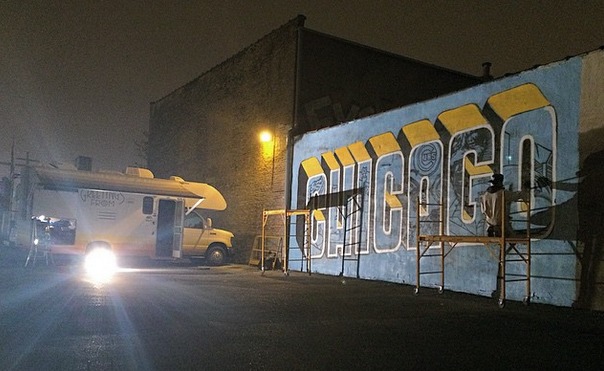 "When creating public art, we always want the input of the locals," Beggs said. "For Chicago, there was a lot of content to place in just seven letters! Some content had to be historical, but we always like to throw funny modern twists such as the "Save Ferris" from Ferris Bueller's Day Off which was the only part painted with a brush. There are a lot of different spray paint techniques and styles included inside the letters."

When I went out to view the mural, I shot each letter and then created this composite (click on the image to enlarge):

With the exception of the second "C", the mural was painted by Ving.

Ving and Beggs are just beginning the process and are doing everything out-of-pocket.

While working to get sponsors and partners to defray costs, the two have plans to sell a limited edition "Greetings From Chicago" mural silk screen print with Galerie F, which is located just up the street at 2381 N Milwaukee Ave. 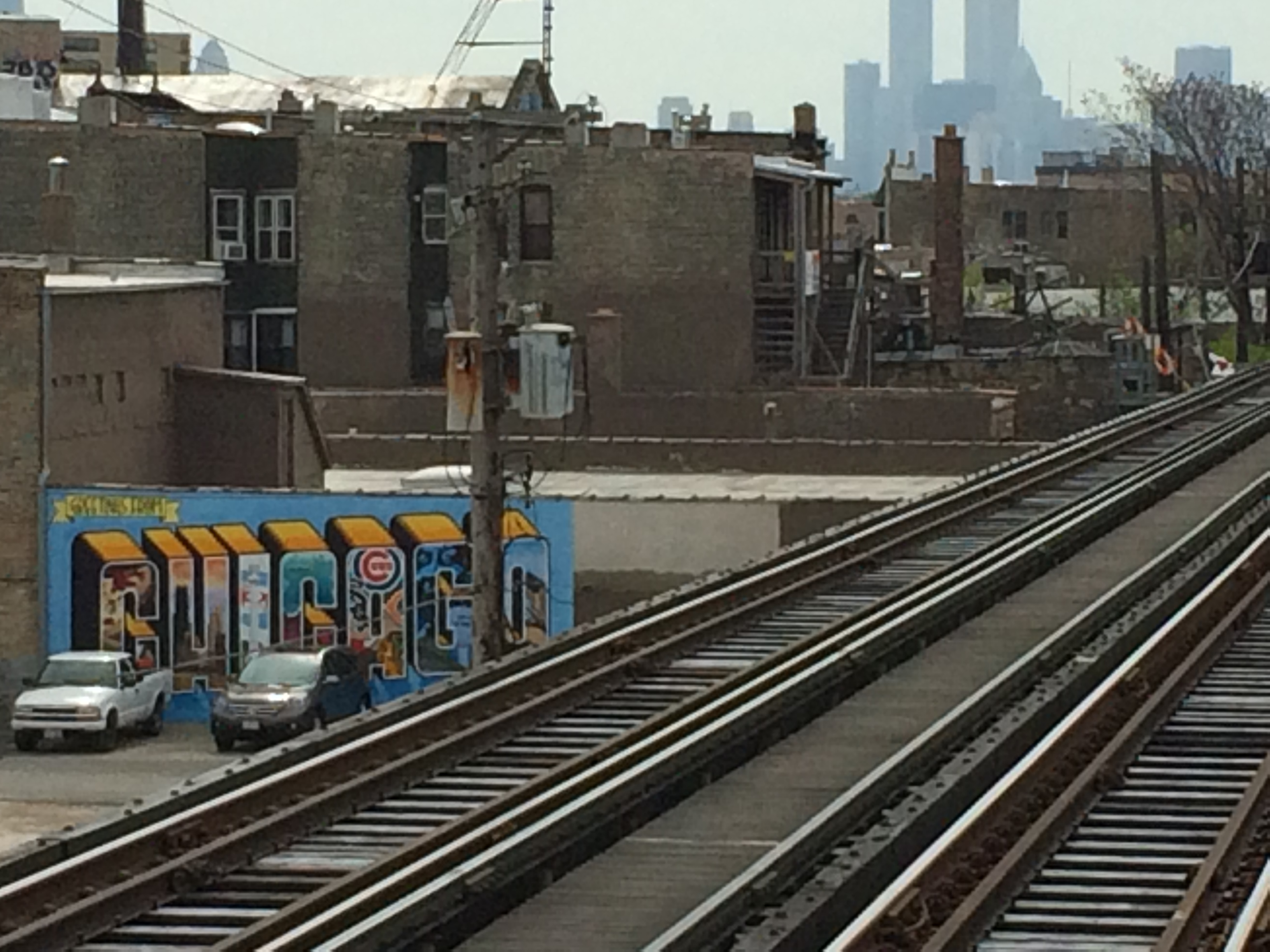