CHICAGO (CBS) -- One suburban woman's contracted, paid party vendor was a no-show to her party, and she couldn't get any answers why. But CBS 2's Charlie De Mar did.

Dozens of people and a couple other vendors found the venue, but the photo booth company was a no-show, claiming an address mix up. So cell phone pictures and videos are the only memories of Dawn Gonzalez's Hollywood-themed birthday. 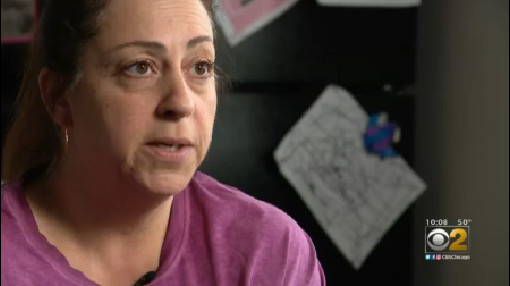 There was a DJ and an artist, and the company My Events and Celebrations was supposed to bring the party to life with a photo booth.

"I never thought they wouldn't show up," Gonzalez said.

An invoice shows Gonzales paid half of the $332 bill in March.

"Those pictures are worth way more than the money," she said.

And just days before the party, the company called to confirm the venue location. It's even printed correctly on the invoice, but when CBS 2 asked the company for answers, the head of booking said, "We showed up at a different place. That's the reason we didn't show up."

"I don't think they looked for it," Gonzalez said.

A day before the party, My Events and Celebrations asked for the full payment. Gonzales used her credit card.

"They were actually very busy on that day," the head of booking said. "We can't get the cash during the event, so it's better if we call them the day before the event."

"Definitely look at reviews before hiring somebody next time," Gonzalez said.

My Events and Celebrations has an F rating with the Better Business Bureau. It's unaccredited, and separate complaints accuse the company of not showing up to special occasions.

Some did get what they paid for. Others call the company a scam.

"I don't want this to happen to anyone else at a special event," Gonzalez said.

The company says it's going to provide a full refund.