CHICAGO (CBS)-- Friends and family were walking the streets Monday night – desperate to find a University of Illinois grad who stepped out for a night of drinking in River North and has not been seen since.

As CBS 2's Jermont Terry reported, Inaki Bascaran, 23, had not been seen for nearly 48 hours as of Monday night. Friends last saw him at bar Celeste, at 111 W. Hubbard St., around midnight Saturday night. 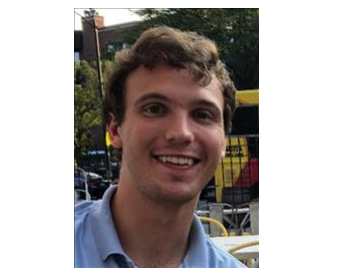 The fear worsened when Bascaran did not show up for his new publicist job. On Monday night, family and friends were determined to find him.

"High school buddies, college buddies, buddies to this day – a really, really close friend," said Nathan Meier, "and you never imagine something like this would happen."

Late Saturday night, Bascaran had stepped out of Celeste, but was not let back in. He Facetimed a friend shortly after midnight Sunday morning, telling the friend he would head home.

Yet the battery on his phone was dying.

"We're assuming his phone ran out of battery and didn't have a way to call an Uber," said Bascaran's father, Jose Bascaran.

It is believed that Inaki Bascaran tried walking home – more than five miles to Wrigleyville where he lived.

Jose Bascaran: "There is something wrong here."

Terry: "When you say there's something wrong, I see the pain in your eyes."

Thus, family and friends hit the streets to make sure everyone knows their loved one is missing. We are told Bascaran was intoxicated at the time.

The elder Bascaaran said such behavior was out of character for his son. But with every passing hour, deeper worry sets in.

"I'm trying to be optimistic," Jose Bascaran said. "I know I have the feeling that we'll find him - but again, it's always a scary situation."

Friends say Inaki Bascaran was wearing only a shirt and jeans – no jacket. As they braved the dipping temperatures, they hoped his whereabouts would be discovered soon.

"That's what we all want to know, and why we're out here now is we don't want to wait any longer before finding answers - because this important," Meier said.

The family did file a missing persons report with Chicago Police. We saw officers out checking surveillance from nearby businesses in River North Monday night.

Bascaran is 5 feet, 9 inches tall and weighs 165 pounds. He has light brown hair and green eyes.

Bascaran's family is just praying nothing horrible has happened to him. They have set up a website so others can help find him.