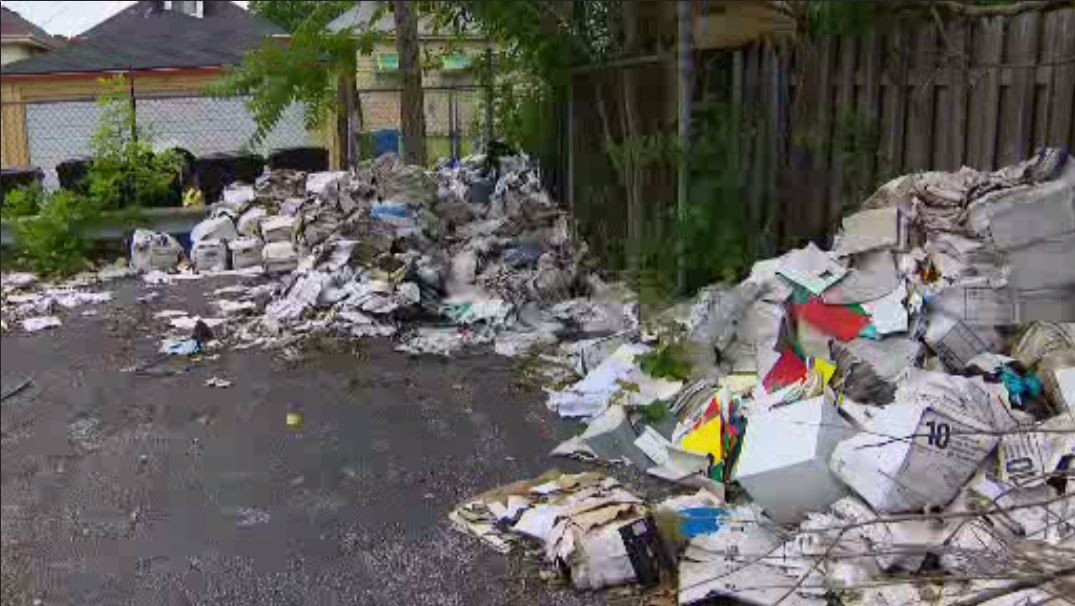 Residents across the alley said the paperwork had been there for months. Some documents even blew into yards. The documents included names, Medicare numbers, and addresses. Some were ten years old. Others only date back to 2017.

So he's been disposing of them.

CBS 2 has learned Dooley and her business failed to renew its state health department license, and the company was decertified by Medicare in 2017.

The Illinois Department of Public Health sent the following statement regarding the issue:

"IDPH reached out to the owner of Medical Professional Home Healthcare Center numerous times in 2017 about submitting a renewal application for licensure, which expired in April 2017.  In June 2017, IDPH went to the facility and found that it was unoccupied, but secure.  The phone numbers IDPH had were disconnected and all correspondence was undeliverable, including a notice of fine for late renewal. IDPH was unable to locate or contact anyone from the business.  The agency was also decertified by Medicare.

Home health agencies are required to keep and secure records for five years under state and federal law.  However, once an agency is no longer licensed, IDPH has no enforcement authority.  HIPAA violations are pursued under the federal Office of Civil Rights."

Stewart said Dooley promised to provide a dumpster for the files but never did.

Sawyer's office said Dooley said she didn't authorize the container's removal and  has no idea where it is or why the files were dumped.

Neither Dooley, who is listed on Twitter as a real estate broker, nor her attorney would comment.

The city cited the property in September for failing to clean up outgrowth but said nothing about the files.

Chicago's health department said the state handles these types of breaches. The state said it's a federal matter. The two federal offices CBS 2 reached out to have not responded.

So far no citations have been issued.