WEST CHICAGO, Ill. (CBS) -- The storms on Sunday produced only dark skies and rumbles of thunder with no rain at all in some areas, but other areas were hit with powerful winds that have left a trail of extensive damage.

About 80,500 customers remained without power as of 5:30 p.m. on Monday. More than 257,000 customers have had power restored since the storms hit on Sunday.

ComEd has more than 470 crews are out trying to restore power as of Monday afternoon, but for some, the prognosis is not good.

"I can tell you that, again, our crews will work around the clock throughout the day today. They will get everyone back on the grid just as quickly as possible. Unfortunately, due to the severity of the storms and the nature of the damage to ComEd equipment, we're expecting restoration efforts to take several days," ComEd spokesman Tony Hernandez said.

It's the only thing keeping his family's two freezers - full of food for the 4th of July – cold.

His wife, Ingrid Andersen said, "It's saving popsicles for the kids, of course, right now. And it's saving all of our meats and vegetables."

Those popsicles - along with their pool – are helping keep their son, Olin, cool.

While he played on Monday, local ComEd crews worked to get the lights and air conditioning back on for thousands of residents left sweltering in the summer heat. Soon, out-of-state crews will arrive to try to speed up the process, which ComEd senior vice president Fidel Marquez said could last for days.

"I know customers are looking for when they're going to be restored. We'll have a better sense of that later this evening as we complete out damage assessment," Marquez said.

ComEd is asking customers to be patient, as they might have to clear debris before restoring power.

The DuPage County town of West Chicago was hit particularly hard. CBS 2's Susanna Song reports driving into Chicago, none of the traffic lights worked. Meanwhile, entire streets were blocked off with yellow tape and orange cones, as downed power lines made the streets too unsafe even to walk down.

CBS 2's Marissa Bailey reports storm damage is everywhere in West Chicago, but none worse than at Francisco Sanchez's home of 14 years.

He was at home on Sunday when he saw and heard the storm coming.

"The big cloud was coming this way and all of a sudden it turned black for like 15 minutes," he said.

Then, his home took a beating when eight trees fell on the house, ripping the structure, and puncturing the back side.

"To come back and live in it, they said probably around four months," Sanchez said. "And my wife is due next month, so I don't know what to do, to be honest."

Meantime, Sanchez and his family have moved to a hotel for the foreseeable future.

"We'll see if homeowners insurance comes into it. I'm going to go talk to them a little bit later today," he said.

Elsewhere, old trees crashed into houses and cars, and people spent all afternoon and night cleaning.

The worst-hit area was around Reed-Keppler Park in West Chicago. In the area around the park at 11 a.m. Monday, electrical poles and trees were lying on the ground or hanging precariously at acute angles.

Power lines were strewn and twisted like spaghetti, and leaves and branches were scattered in front and backyards.

Neighbors were waiting for crews to come help clean up.

West Chicago Mayor Ruben Pineda said in all, about 75 to 100 trees were uprooted by the storm.

The storms also appeared to be partly responsible for an accident at North Avenue and Route 59 in West Chicago on Sunday. Firefighters said a car was T-boned at that intersection and rolled onto its roof after the traffic signals there had been knocked out by the storm. 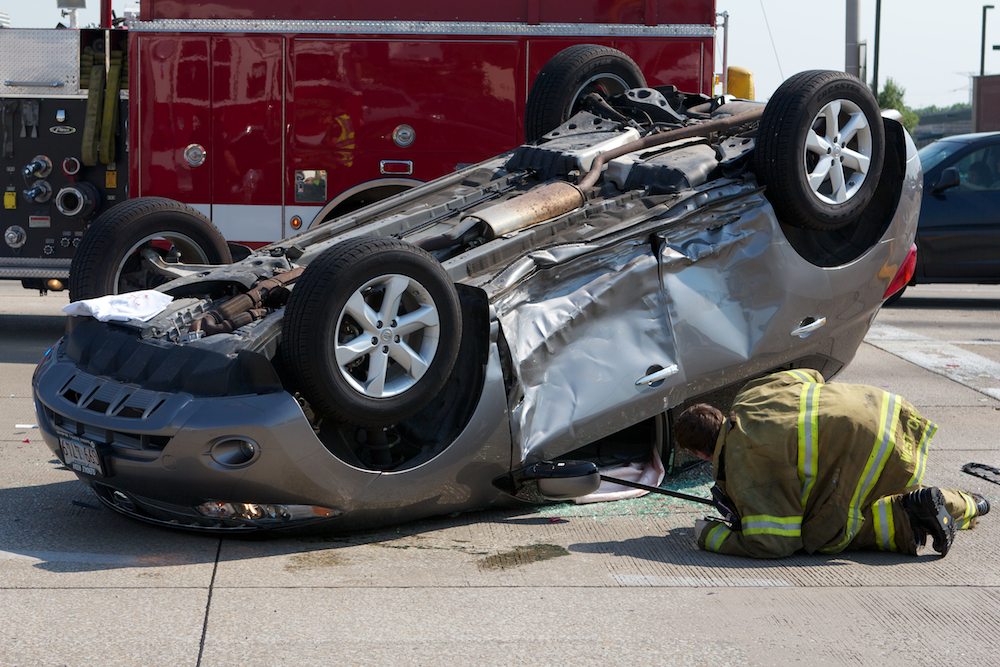 West Chicago homeowner Jackie Ratajczak was also in an unfortunate situation Monday morning, with no power and a tree on top of her house.

"Right now, we're reheating coffee from yesterday on my husband's camp burner, because I just can't be without caffeine right now," Ratajczak said. "We have no AC, and we're trying to eat down the fridge before that spoils, because the power lines are out in our alley. They're down on the ground. So we don't know when we're going to have power again."

As of Sunday night, Mayor Pineda said only 12 percent of ComEd customers have power. A total of 8,400 customers are without power, and some may not see it again for days.

Anyone with questions about power problems is asked to contact West Chicago city officials by calling 911, Pineda said. The city government is operating from its police station because the city hall is also without power, he said.

Pineda added that Reed-Keppler Park has been "totally devastated," with 60 to 70 trees down. Several hundred trees are down around the town, and many are blocking streets, he said.

"Right now, ComEd is saying about two to three days, so hopefully, we can get things expedited," Pineda said Monday morning. "Our crews have been out. We've hired subs to take care of the trees."

The city of Chicago saw a fair amount of damage too. The Sun-Times Media Wire reports the city's 911 Center received about 200 calls of fallen trees and branches, 50 calls of downed wires, and 35 streetlight outages on Sunday.

Meanwhile, more than 60 kayakers had to be rescued from the Chicago River's North Branch when their kayaks flipped during the storm at Chicago Avenue and Halsted Street. Kayakers were also rescued from the river near Canal and Fulton streets, the wire reported.

In Melrose Park, traffic lights are out, and emergency lights are on, at the busy intersection of Mannheim Road and Lake Street. More than 1,000 people in that area were without electricity Monday morning.

CBS 2 Meteorologist Ed Curran says the storms will be followed by another hot and steamy day, with a high of 95 degrees. There is also a chance for more thunderstorms, although they are not expected to be severe.