Opening day has yet to be finalized, but a park district official says to expect the attraction to be operating next month.

The image below was taken on Monday morning from the park's construction camera.

The three, multi-paneled walls, which are located inside the ribbon, have climbing holds in place. 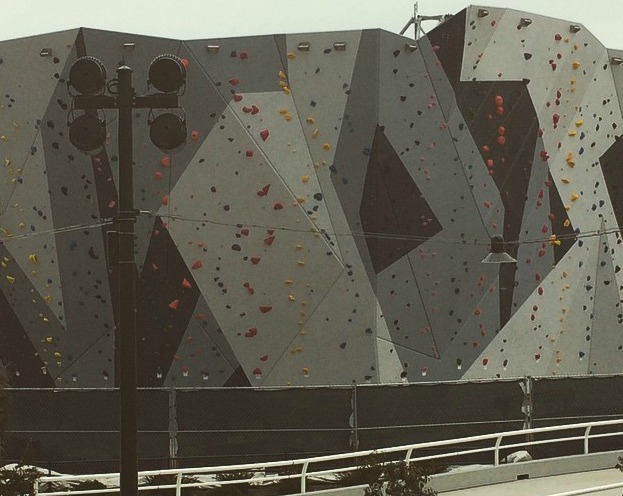 The walls appear to be designed for a variety of skill levels. 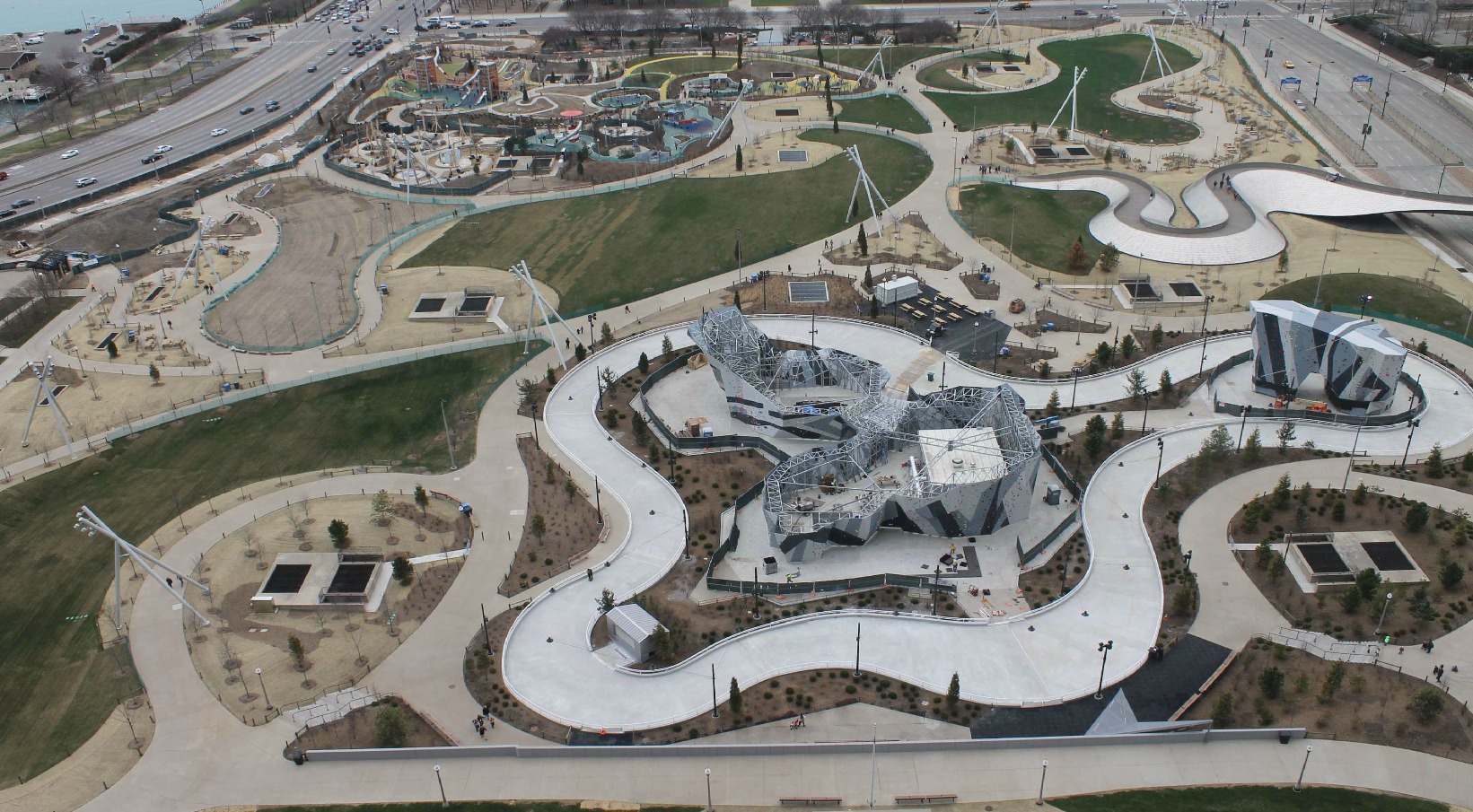 The ice on the ribbon, which officially opened in December, is gone for the season. It will be re-opened for roller skaters in the spring.

The ice rink was wildly successful, with the skate rental lines winding deep into the park on weekends. While there is a charge for skate rental, admission to the ice is free, making it almost worth buying your own stakes to avoid the lines.

The playground has been open since November, as part of the phased opening of the park.