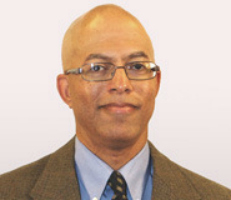 (CBS) -- The WBBM Newsradio family has lost an enduring sports presence, and the finest human being you will meet and work with in Eric Brown. Eric passed away early this morning after a long battle with cancer at the age of 58. Eric was a continuous sports voice at Newsradio 780 and 105.9 FM for 25 years, starting in 1988, and having to leave the air last fall to fight a courageous battle with cancer.

Eric embraced every sport and followed them with professionalism and class. There was never a question to a coach or a player he didn't put some thought behind, and he was tenacious at making sure all the facts were in order. Eric was a reporting mainstay for the Bears successes in the 90's, for the Bulls six championships, and it gave him a lot of joy to report and talk about two Blackhawks Stanley Cup champions in 2010 and 2013. Baseball was a day-to-day endeavor, and Eric tackled it without complaint, and with the easygoing effectiveness that was him.

Eric was genuinely interested in people, and a friend to all who crossed his path. Even in the months enduring cancer treatments, he was always upbeat, always positive that things would work out. For those who knew him, they are all better people for knowing him. For those who worked with him, we are better professionals for that privilege.

Stunned to hear about the passing of WBBM sportscaster Eric Brown. A terrific guy and true professional.

So sad to hear about the passing of Eric Brown. He was incredibly kind and so welcoming when I started covering games. @WBBMNewsradio

Very sad to hear about Eric Brown. Super nice guy. My deepest condolences to his family.

RIP Eric Brown. A sportscaster at WBBM like no other. A professional with a work ethic made of solid gold. Most of all he was my friend.

We're saddened to learn of the passing of Eric Brown of @WBBMNewsradio. A great person and a true professional.

.@JoshLissSports called Eric Brown "the world's nicest sportscaster". Eric was a great reporter, & an even better person through & through.

@WBBMNewsradio lost a dear colleague today. Eric Brown. Eric was kind, sweet decent & of a gentle spirit. I am so grateful I knew such a man

Will always remember the kindness Eric Brown showed me as a young reporter. Touching tribute by @CSNBoden: http://t.co/s0Qx128iLI

If you ever wondered who the nicest person in Chicago media was. He was WBBM's Eric Brown. A Super talent too. RIP-EB pic.twitter.com/tbZT4kuKX0

Here's Eric Brown talking about the highlights of his career at WBBM from a 2008 Anniversary Special I produced. https://t.co/wALR3pk4Ux

You might not know Eric Brown by face, but you heard his voice, plus the answers so many Chicago athletes gave to his thoughtful questions.

In memory of colleague and friend, Eric Brown http://t.co/VImnezHr4Y