CHICAGO (CBS)—A party at a Lincoln Park Airbnb ended in a seven-hour stand-off with police, but the three people involved are not facing any charges Monday morning. 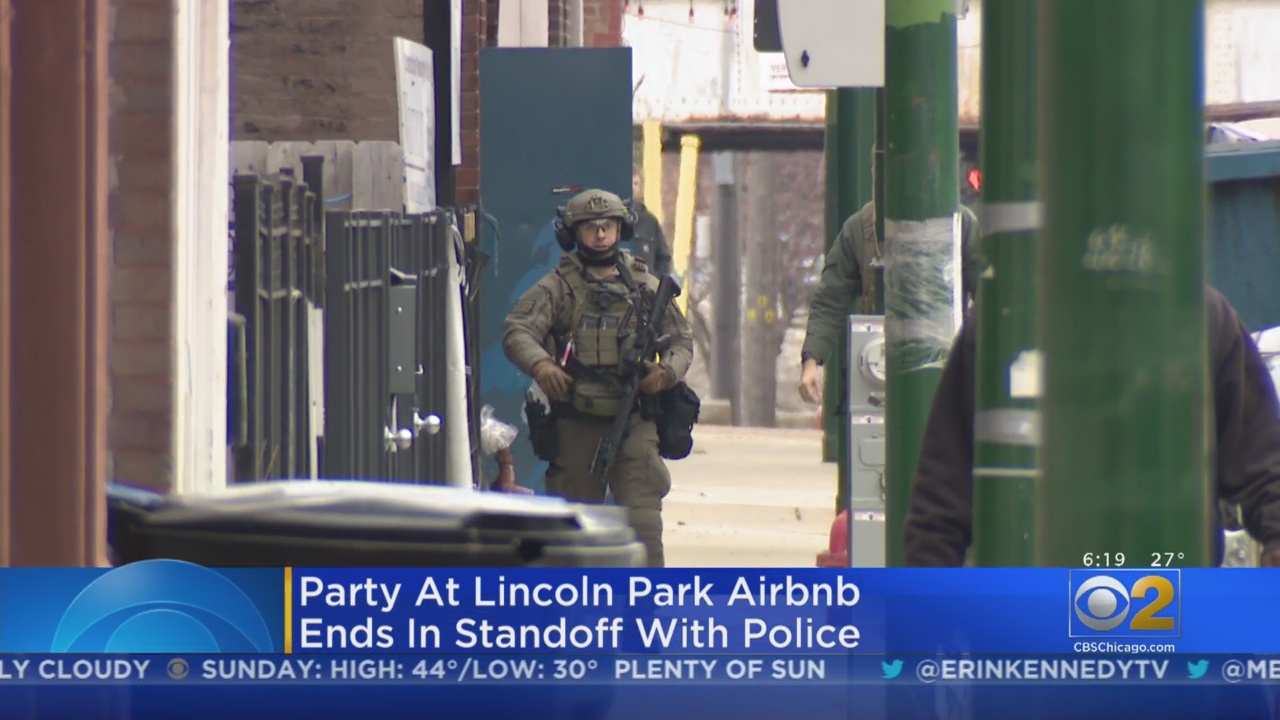 Police went to the home on Clybourn and Fullerton after getting several calls about someone inside with a gun, but the people inside wouldn't allow police to enter.

A SWAT team eventually got inside the residence on the 2400 block of North Clybourn Avenue.

Chicago police confirmed two assault rifles and seven handguns with ammunition were recovered from the scene.

Police took three people into custody for questioning, and they have all been released.

No one was injured, police said.