CHICAGO (CBS) -- A lawsuit is blaming a child welfare agency for the death of Semaj Crosby, the little girl found dead in her own home in Joliet last year.

Her body was found in a Joliet home, in a room filled with garbage, beneath a ripped up couch in April 2017.

The death of 17-month-old Semaj Crosby was ruled as a homicide, but no one has been charged.

The lawsuit, filed Tuesday, claims negligence and wrongful death on the part of Children's Home and Aid. 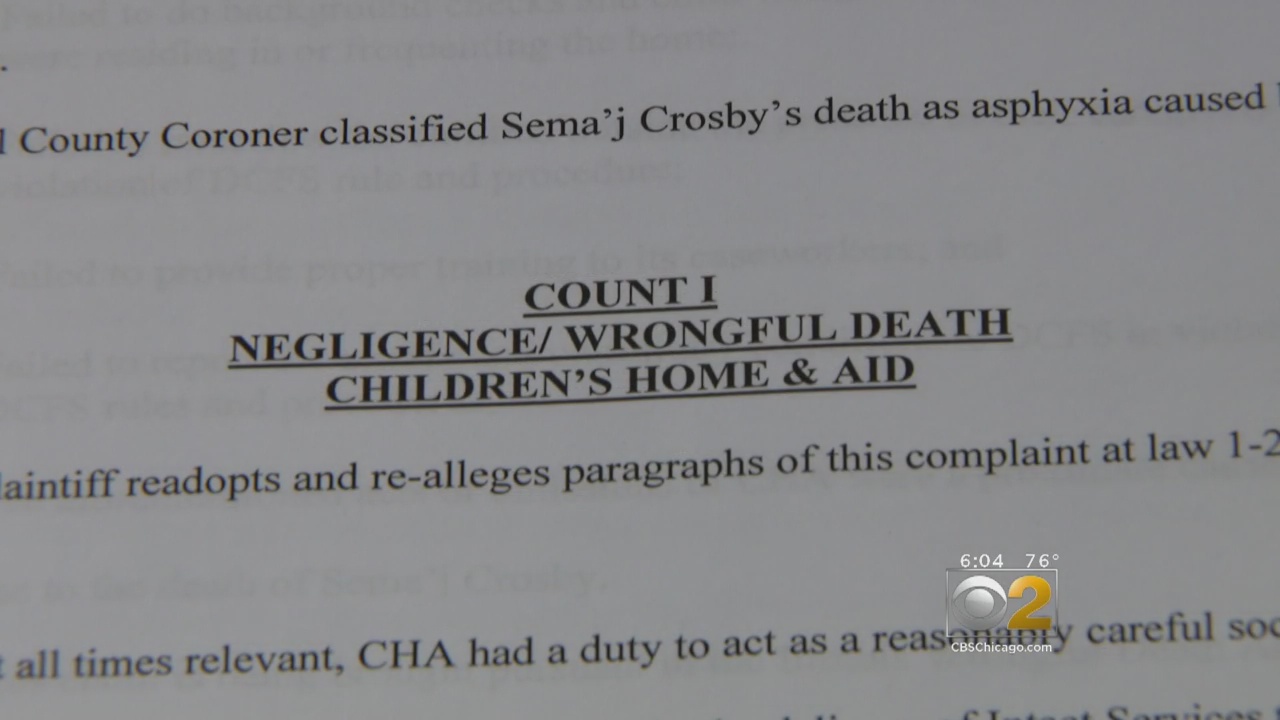 Deratany says DCFS contracted with Children's Home and Aid, which had visited the home just days before Semaj disappeared, sparking searches in the area.  The agency was to provide services for Semaj's mom, Sheri Gordon, who was determined to have cognitive limitations. Deratany says they also had an obligation to report the conditions there.

"You can't have a child living in uninhabitable conditions," said Deratany. "If you're going to take a state contract, in effect take money from the taxpayers, you better do your job."

The lawsuit alleges a long list of failures, including failure to remove the child from the home.

"There were prior hotline calls about abuse and in our view, they weren't properly followed through," Deretany said.

Deratany says Semaj's father is paying the price, claiming he is devastated.

Children's Home and Aid did not respond comment. DCFS declined to talk about the lawsuit, saying only that the case is still under criminal investigation as a homicide.