CHICAGO (CBS)--The northbound lanes of Lake Shore Drive over the Chicago River will remain closed Tuesday, a day after the discovery of a huge crack in a support beam.

The crack caused two parts of the bridge to separate, causing one part to drop about nine inches. Crews immediately closed the bridge after the crack was discovered Monday, and another support beam was later found to be faulty.

The bridge closure is a huge inconvenience for the more than 100,000 drivers who use Lake Shore Drive. 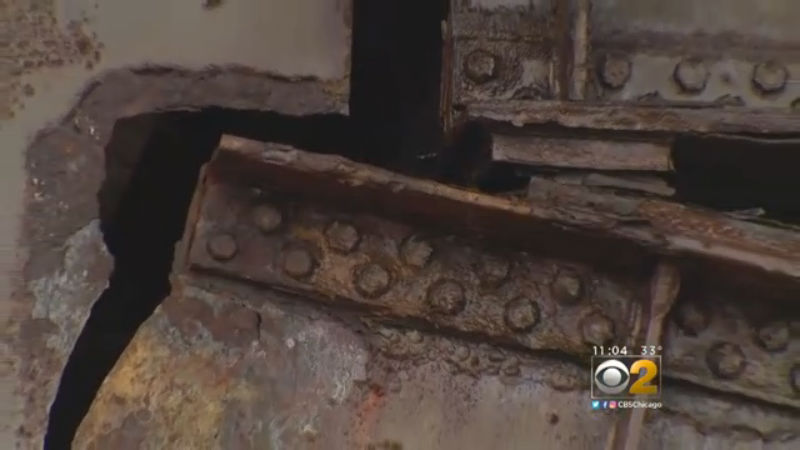 As of Tuesday morning, the city said closures that snarled Monday evening traffic on Lake Shore Drive would likely end by the Tuesday evening rush.

"We made good progress through the night," said city spokesperson Michael Claffey in an email. "The goal is to re-open by the evening rush, but it's still going to be a major challenge."

After crews worked on the bridge repairs most of the day Monday, the Wacker Drive ramp to southbound Lake Shore had reopened overnight, Claffey said.

"The shoring towers under northbound Lake Shore Drive are in place and we are starting to jack them up around now," he said.

What caused the beams to crack is still unclear. No injuries or damage were reported as a result.

The cracks were first discovered by a crew repairing street lights in the area on Monday. 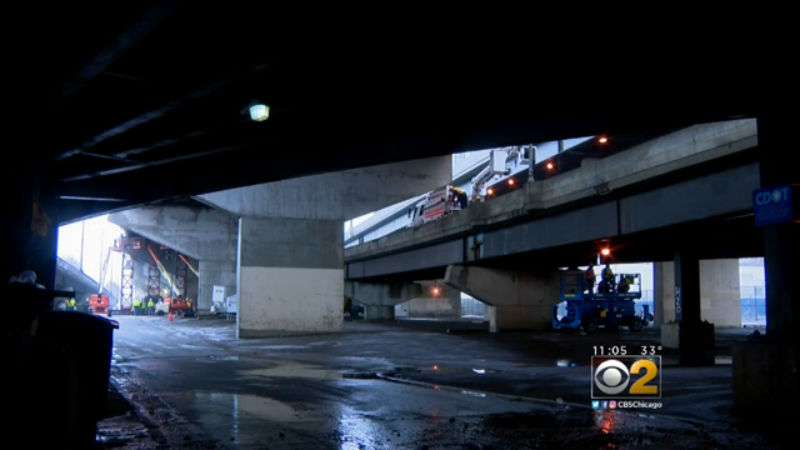 "This issue may exist in other spaces, in other beams as well," he said.

One in five of Illinois bridges are deemed structurally deficient.

"Illinois' situation is, I believe, below average," Fu said.

And while this bridge passed its latest inspection in 2017, a state document shows problems including cracks and minor deterioration were reported even then. That damage is almost two years old now. And the recent extreme cold wasn't doing it any favors.

"A small crack can be so small our eyes won't even be able to tell," Fu said.

He said it only takes a few days "for it to fracture to this big."

Ed Maher, the communications director for the International Union of Operating Engineers says the close call should serve as notice to all lawmakers that infrastructure problems must be addressed.

"This is a warning sign and I would say that we got off lucky," Maher said. "Think of how much worse this could have been."

Maher said it was fortunate that no one was seriously injured or killed. He said injuries could have happened if the break had happened in the middle of Lake Shore Drive instead of to the side.