(CBS) –"Empire" actor Jussie Smollett, upset after a racist letter sent to the show's studio didn't get a "bigger reaction," is suspected of paying two men to attack him a week later, according to multiple sources with direct knowledge of the investigation.

"When the letter didn't get enough attention, he concocted the staged attack," a source told CBS 2 Investigator Brad Edwards. Other sources corroborated that information.

De Mar spoke on the phone exclusively with the Osundairo brothers Monday afternoon.

"We are not racist," they said. "We are not homophobic and we are not anti-Trump. We were born and raised in Chicago and are American citizens."

Smollett received a letter containing a white powder Jan. 22. The letter was mailed to Chicago's Cinespace Studios, where the show "Empire" is filmed. The letter prompted a HAZMAT response. CPD says the "white substance" was later determined to be aspirin.

The note was crafted with letters apparently cut out from magazines to form words. The pieced-together message contained racial and homophobic threats directed at Smollett. A magazine is one of the pieces of evidence retrieved from the brother's home last week during a search conducted by CPD. Investigators also recovered a book of stamps.

The brothers are acquaintances of Smollett.

When asked about the letter in a televised interview last week, Smollett said, "On the letter, it had a stick figure hanging from a tree with a gun pointing toward it." It also had "MAGA" -- reference to President Donald Trump's campaign slogan Make America Great Again – written as the return address.

"In due course all the facts will reveal themselves, and at the end of the day, my clients are honest and credible," the brothers' attorney Gloria Schmidt said. 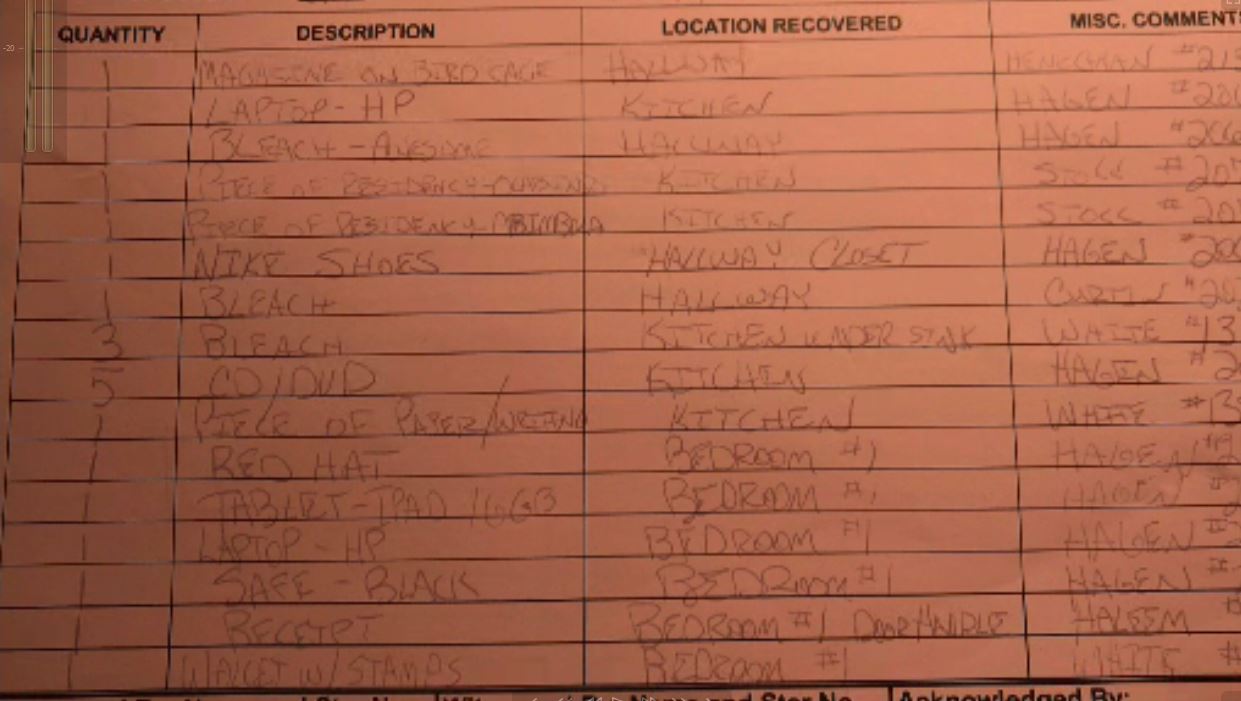 During the search of the brothers' home last week, a "piece of paper/writing" was also seized. CBS 2 is the only news source with video from inside that house. Police evidence logs exclusively obtained by CBS 2, show investigators took the writing sample, magazine, and a "wallet with stamps."

Chicago police say the FBI is handling the investigation surrounding the letter, because that's a federal-level concern.

Smollett claims two men attacked him in Streeterville early Jan. 29 as he was heading to his apartment. He said they yelled racial and homophobic slurs at him, poured a chemical on him and put a rope around his neck.

Sources say at least one of the brothers bought the rope used in the incident at Smollett's request. The sources also say the "Empire" actor paid for the rope, which was purchased at the Crafty Beaver Hardware Store in the Ravenswood neighborhood the weekend of Jan. 25.

Sources said one of the brothers held the rope and poured bleach while the other wore a plain red hat and yelled slurs at Smollett.

The sources say the red hat was bought at an Uptown beauty supply store and that the attack was supposed to happen before Jan. 29. The brothers told detectives the three men rehearsed the attack days prior to it happening. Smollett paid the brothers $3,500.

When Edwards reached out to CPD, immediately prior to this reporting, a spokesperson responded via text:

"When this investigation is over, we will have a detailed accounting of the case. While we are not in a position to confirm, deny or comment on the validity of what's been unofficially released, there are some developments in this investigation and detectives have some follow-ups to complete which include additional investigation and speaking to the individual who reported the incident."

Smollett's lawyers replied to request for comment on the new allegations with the following statement:

"We are not going to respond to every new, anonymous accusation or rumor. Jussie Smollett's lawyers are in contact with the Chicago Police Department. Jussie will continue to cooperate with the investigation in an appropriate and respectful manner that does not include talking to media at this time."