KENOSHA, Wis. (CBS/AP) -- A judge has modified the bond requirements for Kyle Rittenhouse so as to prohibit him from associating with known white supremacists.

Rittenhouse, now 18, is accused of shooting and killing two people and wounding a third during civil unrest in Kenosha days after the shooting of Jacob Blake by police there. He was still 17 at the time.

According to online court records, a Wisconsin judge modified Rittenhouse's conditions of release on Friday to note Rittenhouse "shall not knowingly have conduct with any person or group of persons known to harm, threaten, harass or menace others on the basis of their race, beliefs on the subject of religion, color, national origin, or gender."

He is also barred from possessing and consuming alcohol and from having firearms.

This comes weeks after Rittenhouse was spotted at Pudgy's Pub in Mount Pleasant, Wisconsin on Tuesday, Jan. 5, the same day he was pleaded not guilty to charges of shooting and killing two people and injuring a third during violent protests in Kenosha this summer.

In a filing the following week, Kenosha County Assistant District Attorney Thomas C. Binger wrote that he had reviewed video surveillance from that day. He wrote that Rittenhouse arrived at the bar at 2:30 p.m. along with his mother and several other adults, and stayed until just after 4 p.m.

Still images from that day show Rittenhouse first posing for photos outside the bar with two adult men who arrived with him, the filing said. In each, Rittenhouse and one of the men flash the "OK" sign.

Other screen grabs show Rittenhouse posing for several photographs in a T-shirt which reads, "Free as F**k," and again flashing the "OK" sign with the adults in the bar, the filing said.

The "OK" sign, prosecutors noted, has been co-opted as a white power gesture by "known white supremacist groups."

The hand symbol began as a hoax by users of the website 4chan before turning into a popular trolling tactic, the Anti-Defamation League explained in 2019. By that year, it had evolved into a gesture embraced "in some circles as a sincere expression of white supremacy," the civil rights group said.

The filing also said five men who accompanied Rittenhouse to the bar "loudly serenaded" him with the song, "Proud of Your Boy," as Rittenhouse stood next to them.

"Proud of Your Boy" a song written for the 1992 Disney film "Aladdin," but not used until a 2011 stage adaptation, and is the source of the name of the far-right group self-described "western chauvinist" group the Proud Boys. Prosecutors said the song sung by members of the Proud Boys "as an anthem and for self-identification."

"The Proud Boys organization was founded in 2016 by Gavin McInnes. The group, initially through McInnes, has advocated violence, stating violence 'is a really effective way to solve problems' and 'we don't start fights...but we will finish them,'" Kenosha County prosecutors wrote in a filing. "The Proud Boys have been involved in several extremist rallies and movements, and multiple Proud Boys members have been arrested for various assaultive crimes. Indeed, members of the Proud Boys group have been tied to the breach of the United States Capitol Building on January 6, 2021 and at least one of their leaders has been arrested and charged in connection with the event."

Surveillance video also shows that Rittenhouse drank three beers while in the bar and was with the Proud Boys the entire time he was there, the filing said.

Prosecutors say Rittenhouse, who is white, left his home in Antioch, Illinois, and traveled to Kenosha after learning of a call to protect businesses after Blake, a Black man, was shot by police seven times in the back Aug. 23 and left paralyzed.

Rittenhouse opened fire with an assault-style rifle during protests two nights later, killing Joseph Rosenbaum and Anthony Huber and wounding Gaige Grosskreutz. Rittenhouse and his attorneys have argued he fired in self-defense. 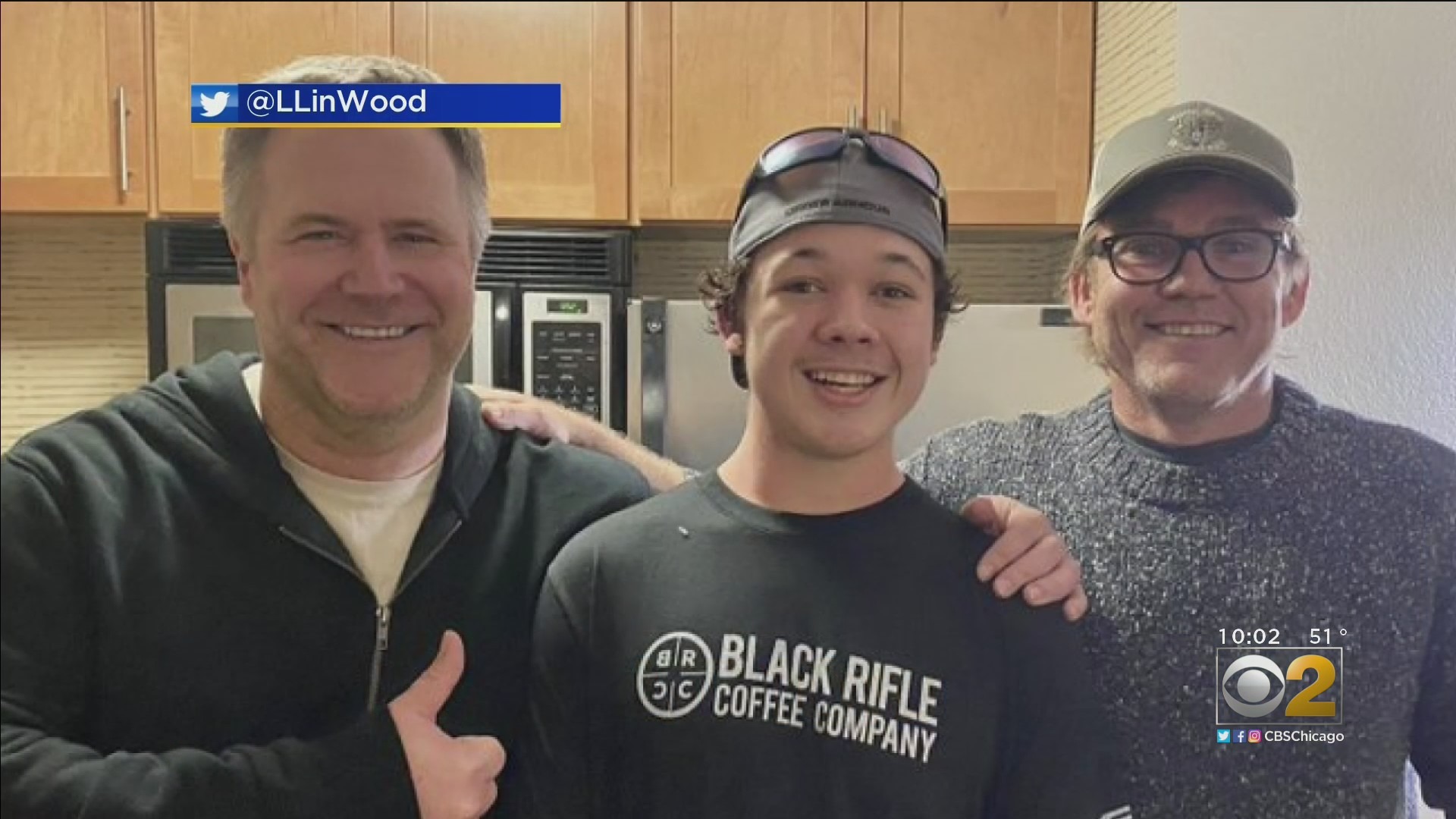 Conservatives have rallied around Rittenhouse, describing him as a patriot who took up arms to protect people and property, and raised enough money, with help from actor Ricky Schroder, to make his $2 million cash bail. Others see him as a domestic terrorist whose presence with a rifle who incited protesters.

After it was first revealed that Rittenhouse had gone to the bar last week, police contacted the Kenosha County District Attorney's office and determined his presence at the bar alone did not violate his bond agreement. It is legal for underage people to drink at bars with their parents in Wisconsin.