CHICAGO (CBS)--Two months after the fatal shooting of security guard Jemel Roberson, the Midlothian police officer who shot him at Manny's Blue Room Lounge has been identified. 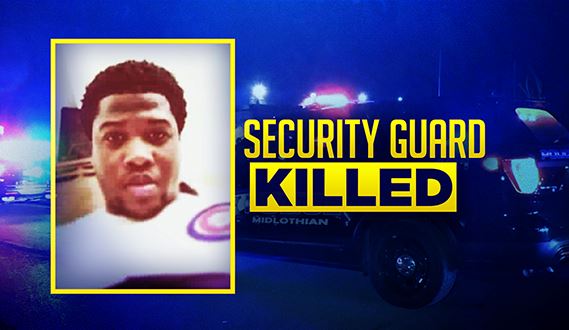 A newly-revised wrongful death lawsuit filed by Jemel's mother Beatrice Roberson on Jan. 18 names Midlothian police officer Ian Covey as the person who allegedly shot Roberson as he held down a man who had shot up the bar in the early morning hours of Nov. 11.

Covey allegedly mistook Roberson for the gunman who started shooting inside the bar.

Roberson's mother is seeking $1 million in damages in the lawsuit, which names the Village of Midlothian and Covey as plaintiffs.

The lawsuit says Roberson endured "pain and suffering, mental trauma, fear, anxiety, monetary loss and eventually death" as a result of the fatal shooting, described as "intentional and willful" in the court document.

The Roberson family has been demanding answers from police since the shooting, but few details about what happened that night have emerged.

Witnesses say Roberson held the gunman down and pointed a weapon at him. That's when Midlothian police arrived to a call for back-up from Robbins police.

There are conflicting stories about what happened next, but Illinois State Police say Roberson did not comply with demands to drop his gun.

Roberson's family is holding a press conference Saturday, Jan. 19 at 12 p.m. outside the bar where Roberson was killed.