According to an interview with the Onion, Bears embattled quarterback Jay Cutler said the punter is to blame for the losses against New England and Green Bay.

"It's certainly not an easy thing to say, but at the end of the day, someone has to step up and accept that mistakes were made by our punter, Pat O'Donnell," said Cutler.

That didn't sit well with "Barstool."

Now, just to be clear, Derrick Rose's comments about resting his knees and ankles so that he could comfortably attend his young son's high school graduation in about 15 years?

Cutler's comments about the punter?

NOT TRUE! It's The Onion, you sillies. 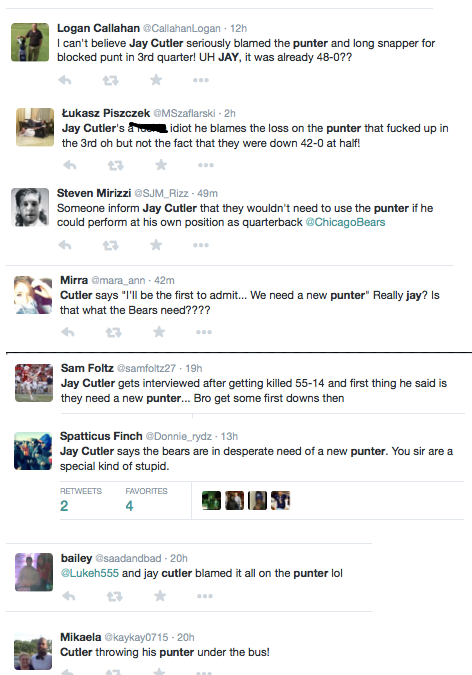 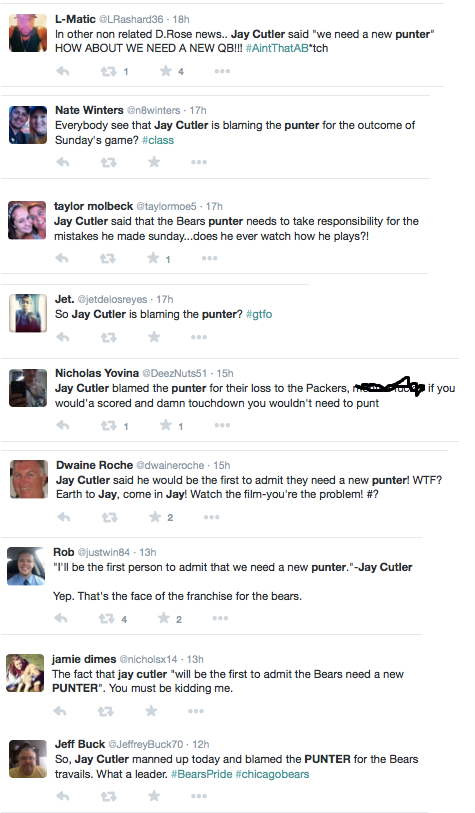 In the interest of fairness, "Barstool", got back to me to clarify his position.