CHICAGO (CBS)-- A critical tip about the man charged in two Chicago shootings came from police about 30 miles away in northwest suburban Itasca.

Detective Anders Langlo with the Itasca Police Department put it all together. 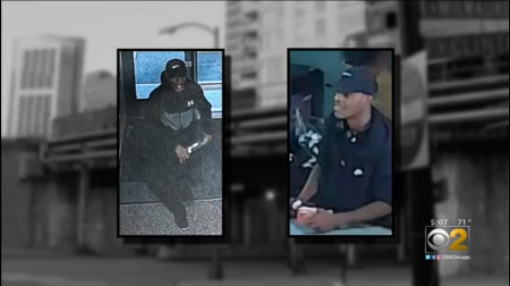 Detective Anders Langlo with the Itasca Police Department happened to be looking up at the TV when surveillance video from Chicago Police appeared on the screen. He said he did a double take because it looked just like the surveillance video of a burglary suspect he'd been trying to track down for months. 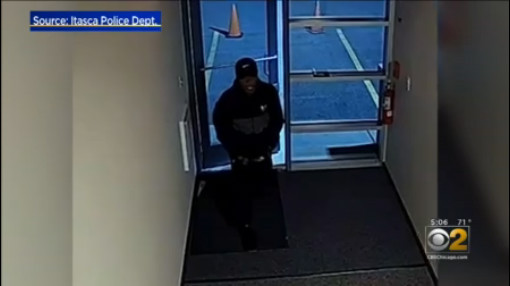 "He's definitely a person of interest for us," Langlo said.

Langlo has only been with the detective unit in Itasca for a year and he's never made a bust quite this big. He's now being commended for helping take a violent fugitive off the streets of Chicago.

Langlo had been looking for 45-year-old Michael Blackman since June when the first of three commercial businesses in Itasca was burglarized.

He'd been in touch with neighboring departments including Deerfield, Mount Prospect and Rolling Meadows that had experienced similar crimes.

Itasca police gathered surveillance video from one of the businesses.

Langlo had the image seared in the back of his mind when he saw the video from Chicago police looking for a bicyclist who shot a woman in Fulton Market.

"He was wearing very similar clothing like he was in ours so I put some pieces together, your CPD took the case from there, they were able to confirm," Langlo said.

Lango said the black hat in particular caught his attention.

By the next day, a positive identification gave Chicago police a leg up in their hunt.

Blackman has a long history of burglary, assault and battery arrests in DuPage and Cook Counties. Including, an outstanding warrant from Rolling Meadows police issued just 10 days ago.

Langlo said he was glad that he was able to do his part for the people police say Blackman shot.

"I'm glad it turned out and no one else got hurt," Langlo said.

CBS 2 asked why Blackman might have been targeting businesses out in this area. Itasca police say one thing the targeted cities have in common is they are all on the train line.

In one case they know he used a bicycle just like the one used in Fulton Market.