CHICAGO (CBS) -- Iran's national men's volleyball team was detained for more than four hours on Saturday when they arrived at O'Hare International Airport, ahead of the Volleyball Nations League Tournament in Chicago.

According to the Jerusalem Post, the team's coach said they were detained by law enforcement authorities after arriving at O'Hare, and some players were forced to answer "nonsensical questions" one by one, while the Polish team was able to leave the airport immediately, no questions asked.

A spokesman for U.S. Customs and Border Protection told CBS Chicago that "normal CBP procedures were followed. Everyone was processed without incident."

According to the Islamic Republic News Agency, Iran filed a diplomatic protest with the U.S. The top Iranian foreign ministry official for US affairs, Mohsen Baharvand, filed the complaint through the Swiss ambassador to Tehran -- which represents US interests in Iran, as the country has no diplomatic relations with Washington.

"If America cannot host all the teams fairly and neutrally, it better stop hosting sport events," the official told the Swiss envoy.

The FIVB, the international governing body for volleyball, said it was concerned by the incident, and working with authorities to make sure it doesn't happen again at future volleyball events in the U.S.

"Ahead of their arrival, the FIVB worked very closely with various stakeholders including the IOC, USOC and USAV to ensure that the Iranian delegation would have a smooth entry procedure. And whilst many of the Iranian delegation were not detained for an unusual period, those that were are understandably upset," FIVB spokeswoman Anna Manuelian stated in an email.

Manuelian said the Iranian team arrived safely at their hotel, and will play in the VNL Finals, which start Wednesday at Credit Union 1 Arena at the University of Illinois at Chicago. They practiced Monday afternoon at UIC. 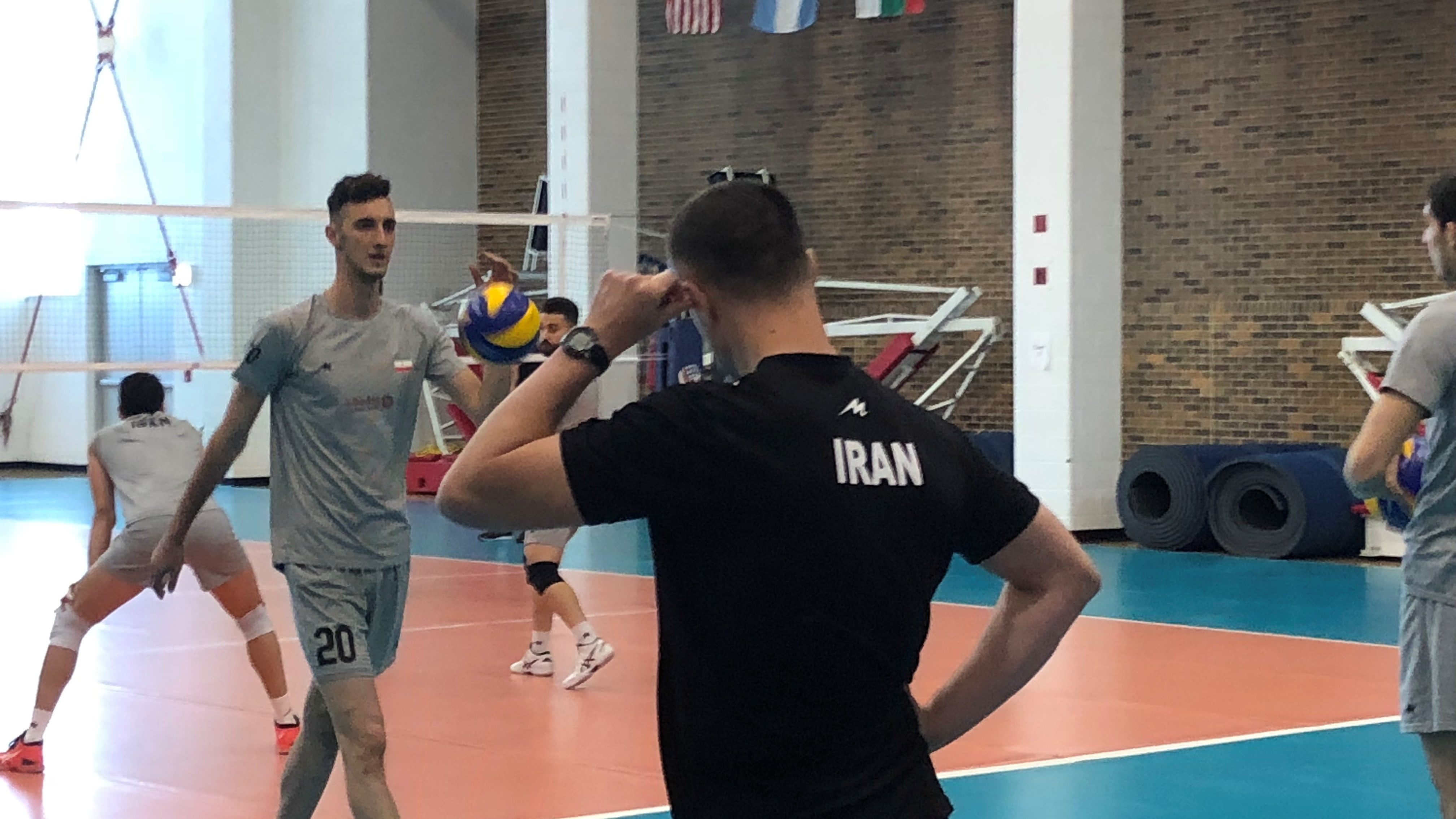 Iran's volleyball team is slated to play against Poland on Thursday and Brazil on Friday. Two out of the final six teams playing in the Finals will face off Sunday in the championship game, which would be next Monday in Tehran.