It was a Thursday night, her night for self-care in her safest place – her home. She looked forward to relaxing with an episode of "Grey's Anatomy" awaiting her. Even her family and friends don't contact her on Thursday nights, she joked.

"My friends and family know: don't call, don't text," said Young, 49, who graduated with a master's degree from the University of Illinois at Chicago's Jane Addams College of Social Work. "This is my night to myself. And that's always been on a Thursday night." 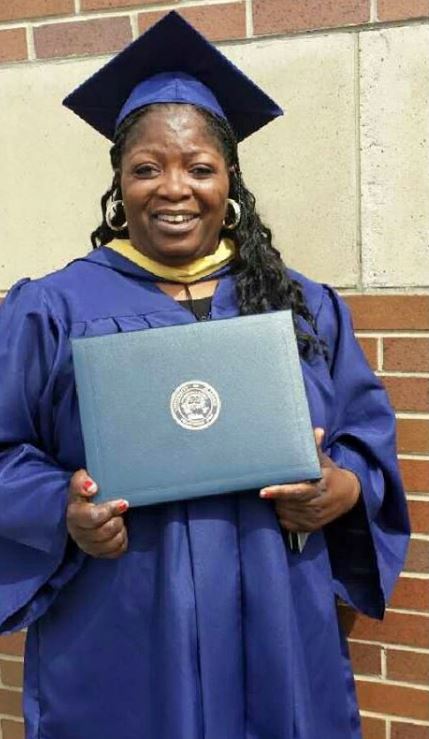 Young works as a clinical social worker, helping victims of violence. It's been her passion for more than 20 years.

When she's not doing that, she's volunteering at Progressive Baptist Church. 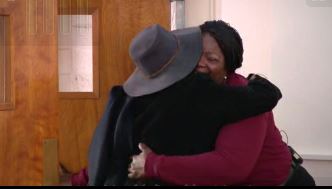 But she said her home, located in a neighborhood at the edge of the West Loop, doesn't feel as safe as it used to because on Feb. 21, at 7 p.m., it was invaded.

"I'll never forget it. February 21st," Young said. "[I] had undressed in my bedroom, getting ready to get comfortable. And then I hears these loud slams."

Undressed and afraid, Anjanette said she grabbed the nearest jacket to cover herself while she ran to the door. But the door just burst open, she said, and she saw guns.

They were guns pointed by Chicago Police officers.

"Before I knew it, there was a swarm of police officers," she said. "They had these big guns, long guns with scopes and lights... I thought they were going to shoot me."

Officers were there to execute a search warrant, police documents show. But they were in the wrong home. 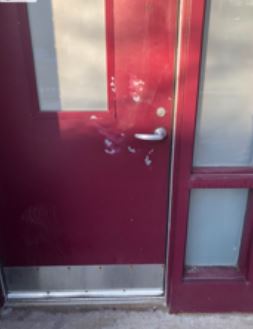 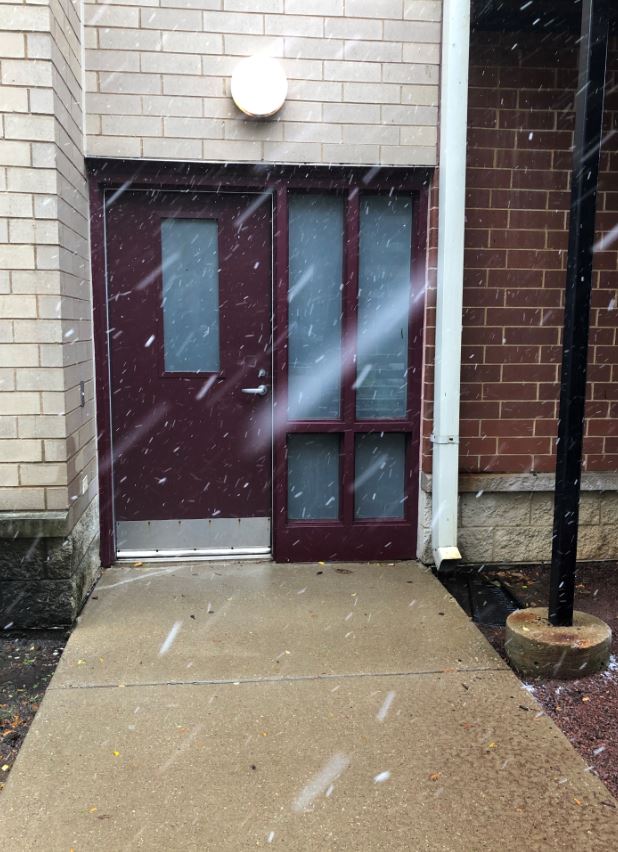 Young said officers yelled at her to put her hands up, so she complied, causing her only article of clothing to fall out of her hands. She also said police handcuffed her while she was still naked.

"I can just remember crying and yelling, 'Please let me put my clothes on...you have the wrong place," she said. "I can see it all over again...I can see them walking around my house and feeling like, feeling humiliated."

A day before the officers executed the search warrant on Young's home, a confidential informant gave them a vague tip about a 23-year-old man with ammunition and a handgun, according to the complaint for search warrant. An assistant state's and a judge signed off on it.

But CBS 2 found police didn't do sufficient research to independently verify what the informant told them, including where the suspect actually lived. Through a quick search of publicly available information, CBS 2 found the suspect had listed address across the street.

"If they had done any front end research," she continued, "I think I would never be sitting here telling this story."

Eventually, she said, they let her make a phone call. And she called the first person she could think of, Reverend Ray Hawkins, the associate pastor at her church. 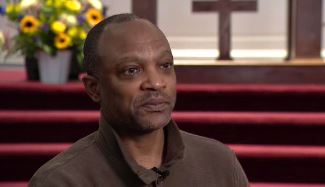 Hawkins said he was at home when he got the call – and Young didn't sound like the person he knew.

"And then I listened and she seemed flustered and distraught, and then it hit me that something was wrong," Hawkins said. "And further, I know this is not Anjanette. She's very grounded and stable in her personality and her thinking."

When he got to the scene, he said, Young was shaking and crying. He stayed with her for at least an hour consoling her while she told him what happened.

"She was totally in the nude [during the raid]," he said. "…Just the humiliation. The total dehumanizing of a person."

Young isn't the first person to come forward and say the Chicago Police Department humiliated her during a wrong raid. She's among dozens of victims CBS 2 found during our year-long investigation about how bad raids traumatize innocent people – and the police department's failure to make reforms. This was the subject of a half-hour, CBS 2 documentary, [un]warranted. Referenced in the documentary were the 10 families who have filed wrong raids lawsuits since CBS 2 first began reporting on the problem.

Young is one of them. Her attorney, Keenan Saulter, filed a federal lawsuit against the city and police department on her behalf.

"These people are treated less than human," he said of Young and the wrong raids victims CBS 2 uncovered.

Even though the bad raid happened nine months ago, it wasn't until after CBS 2 broke this story online Tuesday morning that the Civilian Office of Police Accountability (COPA) contacted Young. In an email to her attorney, the agency wrote they have opened an investigation into her case.

Outgoing Superintendent Eddie Johnson has refused more than a dozen CBS 2 requests for interviews to talk about police raiding the wrong homes, or Young's case.

In a statement, police spokesperson Anthony Guglielmi said the department "has instituted in-service training for officers on best practices to reduce the risk of error and ensure the accuracy of information when applying for and executing criminal search warrants."

CBS 2 requested from police specific details on what the training entails and when it began. Police said the instruction isn't new, but "refreshers" were added as part of in-service training to area tactical teams.

The statement also said, in part, "The incident is currently under investigation by COPA and should any wrongdoing be discovered, officers will be held accountable."

In a recent CBS 2 report, Chicago Police officers revealed major missteps as they were questioned in depositions for a lawsuit after raiding the wrong home. This includes one officer's claims that he was never trained in certain investigative methods and tools for verifying information. The same officer said he was never disciplined by the department.

In Young's case, she said police eventually gave her a sheet to cover up during the raid at her home, but it's unclear when or how long into the raid it happened. Body camera video footage from the raid exists, according to the original case incident report.

But for three months the police department has refused to comply with CBS 2's Freedom of Information Act (FOIA) request for the video. On Monday, the day before CBS2 planned to air Young's story, police denied the request, citing an exemption that restricts the release of body camera video unless police make an arrest, use force or if a complaint is filed. CBS 2 appealed the police department's denial.

After seeing CBS 2's reports of body cameras revealing police officers' conduct during wrong raids, including officers continuing to search even after they find out they are in the wrong home, Young also filed a FOIA request for the video. Her request is pending.

"I want it to be known how they treated me," she said. "What man in there doesn't have a mom, or a sister, or a daughter, and could have compassion for a woman who's standing here naked?"

Young said she still feels triggered every time she comes and goes from her home – the marks on the door are still there as a reminder of what happened in February. She said she still doesn't feel completely safe in what should be her safest place.

"What they took away from me, I can never regain," Young said. 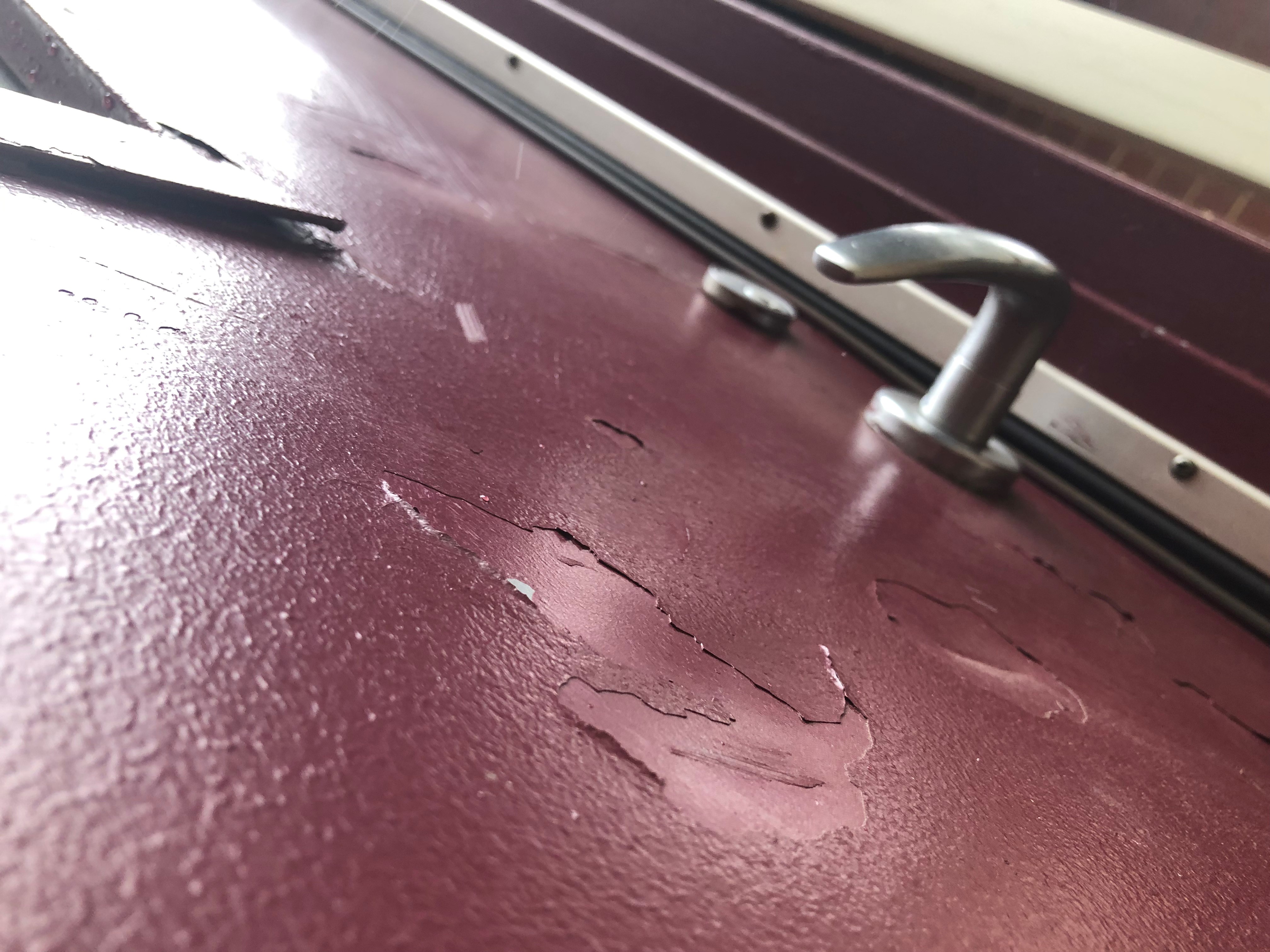 Now, she leans on her church for healing and support, while she copes with the same trauma she helps others with in her job as a social worker.

"I have to push past it and be able to do that to be in a good space. Otherwise, they'll again take away from me who I am as a helping professional," she said. "I need to take care of myself so I can continue to do my work and take care of other people."

Mayor Lori Lightfoot tasked the city's chief risk officer with reviewing the police department's policies and procedures for obtaining and executing search warrants, including what happened in the wrong raid at Young's home. The Chicago's Office of the Inspector General has also launched an audit in response to CBS 2's findings.

CBS 2 has uncovered a pattern of police officers raiding wrong homes. Read about it here: