CHICAGO (CBS) -- An Indiana State Trooper is lucky to be alive after a single vehicle wreck left his squad car flipped over. 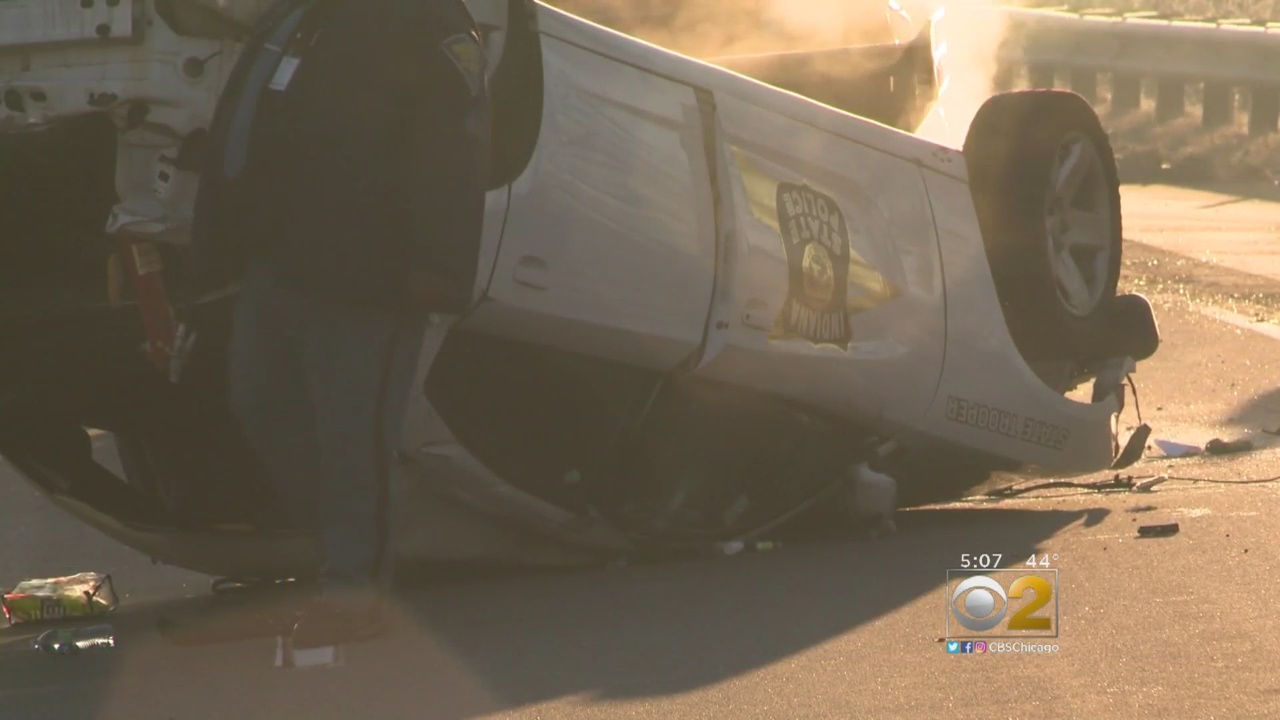 Slick pavement from overnight frost caused the wreck not too far from the Notre Dame exit on the toll road in South Bend.

"Sometimes it's the little things that make a difference," he said. "In all the debris there I found the trooper's protective charm that a lot of us have in our cars. So it's just kind of interesting when you walk up to a chaotic scene like that and you look down, and you see something as simple as this. So this is one of the things I'm going to be taking to the trooper when I get to the hospital."

The trooper did get his cross back. CBS 2 is told he held it as doctors and nurses tended to his injuries at the hospital.