It's the first time Indiana has surpassed 6,000 new cases, and the new daily record represents a 29% increase over the old record of 5,156 new cases reported on Wednesday.

The Indiana Department of Health also reported 51 new coronavirus deaths. That ranks among the highest daily death tolls.  The state's No. 1 killer is heart disease, which claims about 40 lives a day on average.

Since the start of the pandemic, Indiana has reported a total of 230,965 coronavirus cases, and 4,563 confirmed deaths. Another 250 probable deaths have been reported based on clinical diagnoses in patients who were not tested for the virus.

The number of statewide hospitalizations continues to soar, reaching a new high of 2,569, more than double the number of virus patients being treated in Indiana hospitals a month ago. 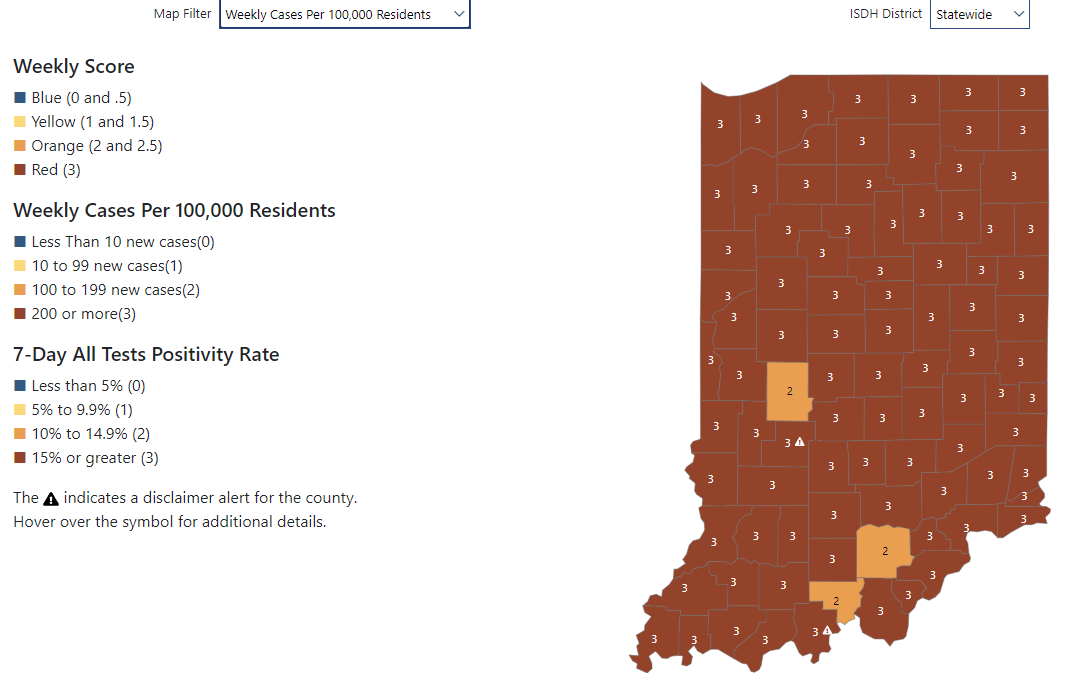 The five-county region of Northwest Indiana also shattered the daily case record, with 1,035 cases reported. The test positivity rate in the region is up to 15.2%, and the positivity rate for unique individuals stands at 22.6%. An additional three deaths were reported, bringing the total number of fatalities to 569.

The number of people in the hospital in Northwest Indiana stands at 422, shy of the record of 449 two days earlier, but still nearly double the figure from a month ago.