ST. JOHN, Ind. (CBS) -- At Lake Central High School in St. John, Indiana, football players hit the field and fans came out amid the COVID-19 pandemic, highlighting the differences between Illinois and Indiana.

The stadium can squeeze in up to 4,500 fans and players, but Friday night just over 1,000 came out after Lake Central's first week back in classes, the cheers slightly muffled under face coverings. 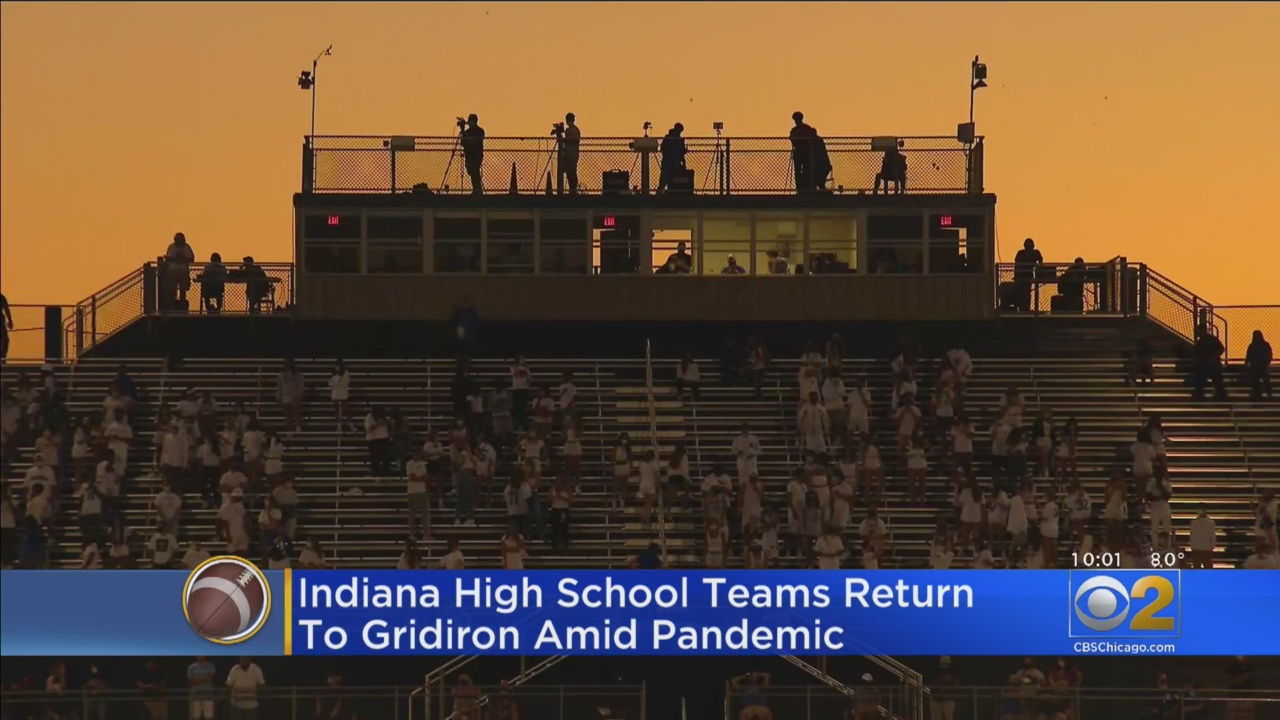 "It's a little hard. I understand the reasons. It's hard because you're yelling, and you're getting emotional," said Brooke Runyon. "It is what is."

The game was something because just across the state line in Illinois, high school football players and fans are not able to enjoy a Friday night like that. The Illinois High School Association banned the close contact sport and others due to COVID-19 fears.

"I think the precautions are good, and Lake Central has done a good job for us and the fans," said Runyon. "I feel safe."

Blue tape can be found throughout the bleachers to keep people a safe distance apart, including in the student section.

The athletic director said they have reduced the number of people to 1,500 maximum, including players and coaches

Only if a player or coach tests positive would the entire team be sidelines.

"If a parent gets it or a sibling gets it, it's only those in close contact. It's just the kid in the family," said Enyeart.

So for now the season rolls on.

"I hope the season continues and we're able to finish it out," said Runyon.

Not only are they playing football but also students are walking the halls at the high school. They have the option to do remote learning or come to classes.