That detail is part of a larger grand jury indictment of 12 Russian intelligence officers for hacking-related offenses in the 2016 election, the Justice Department announced Friday. The DOJ says the Russians intended to interfere with the 2016 presidential election, and all 12 defendants are members of the GRU, a Russian intelligence agency.

After the indictment was handed down, Illinois election officials acknowledged the previously known hack was connected to the Russian agents. Officials said Russians never attempted to infiltrate systems that actually count votes. 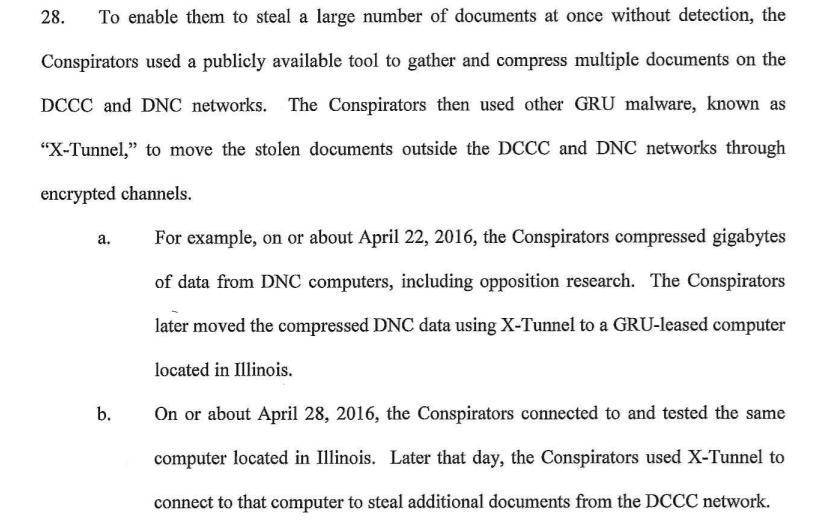 According to the indictment, the agents in July, 2016 hacked an unidentified state board of election database, and stole information about 500,000 voters. The information included names, emails and partial social security numbers.

While the indictment does not name the state board, Illinois election officials acknowledged in August of that year--and again on Friday--that their database was hacked, but downplayed the impact. They did not identify the alleged hackers, until today.

Officials at the time said "no more than about 200,000" voters had been affected by a cyber-hacking of the registration rolls.

On Friday, officials said actual number may be less than 100,000.

Cyber expert Darren Guccione said, "They used the most basic form of hacking we have out there today. As a result, once the Russians had that, they took it and exploited it."

Guccione says he is surprised to see how easily hackers got around the DNC computer security systems, saying it appears they tricked DNC employees through the growing scam called "spearfishing," using imposter emails to gain access to passwords and login credentials.

"The Illinois computer was a computer they used to steal documents, so it was an asset to them," Guccione stated.

The indictment — which comes days before President Donald Trump holds a summit with Russian President Vladimir Putin — was the clearest allegation yet of Russian efforts to meddle in American politics.

U.S. intelligence agencies have said the interference was aimed at helping the presidential campaign of Republican Donald Trump and harming the election bid of his Democratic opponent, Hillary Clinton.