CHICAGO (CBS) -- The new Illinois fuel tax kicked in Monday, July 1, doubling state tax at the pump and making Illinois one of the most expensive states to gas up in nationwide.

Hammond, Indiana, is one of the border communities seeing a spike at gas stations because some Illinois drivers are frustrated, fed up and willing to make the trip to save some money. 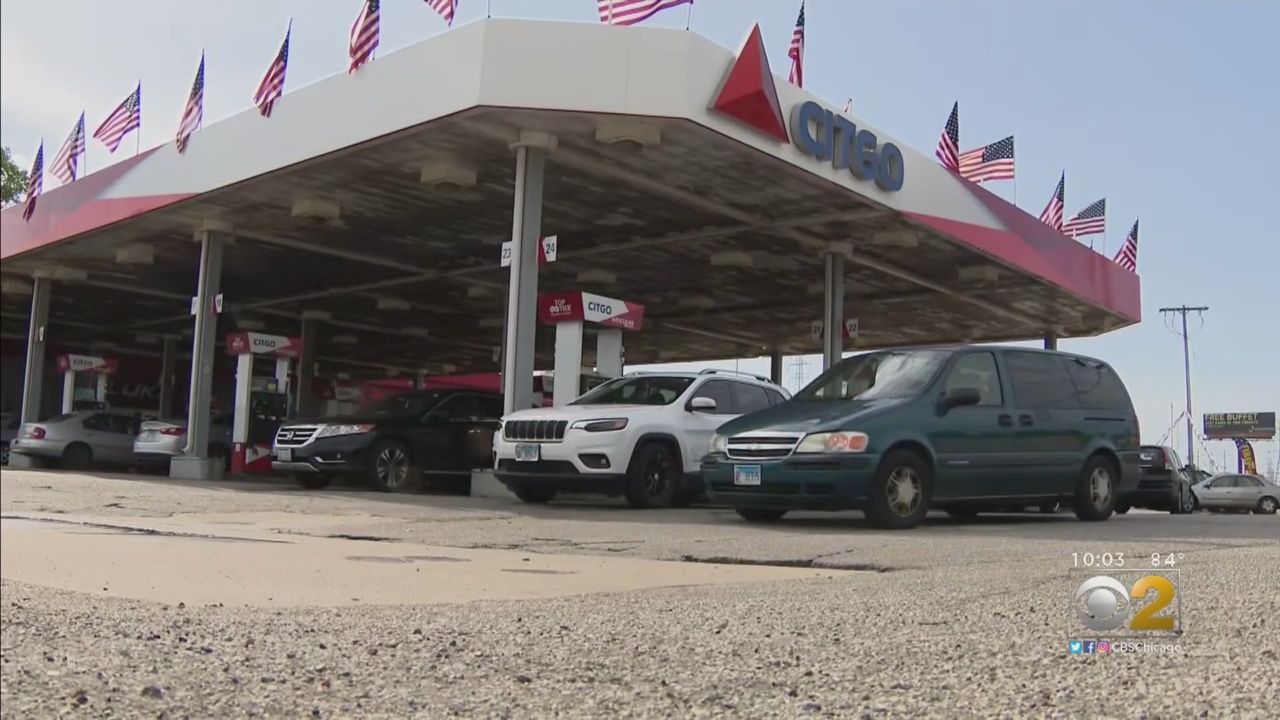 "Everybody in this area's going to go to Indiana," said John Bonner, who was filling up in Illinois.

Stations were nearly empty in Illinois and packed in Indiana when CBS 2's Tara Molina checked at the border on the first day of the tax. She found dozens of Illinois plates at the Hammond Citgo, just across the state line.

"I live literally around the corner from a gas station, and I come way out here," said Pam Vantrace, an Illinois resident filling up in Indiana.

"Takes me 20 minutes to come over here," said Illinois resident Clifton Allan as he filled up in Indiana. "I come over here and fill up."

The gas tax doubled Monday from 19 cents to 38 cents per gallon.

"After the increase we've jumped up to third, behind California and Pennsylvania," said Patrick DeHaan with GasBuddy.

DeHaan said GasBuddy expects stations near the Illinois border will have a hard time keeping their doors open.

"Just five minutes apart you could save 30 cents a gallon or more," he said.

But some drivers said the road trip is about more than 19 extra cents a gallong.

"Really sick of the taxes in the area," said Allan.

They are so fed up with Chicago's taxes they're willing to drive to Indiana to avoid them.

"If I can save an extra $2 to $3, get me an extra two to three gallons, it's worth coming over here," said Illinois resident Raymond DelGado as he filled up in Indiana.

He makes the trek from Pilsen, now for more than the gas.

"We go to the big box store," he said. "We come, and we buy over here. That's money that should be spent over there in Illinois, but they're taxing too much. We are able to get more groceries for the family."

But there are some spikes drivers just can't avoid, even over the border.

All registration fees also went up July 1, and there are two new taxes on garage parking.