CHICAGO (CBS) -- The ongoing and delayed construction on the Jane Byrne Interchange has been a headache for drivers. Now the state says some relief is on the way, but the project still won't be done for years.

IDOT announced Friday that two ramps will open at the interchange on Saturday morning. They also announced that some lanes will open up over the next few days.

Saturday morning, the inbound Dan Ryan ramp to Ida B Wells drive will open. A second lane of the Dan Ryan flyover ramp will also open to the outbound Eisenhower. And Morgan St. exit ramp will open.

Next week, the state will open another lane on the outbound Eisenhower between Halsted and Racine.

The adjustments will relieve some traffic congestion, according to IDOT.

After the project delays, and a price tag that has grown over the years, driver Katelyn Graham Wilcox is welcoming the openings.

"Actually, I'm planning on moving closer to the Loop unfortunately just too, so I don't have to deal with [the congestion]," she said.

The project started in 2013 and was originally supposed to be completed this year. Now the state says it won't be done until 2022. 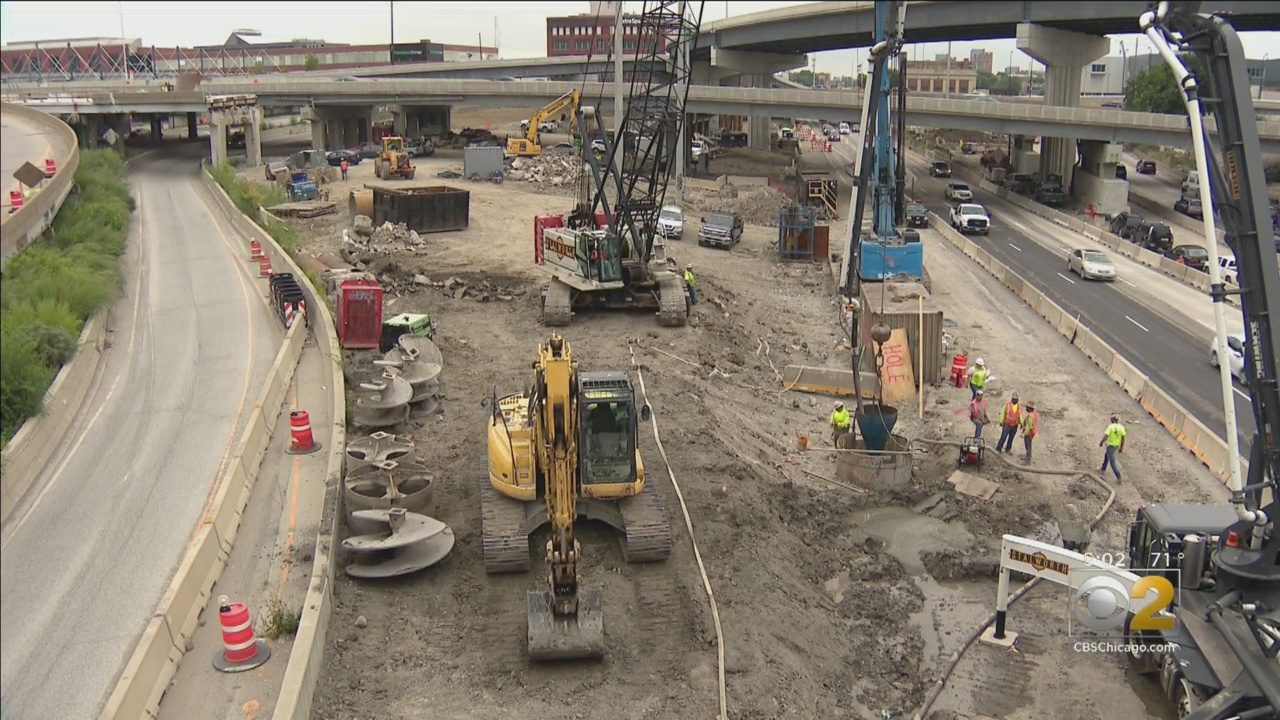 Click here for a timeline of the Jane Byrne Interchange and the work being done.

Quigley said one of the main contributors to the delay was the aging infrastructure and roadwork needed at another location: I-55 at Lakeshore Drive.

An IDOT spokesperson said the state did not realize how bad conditions were at that spot until after the Jane Byrne project had started.

Project planners decided that working extensively on the two projects simultaneously would create too much of a traffic burden for the city. IDOT significantly scaled back its work on the Jane Byrne project during the I-55 work, according to IDOT.

The project's price tag has also grown since 2013. The original estimated construction cost was $475 million dollars. That number has now climbed to $600 million. That figure does not include engineering cost. The total projected cost, currently, is $713 dollars.

"With the impact and the delays and the coordination, we have some costs that go up over the time," Quigley said. "With the coordination to do the work at I-55 and Lake Shore Drive, that's been the big reason for the cost."

The state said during the ramp and lane openings over the next few days, there will be more detours and congestion. Drivers should stay alert and drive cautiously.