CHICAGO (CBS)--A Winter Weather Advisory is in effect Wednesday morning for parts of the Chicago area, but an overnight Ice Storm Warning has ended, leaving a foggy, slushy morning in its wake.

The ice storm was not as severe as expected, but freezing rain was coming down in some areas north and west of the city. 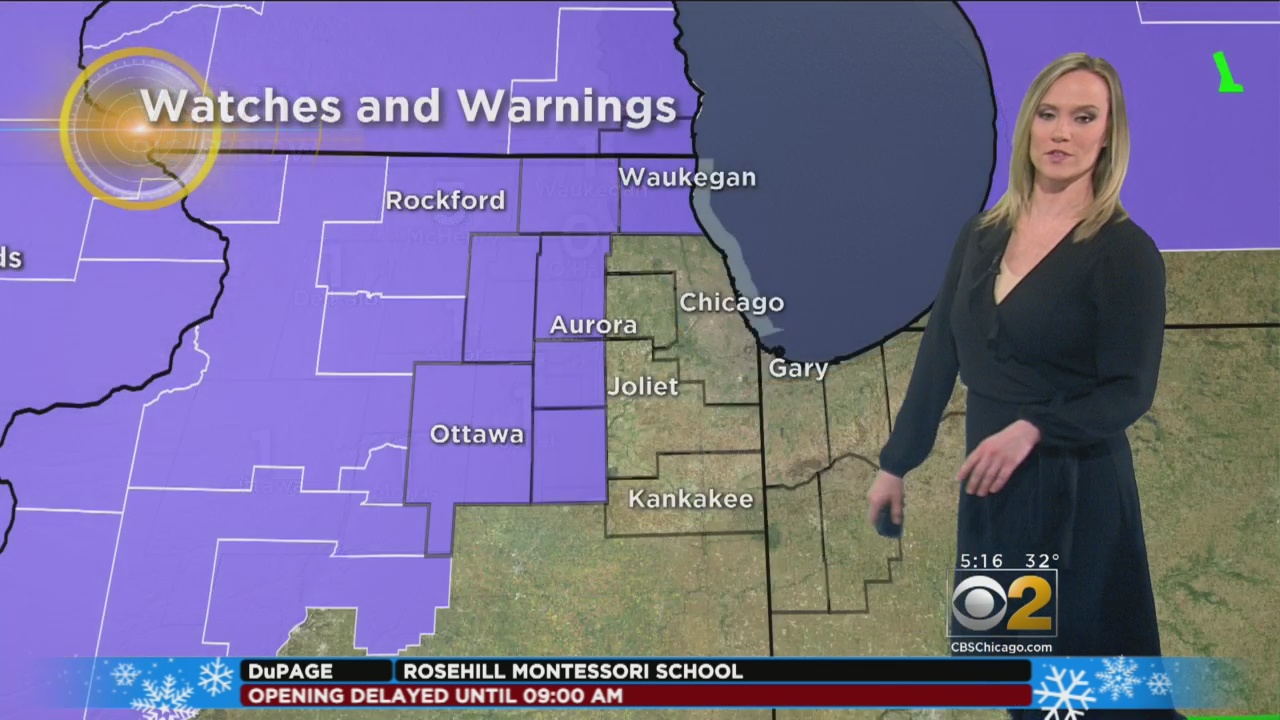 The temperature Wednesday morning was 32° at O'Hare, where 44 flights were cancelled as of 5 a.m. Midway had the same number of flights cancelled. Delays were averaging 15 minutes.

No major traffic incidents were reported on northern Illinois roadways this morning, but traffic was moving slow in some areas, as drivers faced slick conditions.

About 750 people were without power as of 5:30 a.m., according to ComEd. Less than five outages are in Cook County. McHenry County had 643 outages and Lake County had 110.

Tomorrow's high will be 46° before temperatures plunge into the teens Friday.