(CBS) Despite Ozzie Smith and Budweiser's many pleas, Opening Day for Major League Baseball is not an official federal holiday. But it might as well be, as it already meets several holiday requirements -- parades, pageantry, fireworks and, most importantly, not going to school or work (we're not endorsing such things, just saying that it happens so deal with it).

Opening Day is far more than a mere series of games. It's an event. And, as befitting a major event, several historic in-game moments have occurred throughout the years. Some changed the game forever, others are just really freakin' cool. Here are five of our favorites.

Even though he may not be the all-time home run king anymore (steroids or not, Barry Bonds' oversized head gets to wear that crown), Hank Aaron's quest to break Babe Ruth's legendary record is still one of baseball history's greatest stories. While he didn't break the record on Opening Day of 1974, he did in fact tie it, which was an awesome moment in and of itself.

And he wasted no time in doing so. His very first at-bat, against Jack Billingham of the Cincinnati Reds, resulted in No. 714 and a grand celebration that, well, his team did not want to see happen. Not in Ohio anyway. The Atlanta Braves organization really wanted Aaron to both tie and break the record at home, because how could any baseball fanatics but the ones in Georgia appreciate such a milestone?

The Braves got half their wish, by the way -- Aaron broke Ruth's record four days later, in Atlanta. The only reason it took him so long was because the team benched him for the rest of their road trip, thereby making it more likely he would do it at home. Sitting their star player out of pure selfishness paid off handsomely, as the Braves went on to finish third and miss the playoffs by 14 games.

4. Bob Feller pitches the only no-hitter in Opening Day history

Out of the many, many, many games in Opening Day history (give or take a couple manys), none have ever ended in a perfect game. And only one wound up a no-hitter. However, there's a real good chance you weren't there to see it happen, unless you're 80 years old and hanging out online instead of yelling at whippersnappers to get off your dang lawn.

Yep, 1940 saw the first and thus far only no-hitter in Opening Day history when Bob Feller of the Cleveland Indians blanked the Chicago White Sox. And good thing he did, because the Indians' hitters offered just about nothing in support, only scoring one run and somehow forcing Feller to squeak by with a 1-0 victory. While pitching a no-hitter. Awesome job, bats. 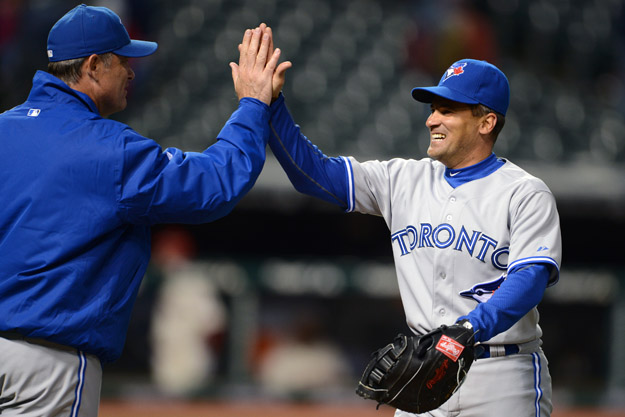 You know how baseball games just get longer and longer every year? Well, anyone in attendance for the Toronto Blue Jays-Cleveland Indians showdown on Opening Day 2012 will never, ever complain about a long game again. For on that day, the two teams battled for 16 innings, in a game stretching for five hours and 14 minutes. The Jays won 7-4 after a three-run 16th, though the real winners were any dedicated fans who sat through every bit of that game and finally got to get up and use the bathroom.

After what they sat through that day, facing down a regular old three-hour pitching duel is easy.

2. Mets stage a huge comeback against the Cardinals

Coming back from a large deficit to win a game is always difficult, doubly so if you're a Met. But the Why-Do-We-Still-Call-Them-Amazins pulled it off on Opening Day in 1996. Falling behind 6-0 to the St. Louis Cardinals after just three innings, it looked like a long and depressing rest of the game for the New York crowd.

However, the Mets decided to pull off a miracle for once, climbing out of their hole bit by bit until finally scoring four runs in the seventh inning to not only tie, but pull ahead. The Cardinals were too devastated to even bother making a comeback of their own, and the Mets somehow escaped with an incredible 7-6 victory. It was pretty much the highlight of their season (they lost 91 games, like any good Mets team should), but dang, what a highlight. 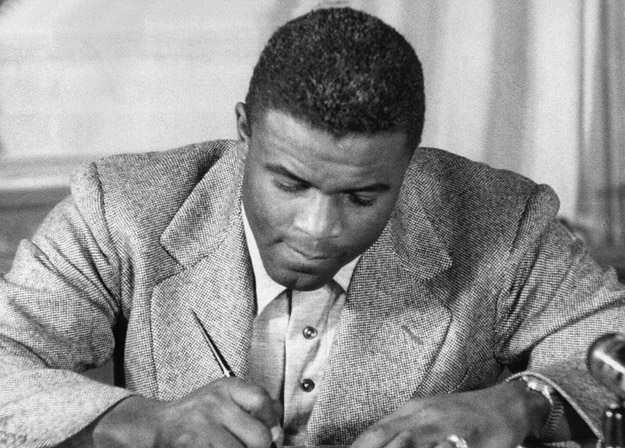 Earlier, we mentioned that some Opening Day moments changed the game forever. Here's perhaps the best example of that. On Opening Day 1947, the Brooklyn Dodgers put Jackie Robinson on a major league field for the first time, which of course made him the first black Major League Baseball player to break the modern day color barrier.

The simple fact that he made it to that level overshadows anything he did on the field that day which, in all honestly, wasn't that much. He went 0-for-3 and only reached base on an error, though he did score a run shortly thereafter. Of course, he would quickly improve, making six All-Star teams, winning a World Series and earning a first-ballot induction into the Baseball Hall of Fame.

And it only makes sense that such a world-changing career would begin on Opening Day, our nation's next big holiday (maybe).