CHICAGO (CBS) -- The I-80 bridges over the Des Plaines River in Joliet are being called the "signature project" of Illinois' largest ever capital bill, and now due to the dangers some say the bridges pose, they will be replaced. 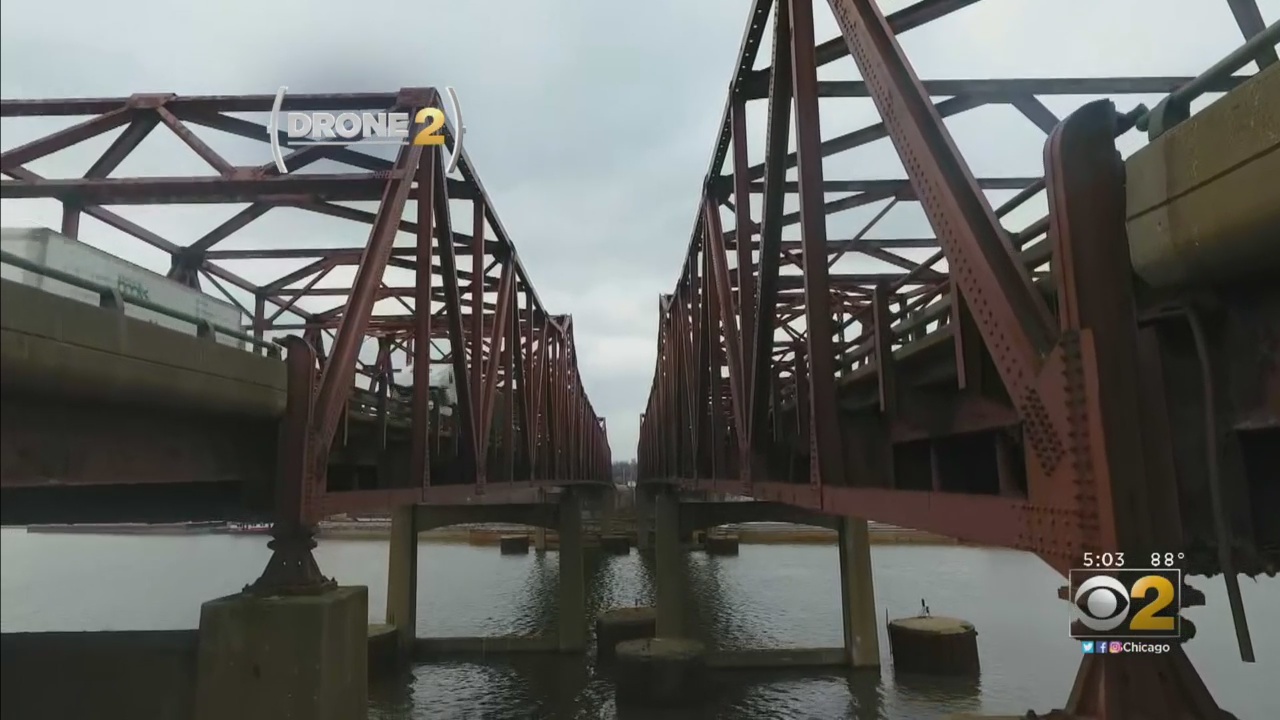 The bridges have been described as the poster child for Illinois' infrastructure problems, but that reconstruction comes with a hefty price tag.

Kristine Juline lives directly under the westbound span of the I-80 bridge over the Des Plaines River, but she didn't know it had one of the lowest structural sufficiency scores in the state until CBS 2 first reported it in February.

"If they've known about it, it should have been a priority," Juline said. "It shouldn't come down to the place where it's about to fall down all of our houses."

But they did more than just alert residents.

They sounded the alarm for lawmakers who voted to secure $848 million in funding for I-80 improvements.

"That is one of many projects across the state that are in desperate need of rebuilding, so that people can be kept safe," said Pritzker.

But the Illinois Department of Transportation repeatedly said the bridges are safe for travel, and $5 million worth of interim repairs are already in the works.

An IDOT representative said the steel repairs and bearing replacement on the bridge has begun and is expected to last through 2020. Work to be performed will primarily be under the bridge and is not expected to significantly impact traffic, but off-peak lane closures may be needed periodically.

The bridges were most recently inspected in late April and early May and showed no change from the inspection reports CBS 2 first showed in February.

The new eastbound bridge has a sufficiency rating of 7.4 out of 100. The westbound bridge is worse with a score of 6. Anything below 80 is considered deficient.

"It's very exciting to go in just a few months' time from not knowing what the next step is to having something concrete in place to be able to deliver this project," said Doug Pryor of the Will County Center for Economic Development.

Pryor said the bridges are so important to the local economy and national freight industry that they can't just shut them down for construction. The plan would call for the existing bridges to remain in place while the new decks are constructed nearby.

According to IDOT, the improvement plan is currently in its first phase including preliminary engineering and environmental studies from I-80 from Ridge Road to US 30. The study is evaluating the existing and future needs of the corridor.

The department is evaluating the region's overall transportation infrastructure needs and will be releasing its 2020-2025 Proposed Highway Improvement Program "in the very near future," according to an IDOT spokesperson.