CHICAGO (CBS) -- It started with one woman's act of kindness – putting up homeless people in a hotel during this week's dangerous deep freeze. Then it snowballed to a lifesaving effort by a group of strangers on the city's South Side.

Many people from "Tent City" on Roosevelt Road near the Dan Ryan had to abandon the area after a propane tank used as a source of heat exploded Wednesday morning.

Volunteers dug deep into their pockets and picked up the tab for 60 hotel rooms for homeless men and women during the cold snap. 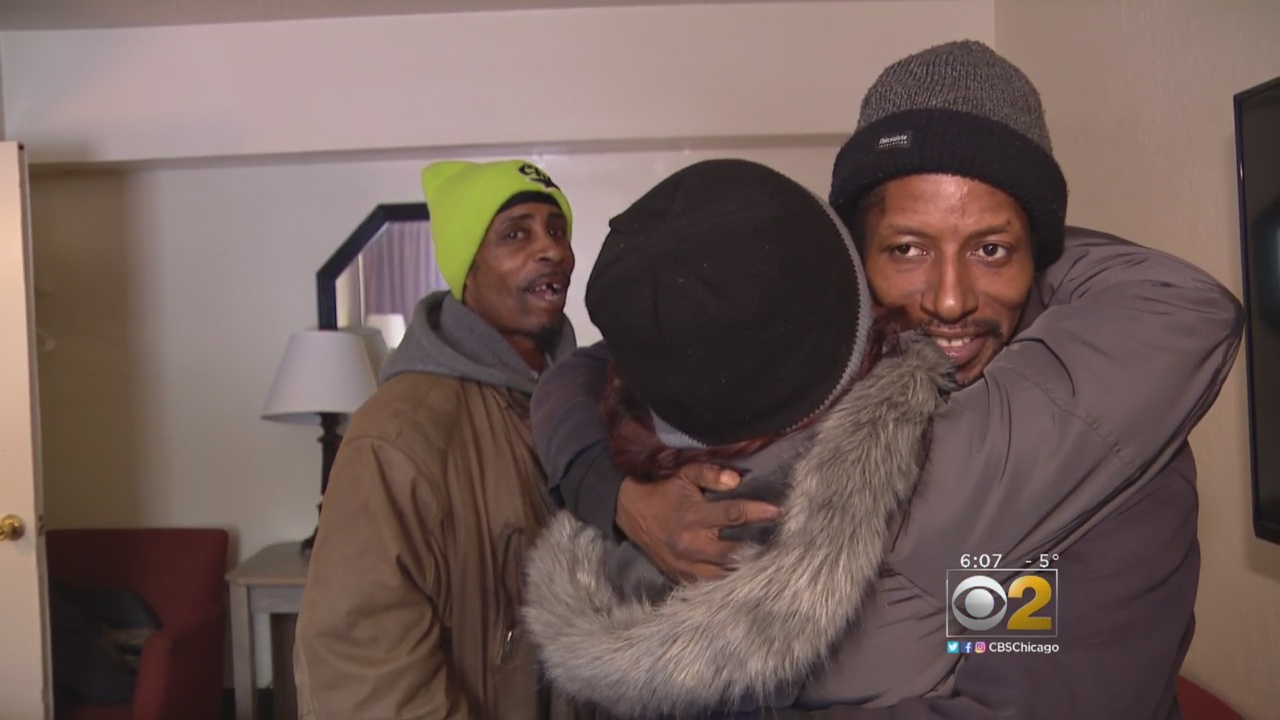 They worked together like a family, turning a hotel bathroom into a makeshift kitchen.

The volunteers are also gathering donations to help replace the items that were lost.

And they're all building lifelong friendships even though most of them just met.

"All of us don't know each other," said Candice Payne, a good Samaritan.

Candice Payne started it all, impulsively charging 20 hotel rooms on her American Express card after realizing how dangerous this week's sub-zero temperatures would be for the Chicagoans without homes. She posted about it on social media and soon the donations and offers to help bring food came flooding in.

"Maybe they didn't know how to or where to start to help, so I'm glad that I was able to be that vehicle," she said.

When they got the offer for a warm bed they were getting ready to sleep on the street or to be charged with trespassing in their attempts to escape from the cold.

"We don't get that type of help," Jermaine said. "I really needed them at that point, so they came right in time."

They hugged and said thanks, touched by all the kindness, the like of which, they say, they've never seen before in their lives.

"We hear about that on the news and other places but I seen it up close and personal today, and I really want to thank y'all for looking out for our people," Robert said.

So far this group has been able to cover three nights at the hotel for approximately 80 people. They're hoping to continue working together to help provide a more long-term solution for these people in need.