CHICAGO (CBS) -- The Chicago area is under a high wind advisory, and that could be a major problem for hospitals using medical tents as they fight COVID-19.

Medical tents have been set up at Rush University Medical Center for weeks to keep COVID-19 patients separate and to slow the spread of the virus. Tents at Rush are currently not visible because the hospital has enough space to set them up inside the ambulance bay.

So far more then 3,400 people have tested positive for the virus in Illinois.

Triage tents can be seen outside Swedish Covenant Hospital on the Northwest Side. They're also at Loyola University Medical Center in Maywood and outside West Suburban Hospital in Oak Park where one man recently died from the virus. 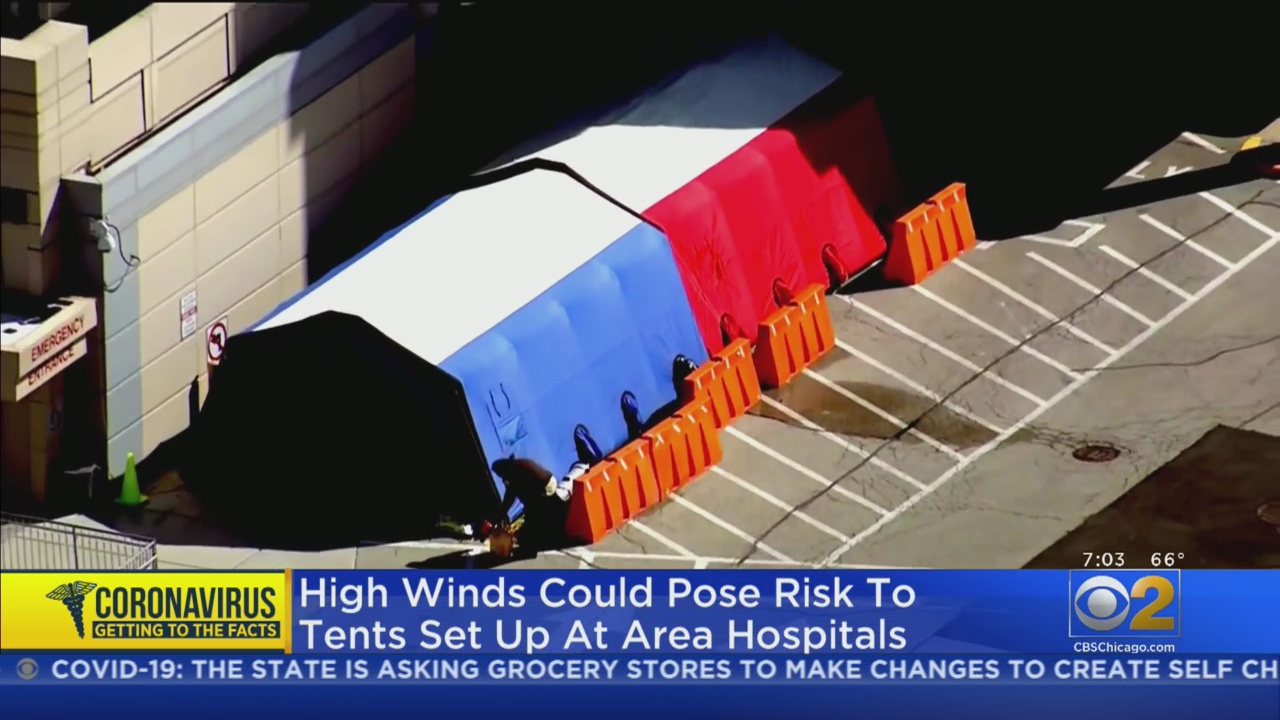 But the tents could be under a big threat with high winds of speeds up to 50 mph. The big concern is that unsecured tents could collapse.

One hospital official told CBS 2 that she told her staff members to take down the tents when possible.

Some tents have been cleared of valuable equipment and others have bene secured with large blocks of concrete.

So far there have been no reports of damage.