Theater buffs will love it, but park-lovers may not feel the same way. 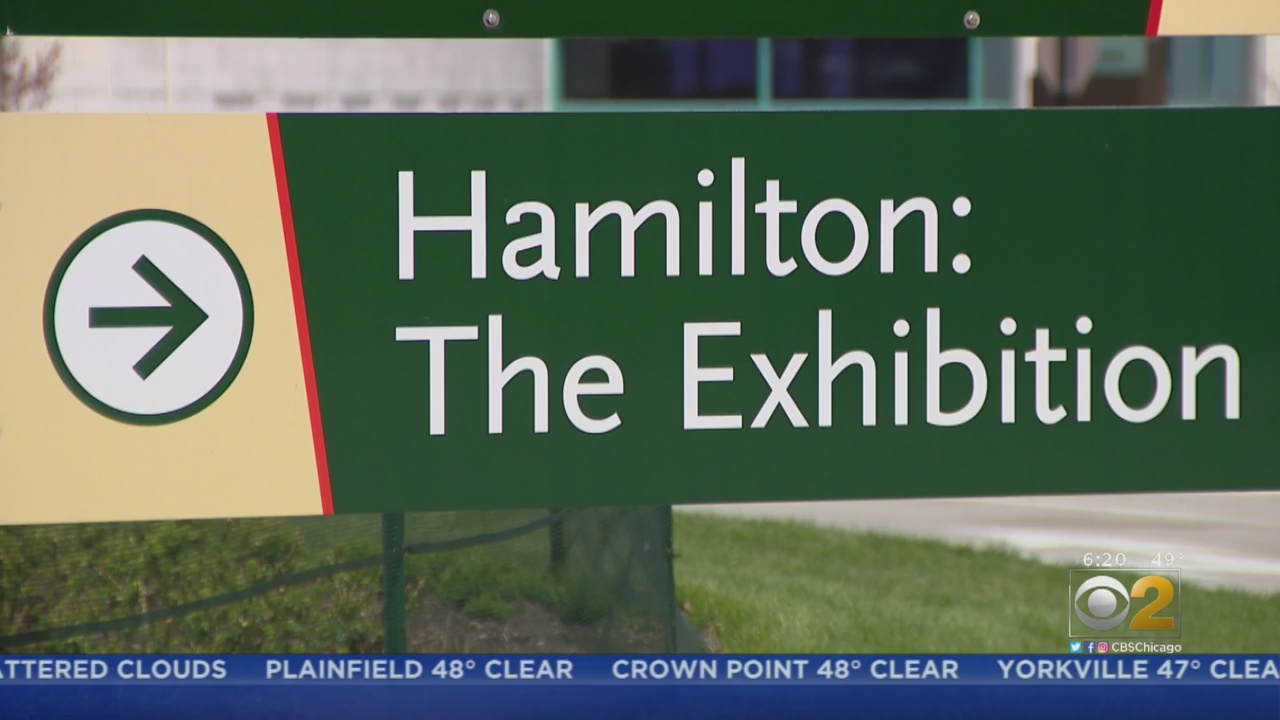 The phenomenon known as Hamilton has traveled from the Broadway stage to the marsh lands of Chicago's Northerly Island, where a 35,000 square-foot temporary structure now houses a touring museum dedicated to the founding father.

David Korins is the creative director and designer of the project. He founded the financial system and created the electoral college.

Hamilton fans will travel through the Schyler Sister's parlor, coming face-to-face with Alexander and his wife Eliza.

Visitors will walk through a neon-lit hallway dedicated to England's King George, while listening to an expanded soundtrack from the show.

"The show has become a portal for a conversation about early America," Korins said.

With interactive touch screen exhibits, the attraction introduces visitors to revolutionary notables and expands on themes that played only supporting roles in the musical—like the not-so-inevitable creation of a new nation.

"It is a really three-dimensional--as you can see, fully-immersed world," Korins said.

The idea was born by fans reaching out to Hamilton creator Lin Manuel Miranda.

"Basically every day someone would tweet to him and say 'hey do you know it's John Lawrence's birthday'? Or 'hey it's Alexander and Eliza's anniversary' or something like that," Korins said.

Juanita Irizarry, the executive director of Friends of the Parks said, "I got to go to Hamilton—it was great. It's wonderful to have that exhibit in Chicago, but we have questions about it."

Friends of the Parks successfully challenged the construction of the Lucas Museum of Narrative Art on lakefront park land.

Irizarry points to the temporary concert venue on Northerly Island, which is still standing.

"We do worry that things will be built as temporary and will never go away," Irizarry said.

Korins said the exhibit was a way to engage Hamilton fans in a discussion about who Alexander Hamilton was as a man, and not just as a character in the famed musical.

About 2.2 million theatergoers have seen Hamilton locally, which is why Chicago marks the exhibit's world debut.

The exhibit will eventually hit the road, but no closing date has been set.

The exhibition officially opens this weekend.