CHICAGO (CBS)-- Chicago police are trying to find a stolen car that could be connected to last week's knife attack of a 22-year-old woman.

The suspected car is a white 2010 Suzuki Vitara with a sunroof and Indiana license plates. 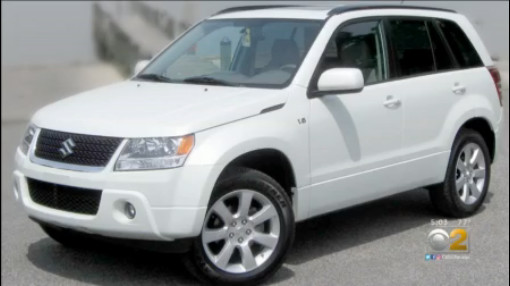 CBS 2 spoke  with the Good Samaritan who found the victim and called police.

Around 3:30 a.m. on July 18, Syed Subhan was driving northbound on Halsted when he saw a woman, motionless, on the ground, near Lincoln and Halsted streets and Fullerton Avenue in Lincoln Park.

"I [saw] a girl laying on the floor, full of blood on her forehead and the throat area," Subhan said. "I thought she got hit by a car, but then I see the blood and I realized it's something else."

What Subhan didn't know was the recent DePaul graduate he stopped to help, was the victim of a violent knife attack, in a nearby alley.

"Cops came in less than 5 minutes, I was there for about two and a half hours."

Subhan did not leave her side.

"I did not want to leave her helpless," he said. "I hear that she is recovering right now in the hospital."

CBS 2 asked police if there is a connection between this recent incident and a similar unsolved attack that took place in the same area, last April. Police said they can't comment on a possible link, as the investigation continues.